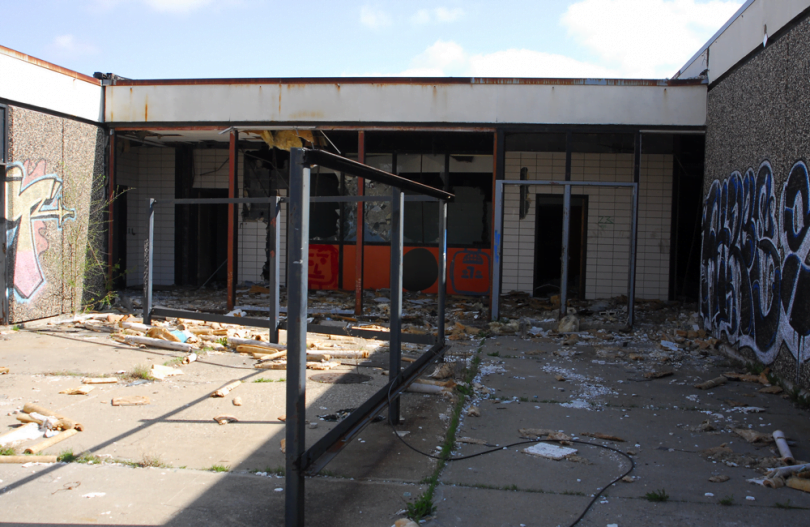 The education sector has faced unprecedented cuts to its funding for years now, and the latest promise by the government of £1.3bn of extra funding will provide very little respite.

Education Secretary Justine Greening announced last month an extra £1.3bn in funding for schools over the next two years to enable schools to provide a ‘world-class education’. The reality? That prospect vanished many years ago when schools first started experiencing cuts due to austerity, and schools were challenged to manage without money for textbooks, exercise books and other basic resources.

What’s more, the money will come from savings within the Department for Education: it would appear the government haven’t turned to that infamous magic money tree this time. This has drawn criticism from Labour MPs, including shadow Education Secretary Angela Rayner who highlighted the fact that there was no new money being offered to schools, and TES who turned to a report from the Institute of Fiscal Studies to claim that the extra money would amount to real-term cuts of nearly 5% over four years due to inflation and rising pupil numbers.

The impact of cuts has already been felt

The damage has been done, and it will take years to rectify. Whilst many news stories turn to individuals’ plights and struggles due to austerity-imposed cuts, the fate of schools has often been overlooked. The prevailing attitude has been that ‘they’ll manage’, but the reality is that they are not managing – in fact, many are seriously struggling.

A number of schools have turned to parents to ask for financial contributions to ensure their children can continue to have access to resources which will enrich and enhance their education. Relying on the good will (and the availability of some spare cash) from parents, carers and guardians is the sad reality of our education system today.

Labour MP Jess Phillips tweeted at the end of the school term about how her children’s school had said they can’t send the year’s exercise books home with children this year because they need them for the next academic year.

Had letter from my kids school, they won't be sending this years exercise books home as they need to use spare pages next year #schoolcuts

Students will still lose out

Whilst this money may be reallocated to certain areas in desperate need, it is also taking money away from areas which are arguable just as in need in the process. With the money coming from existing money within the Department for Education, one of the areas which is having money diverted away from it is children’s sports and healthy eating programmes, which were due to be funded by money raised from the sugar tax.

This will take yet more extra-curricular and additional support given to pupils away. This includes the provision of free breakfast before school, which helps thousands of families otherwise struggling with austerity-induced cuts and hardship. Furthermore, more schools are having to reduce the time spent teaching subjects such as art or music, which require a substantial amount of equipment, with some scrapping these subjects altogether.

One of the more obvious impacts of austerity cuts in schools has been the ballooning of classroom sizes. With the majority of school budgets going on the salaries of teachers, as more schools are feeling the squeeze teachers’ jobs are being sacrificed and, in the process, the quality of education afforded to students. I can vouch first-hand for the massively improved quality of education afforded by smaller classroom sizes, and this obvious quick-fix is going to have long-term consequences, reflected in student attainment and overall experience of school.

After-school clubs are also being axed, something else which hugely benefits a number of working families whose working day doesn’t finish in time to collect children from school at 3:30pm. Aside from this, these clubs are often where children learn vital social skills as well as realise their potential in activities outside the classroom. The reduction of the availability of these clubs risks imposing a damaging and lasting effect on students.

The knock-on effect of certain subjects being scrapped is also widespread. With subjects being scrapped at both GCSE and A Level, some students will find that the subject they excel in are no longer offered. This could result in them struggling to maintain the level of attainment expected of them, and reduce their chances of following the path they had planned to after finishing their GCSEs or A Levels. This might seem extreme, but if a student excels at performing arts but struggles with subjects such as the sciences or humanities, and performing arts is no longer offered at their school, their chances of going onto further or higher education to pursue the subject they’re good at are substantially diminished. This will ultimately mean less student progressing to higher education institutions.

Alternatively, some students may decide to move schools in order to study the subjects they want to, which may result in higher travel costs being incurred for the family, a longer day for the student and having to make new friends in a new school at a crucial point in their school career.

In short, the damage has been done. £1.3bn is not going to rectify this. It might take the pressure off slightly, but it will take an incredible amount of political will plus additional funding to restore education to its former state and restore faith in both the government and the education system. This extra funding does not go far enough, and there are a notable lack of promises to ensure students and schools get the exact support they need. Pledging a world-class education is an empty promise, and one that won’t cut it at a time of continued austerity and struggling schools.