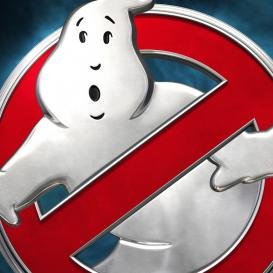 So, the predictable has happened. Many people have taken to social media to complain about the new Ghostbusters film, following the release of two trailers. It was to be expected.

The reaction has been pretty volitile, with the one of the trailers receiving an extraordinary amount of dislikes on Youtube. The majority of those are enraged because the iconic male protagonists have been replaced with women.

In an interview with Variety, the film’s director Paul Feig said the response on social media and the internet as a whole was, “some of the most vile, misogynistic s— I’ve ever seen in my life”.

The sexist outcry against the ‘Ghostbusters’ remake gets louder https://t.co/UfYkhGqMQm pic.twitter.com/BQevPaGUvT

Safe to say, I am not one of these people who harbour negativity with the latest Ghostbusters. Quite the opposite, in fact.

I was anticipating the film greatly. Perhaps it would be a breath of fresh air into a beloved franchise, I thought to myself as publicity photos surfaced online.

It was also the prime opportunity to bring women into the centerfold in a high-profile franchise that before had only starred men. Of course, for this to work, it would have to be tactfully done. There is really no need to proclaim ‘look everyone, they’re women in a big budget film’ from the rooftops.

However, after the release of the first trailer, I steadily came to a sad realisation.

Firstly, if you do have the mildest of concerns about female leads in big mainstream films, just remember how good Daisy Ridley was in Star Wars VII: The Force Awakens (2015). A wonderfully captivating peformance.

There is no reason why the cast of Ghostbusters cannot do the same. As of now, prior to the film’s release, that has yet to be proven true or otherwise.

The sad realisation comes in the form of the new Ghostbusters not really being the much needed step forward in the gender-related epidemic in mainstream cinema, but instead epitomising everything wrong with the mainstream’s over-reliance on recognisable brands.

This is hardly a case of “this ruined my childhood”. The original film will always be there to enjoy.

Remakes and reboots reek of the need to capitalise on a recognisable property.

I’m not going to look at the industry with rose-tinted glasses. For much of the film world, the products they make are a business. The existence of cinemas, home video releases and streaming all exist for the purposes of money-making. You won’t be seeing the latest blockbuster toddling into the realm of public domain films. You have to pay to be entertained – a fair deal.

It would be nonsensical to state that films and their creators should not do this. If people are willing to pay to see a film or buy a related product, why should they defy the logic of supply and demand? However, the place of the remake, now often referred to as a “reboot”, is becoming increasing established in the mainstream film industry.

From humble beginnings in the eighties, such as John Carpenter’s The Thing (1982) or Chuck Russell’s The Blob (1988), it grew throughout the nineties, peaking at the astonishingly bizarre shot-for-shot remake of Hitchcock’s Psycho (1998) by Gus Van Sant.

Imagine a world where a Ghostbusters remake was hopefully a fun movie, instead of a litmus test of your value as a human. #perchancetodream

The lifeless remake of Total Recall starring Colin Farrell provides a dull example. Even Disney are not exempt, with The Jungle Book, Cinderella and Alice in Wonderland all recieving live-action reboots.

Let’s not even get started on comic book films. Spiderman and Fantastic Four, I’m looking at you.

And I don’t dislike the new Ghostbusters because they’re women
I hate it because it looks like cliché, pandering garbage.

But how does Ghostbusters fit into all of this?

The real anger surrounding Ghostbusters shouldn’t stem from the female cast. This shouldn’t even be an issue. Unless the original actors from the 1984 original are being airbrushed out and replaced, there’s no reason to be irate.

Instead, audiences should question why there is so much reliance on recognisable names and brands and why remakes/reboots are now a massive sector in mainstream cinema. Where has the originality gone in filmmaking? Where is the risk?

I think Ghostbusters is going to suck story wise but i like the cast, well 3 out of 4. I hate it for it being a 80s remake and not the cast.

What separates the original Ghostbusters from the new remake is that it had originality and it took a risk. It was trying something that was filled with imagination and was utterly inspirated as a consequence.

The remake/reboot has yet to be seen at the time of writing, but the mere fact that it uses a franchise that has been cinematically dormant since 1989 and only recieved attention when the possibility of the never-to-be-made Ghostbusters 3 was aired around raises an eyebrow.

A time for change?

There exists a need to reinvigorate mainstream cinema. The original blockbusters that revived the system back in the seventies, such as Jaws (1975) and Star Wars (1977).

You can’t help looking at some of the recent and scheduled releases and question how long this reliance on remakes can last before audiences get bored and the well of remakable material runs dry. Remakes and reboots should exist. Taking an idea and improving upon it is a great thing for a filmmaker to do. But, if it is for the sake of a recognisable name only, then the film’s merit becomes shaky.

I’m perfectly comfortable with the Ghostbusters being female. There is nothing wrong with trying something new. But, when trying something new, go all the way and insert originality and new concepts into films. Seek to find a fresh way to entertain an audience. Proton packs and a Slimer ghost can only go so far.

Perhaps it’s time that mainstream cinema resists the temeptation to return to old and dormant franchises and continues in the quest to find the freshest and newest film ideas to excite audiences.

What do you think? Have your say in the comments below!