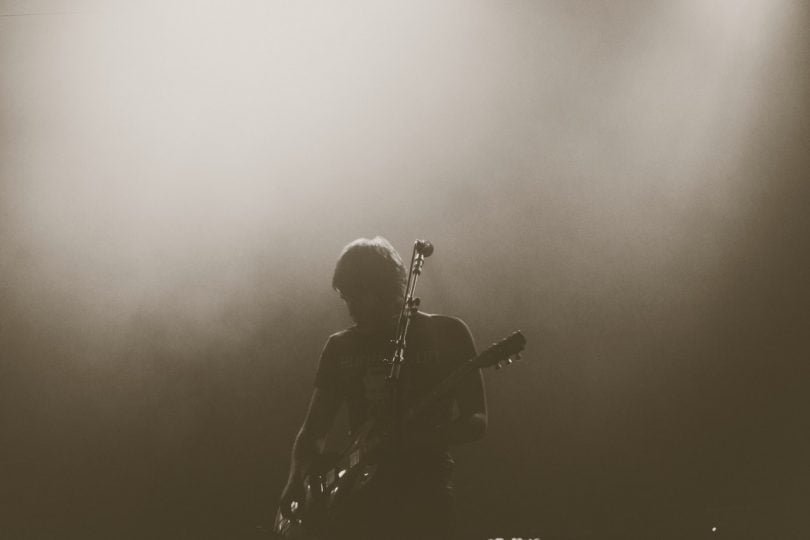 Punk music in the UK was arguably a response to the poor conditions of living during James Callaghan’s time as Labour Prime Minister.

Punk music in the UK was arguably a response to the poor conditions of living during James Callaghan’s time as Labour Prime Minister. Though it wasn’t until Thatcher came to power that punk really hit its political stride. One specific example of this is when punk came out in support of the miners during the 1984-85 strikes.

In the late 1970s, under Callaghan, both unemployment and inflation were rising, whilst public spending was being cut. These conditions caused the first wave of the punk explosion to occur, with bands like the Sex Pistols and The Clash forming as a response to the dismal realities of 1970’s British life. This initial movement that began under Callaghan’s reign in Downing Street would provide a perfect base for other musicians to build upon in later years under Thatcher.

After Thatcher came to power there were a series of strikes within the country, with growing unrest levelled at her increasingly controversial policies. From the start of her time in Downing Street, it was clear to everyone that she didn’t intend to befriend those living within working class communities.

The unrest within the country at this time was expressed perfectly by the music produced by the next wave of punk musicians. Artists such as Crass, Billy Bragg, The Neurotics, and The Specials all wrote about conditions within Britain at this time, pointing the finger at Thatcher for her role in the country’s misfortunes.

In 1984, fresh from the Falklands conflict, Thatcher began to plot one of her most controversial acts yet as Prime Minister – the closure of coal pits up and down the country. This action threatened to cast thousands of mineworkers into unemployment.

As a response to this, the National Union for Miners ordered a national strike. Miners from a number of pits decided to heed the call of the union and strike, forming picket lines to protest the impending closures. In many cases this led to the participants being unable to claim their benefit, or receiving a reduced amount from the Department for Health or Social Security (DHSS).

When record storeowner and promoter Simon Phillips heard about what was happening, he decided to host a series of benefits for the miners. These shows were intended to raise money to supplement the workers and their families, as well as raise awareness for what was happening in these working communities.

These gigs would attract bands such as The Pogues, The Neurotics, and Crass, in addition to the popular singer-songwriter Billy Bragg.

Billy Bragg is the artist that is perhaps most commonly associated with these gigs. Having built a career as a political singer songwriter, he saw the gigs as a way of testing how much music could change the world.

He states: ‘The miners strike put me in a weird position, where…I could really test this idea of what can music do in politics. I could actually go out, having listened to political music, and…music that had tried to change the world, and I now had an opportunity to try and do that.’

In 1984 Bragg placed an advert in the NME, stating his interest in playing at a benefit for the miners. Simon Phillips saw this and booked Bragg to appear at an upcoming show, the third gig yet to be hosted for the miners.

Other groups had more personal reasons for getting involved with the benefit gigs. The rise in VAT under Thatcher’s Conservative government meant that the Neurotics’ debut album ‘Beggars Can Be Choosers’ was delayed, as they had to find more money in order to pay for the increased printing costs. This act caused the struggling musicians to take an immediate disliking to Thatcher.

‘Audience needs to change the world’

Steve Drewitt, lead singer and the songwriter for The Neurotics, states: ‘From the word go, we had become anti-Thatcher, but as the dust settled over that change in political equilibrium, we started to realize what that meant to people and we started to become more political.’

‘We got really involved with doing benefits to support the miners and the miner’s wives, and helped raise money so that they could stay out on strike. That was our way of doing something meaningful in fighting against Thatcherism.’

The responses to these gigs were favourable, with many people openly expressing their support for the miners’ cause. This enthusiasm was a testament to the depth of feeling in the country at the time. Musicians, such as Billy Bragg, even went so far as to forfeit some of their pay for the event. This was done in order to improve the efficiency of the fundraising for the Bedwas miners’ food fund.

Despite the overwhelming support for the movement however, today Bragg reflects soberly on the events. He suggests the event was not about raising money, but instead about raising awareness for the cause. Arguably, the benefit gigs achieved this. They were responsible for introducing a generation of young music fans to an alternative perspective of what was happening in the country.

Following this event, Bragg would later be inspired to form Red Wedge. This was a political movement that sought to oust Thatcher in the 1987 general election in favour of the Labour candidate Neil Kinnock. Red Wedge would utilize very similar techniques in order to spread their message. This included recruiting musicians to tour the country, in an effort to raise support.

Commenting on these events, Bragg now states: ‘The miner’s strike was a huge education for me. It allowed me to see the limits of what you can do with music. Perhaps beforehand I thought that music could change the world; but after the miner’s strike and Red Wedge, I came to realize that what music could do is offer you a different perspective of the world. It’s not only the reality but it’s the responsibility of the audience to change the world, not the singer-songwriter.’