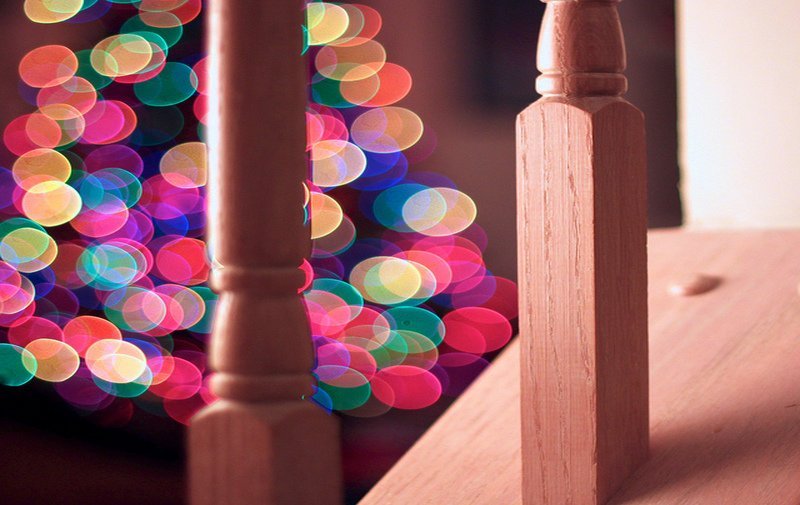 Among the turkey and tinsel, the gifts and the endless supply of chocolate, lies the true shining star of the holiday season – the perfectly-wrapped present that is Christmas television.

Whether on 25th December festive programming takes centre-stage, or hums unassumingly in the background, the TV is undeniably as part of Christmas as novelty pop songs and cheesy cracker jokes. This is where lies its beauty: it can command families to gather round and indulge in the EastEnders special, or quietly entertain a room full of people with classic comedy sketches while respecting that, for an hour at least, the focus is on paper hats and copious amounts of pigs in blankets.

As the years go by, it can feel as though Christmas begins earlier and earlier. The array of Halloween goodies has hardly left the shelves before the selection boxes and advent calendars creep into view. So much so that it would be no great surprise to witness trick-or-treaters garnished with chocolate Santa Clauses and candy canes come October.

Christmas, of course, can only begin once one very important tradition has been upheld. You can keep your festive markets and Mariah Carey hits; for children of the ‘90s, there is only one inimitable and universally-accepted adjudicator of the official start of the most wonderful time of the year: the Coca-Cola advert. A trusted statement that the holidays really are coming, the soft drinks commercial is the subject of such fond memories for “market-driven” millennials, even if the warm and fuzzy feeling long preceded any notion of commercialism now associated with the brand.

The Coca-Cola advert may be the original and the best for many of us, but there is no shortage of Christmas commercials in 2017. Retailers, supermarkets and even television channels have stamped their mark on the monopoly of festive TV advertisement. One competitor that stands out year upon year is John Lewis. The department store has created a tradition of capitalising on the irresistible combination of cute animals and a heart-warming fable to wow the nation each winter. Usually making its debut during the break of The X Factor, the annual five-minute lesson in friendship, love and life would thaw the heart of even the grouchiest Grinch.

Jokes aside, it is easy to forget the true meaning of Christmas amidst the overwhelming presence of commerce and expense. Annual fixtures such as Songs of Praise can make the least devout of us feel warm and glowing inside as we sip a mulled wine to the chorus of O Holy Night.

TV at Christmas is as magical as the fall of that first snowflake, or the sweet rustle of Quality Street wrappers as you dive into an untouched tub of glistening jewels. The season plays host to the perfect balance of nostalgia and newness. The same repeated Morecambe and Wise special we all watched in 2003 is firmly pencilled in for 25th December 2017, and 2047. The exact Royle Family festive episode that had us laughing at jokes we did not understand still leaves us in stitches decades later. Among the traditions of Christmases gone by are the treats which allow us to create new memories: the endearing adaptations such as Esio Trot and Ethel and Ernest will reach cult status for future generations.

Another mainstay of Christmas television is the wonder of the sitcom. With the regular episodes we enjoy all year round we forge (albeit it one-way) relationships with the characters as they navigate normal life. December 25th is no different for them than us, as they offer reassurance that we are not alone in our yuletide grievances. Whether we identify with the disastrous culinary attempt of Del and Rodney’s grandad in Only Fools and Horses, or the family tension between the two clans in Gavin and Stacey, the holiday season brings with it a whole host of obstacles and seeing this emulated in the TV we watch can be a welcome, sobering affirmation at a time that emotions are heightened.

That is the bittersweet nature of Christmas: while it is a constant fixture on the calendar – a beacon of light in a world of uncertainty – it can often be a time of sadness and reflection as we notice the small yet shattering changes from the year before: one less present under the tree; one less place at the table. As shockingly cliché as we may find Christmas television, it can offer a sense of comfort and familiarity at the time of year we need, and deserve, it most.

So, this year, take pride in your Xmas TV traditions. Watch The Lord of the Rings trilogy on Christmas Eve (shout out to Kettle’s Women’s Editor Rita Cunha), or become a blubbering mess at The Snowman for the twentieth year running. Television may be such a small, trivial part of our day-to-day life, but at Christmas it truly glistens.