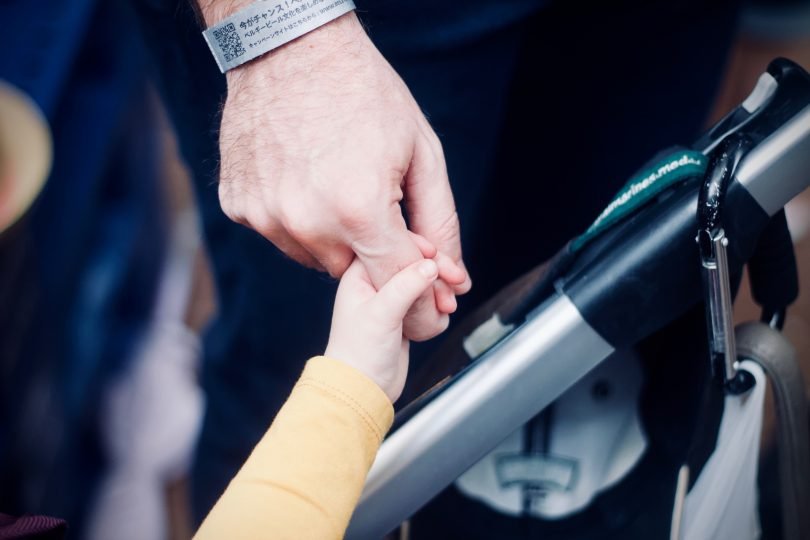 A recent study led by the University of Sheffield show that preconceptions of single parent families have led to inequality and discrimination in accessing work and education.

Findings from the report suggest that many of the policies and support systems created for dealing with single parent families are based on stereotypes and misinformation, including the supposed impact of being raised by a lone parent.

”There are clear signs that children’s wellbeing is not negatively affected by living within a single parent household. This fresh look at family life must now be reflected in policy making and research alike.”

No entry: education for the few, not for the many

One of the areas most in need of policy changes is higher education. Access to university can become impossible for single parents due to a lack of support in areas such as childcare.

Keri Lee*, a Masters graduate in social work, said that the pressures arranging childcare around her degree led to poor health and severe stress.

She said: ”I was one of the few people on the course that had kids (and certainly the only single one) so I often had to excuse myself from social events. I was always running everywhere.

”My commute was almost two hours so she was at the childminder from 7am and I wouldn’t collect her until 6pm. ”I would work through the night, sometimes not going to bed until 5am. I was exhausted and if she fell ill I was scuppered.

There were times I felt I was drowning.”

Though some universities offer a creche for parent students or staff, this is not a requirement for every institution.

”We don’t currently have a nursery or any links with local nurseries. We do have a range of systems in place to support students, not just single parents.”

These include counselling and financial help, pregnancy policy and the SU voice team who can attend meetings on a student’s behalf in the event they are unavailable.

She says she believes the key to supporting parent students is forward-planning:

”It is essential that single parents are given the right support and information before starting a course.

”An issue we have seen is that students aren’t always given their timetable in advance which can make it difficult for a single parent to make childcare arrangements. Action to resolve this prior to the start of term would allow an easier start for single parents.”

Lack of reliable arrangements and a disregard for the needs of single parent students has been a constant battle for Farrah, studying a Masters degree at Goldsmiths. 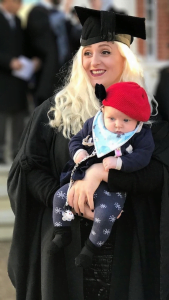 Farrah graduated from her first degree whilst raising her daughter alone.
Image courtesy of Farrah Kathleen

She said: ”Some staff have been actively hostile, the nursery on campus is totally inaccessible, and there’s absolutely no support for parents.”

She feels the responsibility to fight for equal access to education falls solely to her.

”It’s a lot of work on top of everything. It’s a very exclusive club I think, the student parent who has it easy!”

She said: ”Our report with the University of Sheffield debunks myths about single parent households. We urge policymakers and researchers alike to do more to challenge popular stereotypes and reflect the dynamism of family life.”

According to another Gingerbread report published earlier this year, these issues are also having a significant impact on access to apprenticeships.

The report stated: ”The reality for single parents is that they are disproportionately concentrated in low paid work and research has shown that once in these jobs, this is where they stay.

”Apprenticeships and traineeships are one potential route for single parents to increase their skills levels and work experience, and thus their ability to secure better-paid and more sustainable work.”

Despite the challenges, Keri Lee says she is proud of the completing her studies:

”I remember it as a massive juggling act and one I would never do again, but you never regret it.

”I felt so empowered and felt I was setting a really important example to my daughter of what you can achieve and about overcoming challenges.”