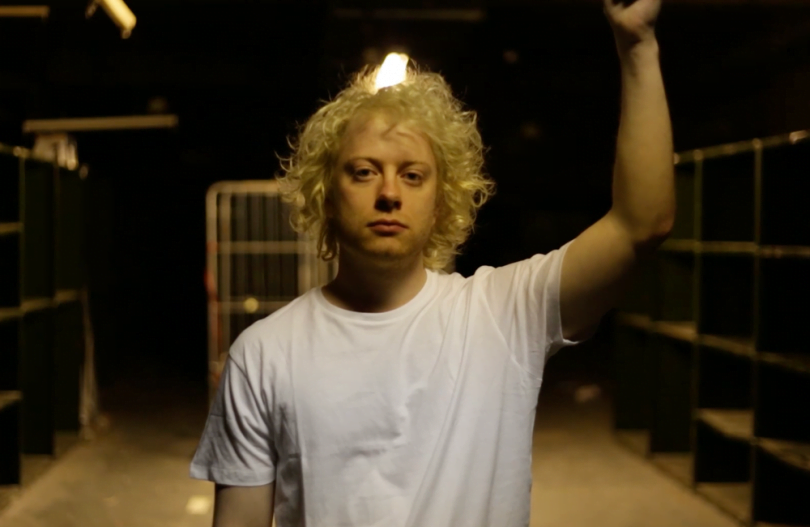 During the apocalypse, the last surviving man creates God to battle his suicidal urges

For many who’ve never struggled with their mental health, the concept of depression is an alien one. For those of us who have, it can often be exhausting trying to explain the experience to others.

Enter: Apocalypse of the Mind.

Tim Norwood’s creative exploration of mental health brings his audience into the mind of the last man on Earth, as he debates, cajoles, and derides the God he has created, and attempts to navigate the murky streets of his subconscious.

Using a variety of myths and legends, from the Ancient Greeks to the Norse Pantheon, Tim’s ‘last man on earth’ develops a fantasy world in which to address pressing issues from reality. Covering topics including hopelessness, loneliness, futility, and empathy, Tim inhabits a mind that is constantly questioning, and consistently frustrated by the lack of answers he finds.

An icon built from the beliefs of many civilisations, and a table littered with books and artefacts, are the only props used throughout this hour of storytelling. This understated style allows the stories to speak for themselves, but the show as a whole may benefit from having a little more attention paid to the set. In-keeping with the toned-down style, it would be easy to imagine that a more closed off space – perhaps a bedroom – or some use of digital backdrop, might add to rather than take away from the show.

Nevertheless, the conceit of the myths allows Tim to address the perils of the thinking mind, and consider provocative, personal issues in a safe and artistic environment. By weaving individual experiences, metaphor, and a variety of legends around the complex issue of mental health, Tim succeeds in exploring society’s prejudices against those who suffer, and creating an affecting other-realm where anything seems possible.

Overall, the piece was a fascinating foray into the mind of one man, and the fables of many civilisations, but I couldn’t help feeling as though there’s still work to be done. A greater exploration of surroundings would have improved the show, but even so, I left with a sense that this is a piece of work that could grow much further and become key to a universal understanding and acceptance of mental health.

You can find Tim Norwood on Twitter at @tmnrwd