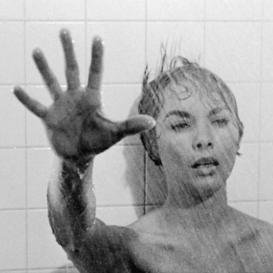 The power of cinema lies in the effects films have on people. Films can make you cry, laugh, alter your opinions, influence you, be representative of a milestone in your life and can even change your life. Our new weekly film column, ‘The Film That…’, explores the impacts of cinema on people. Nadene Chandler lets us know how the classic thriller Psycho changed her perspective on viewing film.

I thought I’d start with my favourite quote from the film, it’s not at the start, it’s the last spoken passage in the film. “It’s sad, when a mother has to speak the words that condemn her own son.”

Everyone has that one film where they watch it for the very first time and fall in love with it instantly. Alfred Hitchcock’s Psycho was the first film I watched and studied for my GCSE. Back in 2010, I was that typical teenager that loved the majority of latest releases in the cinema. Little did I know, that my favourite subject, English, would also help me to find my favourite film. I’d never known really the amount of work that goes on when a film is being planned and filmed. Psycho is a psychological thriller-horror, and a very good thriller at that. Of course I love the story line, I’m hooked on Bates Motel which is the prequel to the film, but this was the first film where I really delved deep down into and managed to fall in love.

The 1960 film shows Norman Bates running the family motel, the Bates Motel. Norman is trapped in his mothers persona, and uses room one of the motel as his “killing room.” Marion Crane is the unfortunate visitor to end up on Norman’s kill list. One of my favourite quotes from the film is “Oh, we have 12 vacancies. 12 cabins, 12 vacancies.” The most famous scene in the film, and probably in the world of film, if not very close to the top spot is the shower scene. The use of camera angles and the way Hitchcock planned this scene out is amazing, it really gets you thinking. It doesn’t matter that the film is in black and white, I think it adds to the theme and I’m a huge fan of old films. I’m absolutely amazed that there are 77 different camera angles, just in this scene. Did you know that the blood is actually chocolate sauce? Now, you wouldn’t be able to use that in films nowadays! Hitchcock was a pure genius.

I’ve always loved thrillers and horrors, but once you watch Psycho, you definitely get an understanding for how amazing films were when they were first being produced. Once you watch Psycho once, you have to watch it again. I call it the Psycho effect, it happens to me with every Hitchcock film. He was an amazing director and one of my idols. I highly doubt you could watch a 2015 film and see directing that would top the work of Hitchcock, the use of sounds, camera angles, the most genius ideas. I would’ve loved to have been there to watch the very first showing of Psycho.

You’d be surprised. I’ve been asked a few times if Psycho is worth watching, and if it’s as good as Bates Motel. It actually upsets me to hear that, how anyone could watch Bates Motel before Psycho is beyond me. Yes it’s based way before Psycho is based, but the film is certainly the best film ever produced. Bates Motel is very good, but it’s your typical series where people get hooked because an event happens and they want to find out what happens next. Psycho certainly is NOT that, you have to watch it to experience it and to really take for granted how amazing the film industry is, but most importantly, how amazing it was back in the time of Alfred Hitchcock.

As mentioned above, Psycho became my favourite film and the film that changed my perspective on viewing films from a lovely term of GCSE English. In fact, it was the first day of watching Psycho that I realised how amazing it was, and I knew it would change my thoughts forever. Before we started to learn about the film industry, the wonderful work of Hitchcock and his superb films, I was your typical year nine student. No subject was my favourite, English was pretty ‘boring’ I knew I was good at it, but Shakespeare probably isn’t the most exciting of things to write essays on. Psycho was the spark in my brain, as soon as we were told about the film and were able to write about it, research and soak up all the facts about the film, I became a changed student. I saw a different side to life, and since then I love reading about the past and learning so much about the way film has developed and influenced others lives.

Still probably my favourite image from any movie #psycho pic.twitter.com/xqvnpPRVST

Next time you’re watching a film, sit there and see how many camera angles are used, become a critic. See if you like the style the director has used, you’re bound to find a connection with a director that way. Psycho will never get old, I watch it now and really can’t notice that it’s a 1960s film, if you fall in love with something, no matter how old it is, it’ll always have a place in your heart. Even though Psycho is a psychological thriller-horror, I don’t see it that way at all. I see it more of a creation from a wonderful filmmaker, who worked so hard to produce the most iconic film and one that will never be forgotten.