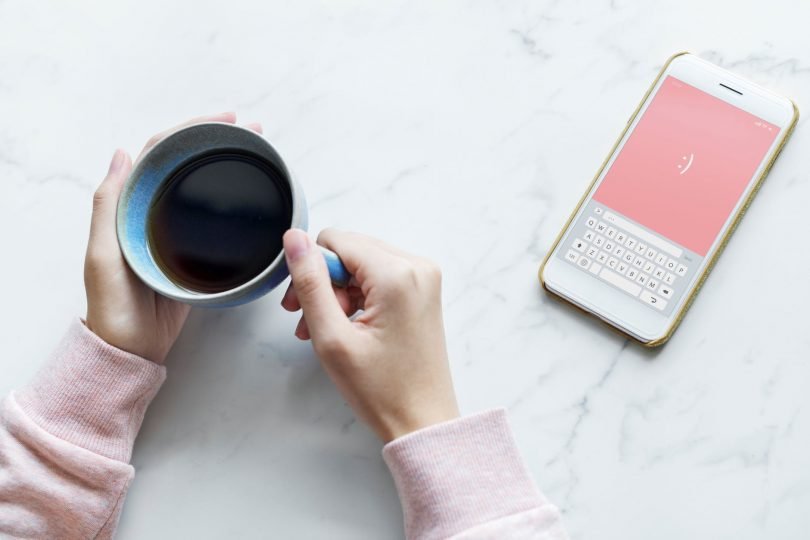 Tinder has changed the dating scene forever. Blind dates, set-ups and speed dating have been replaced by online profiles, flirty messages and right-swiping. It’s certainly more modern: its efficient, convenient and it eliminates awkwardness. But does asking someone out over the internet cheapen the move and make dating seem superficial? And can you really trust who you meet online?

This is 21st century dating.

“I ended up dating a married man (by accident!) via Tinder and would never use it again.”

My home town is quite small so I decided to look further afield for dates – I joined Tinder and matched with a man who lived close-by.

Normally, I’d search the person’s social media profiles using their phone number prior to the first date, for my own safety, but his profile didn’t show up and he hadn’t told me his last name.

After our first date I went out in Southampton and he added me on Snapchat to see my drunken selfies. His last name was in his username so I immediately Facebook searched him. His profile said “Married” and a woman with his last name had commented on his latest photo. After clicking her profile, the evidence was overwhelming: there were wedding pictures everywhere (they were newlyweds who had been married for around 5 months.)

When I confronted him, he claimed they were “separated” – even though his wife had publicly declared online she wanted to do their whole wedding again.

I stopped replying and two weeks later, his wife posted a baby scan picture. I did think about messaging her but it didn’t seem right considering she was pregnant.

In hindsight there were a few red flags and he also had two phones but I’ve left this one to karma.

“I was on Tinder for one day when I met my now-husband!”

A friend set up my profile and I went on it that night looking to cancel my account, but decided to see what type of guy was on there first before I did.

Within an hour, I was chatting to my now-husband.

We messaged all night and the following day before meeting for what was supposed to be a 20-minute coffee date but ended up 6-hours long – we couldn’t get enough of each other!

Within 6 months I had moved in – it was a whirl wind!

“I never had an issue with Tinder until I started talking to ‘Lucas’. He kept a google drive file with notes about the girls he catfished, calling it a ‘social experiment’.”

Initially I ignored “Lucas” after we matched. Being a fashion blogger makes dating difficult – I am constantly busy – but he persisted and at a time when I was struggling, he wrote to me and it sparked my interested.

Eventually we started texting and talking on the phone every day. I felt like he was there for me.

“Lucas” was on social media so there was nothing suspicious until I booked a flight to meet him. Days before I was due to leave, he confessed.

I notified girls on his profile to warn them they were being catfished including a girl called Jayme and together we appeared on MTV’s show Catfish.

Upon appearing on the show, we found out he had catfished around 400 people with whom he’d had intimate conversations with him.

They were all manipulated by him just like I was.

“I met my boyfriend on Tinder 4.5 years ago…we grew up a mile away from each other but had never met before.”

I was only on Tinder for a couple of weeks before meeting my boyfriend.

I had decided to use the app as I’d been single for about 5 months following the end of a long on/off relationship with my university boyfriend and, rather than looking for dates, I just wanted some company! Lots of my friends had moved away and it seemed like the easiest way to meet people.

I had only met one other person from Tinder and that was purely on a friendship basis – we’d openly discussed it though I never saw him again as it was all very awkward.

My boyfriend and I exchanged a lot of messages before meeting up and quickly realised we had shared interests and mutual friends. I asked him if he wanted to meet up for a drink and we went on our first date to a couple of local pubs in a nearby village.

We’d planned on going on a walk but there was a thunderstorm. We just sat and watched it happen.

So should you download Tinder (if you haven’t already)?

Well, like most things it has pros and cons – you can meet interesting new people but there’s the possibility that they aren’t what they seem.

My advice? If you’re looking to expand your social circle, find love, have some fun or boost your confidence, then you should at least give it a go – it’s a free app!

But be careful – tell friends who you are meeting and have a look at their online presence first – it takes 2 minutes to search a name! And if you are in any doubt, don’t meet them!

I'm Siobhan, a Glasgow-based History and Journalism graduate from the University of Stirling. I enjoy writing about a variety of different things including lifestyle, politics, music and arts.