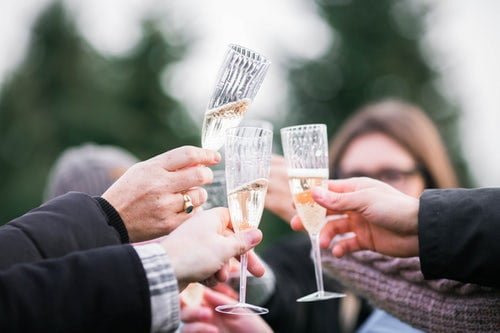 Okay so, we’re now halfway through what always seems like the longest month of the year.

We’re all back at uni and work and we’re counting down to the weekend, and to the next public holiday (only 92 days till good Friday guys…). The last SAAS payment seems like a distant memory and we don’t get our wages till like the 91st January – moment of silence for everyone who was last paid the week before Christmas… aand that’s about enough time feeling sorry for yourself.

Beat the January blues and look ahead to some of the great things happening this year – here’s some reasons you should be excited about 2019:

Busted. Are Back. Everyone’s favourite guilty pleasure is listening to cheesy, early 2000’s pop music and now we don’t need to do it in secret as Busted release their second album of new music after that 13-year hiatus. The new album is titled Halfway There in reference to lyrics in Year 3000 and is to be released in February!

2019 seems to be the year of the sequels! From Toy Story 4 and Frozen 2 to IT Chapter 2, Zombieland 2 and How to Train Your Dragon: The Hidden World, there is a sequel of a popular film released this year for everyone. Also released this year is Men in Black International – which centers around a London-based team of secret agents – and the much-anticipated Captain Marvel and Pokémon Detective Pikachu films.

Chilling Adventures of Sabrina Season 2 is released on Netflix in April this year while the streaming service releases Stranger Things 3 in July. Riviera, Big Little Lies and Killing Eve are all back with a second season later this year too so good news for fans of drama! Also back this year are Game of Thrones (now onto its 8th season!!), Peaky Blinders (season 5) and Line of Duty (season 5).

Just about everyone and their cat knows that four out of five Spice Girls (minus Posh Spice) are reuniting and hitting the road from May but you might not know that Take That are celebrating their 30th anniversary with a Greatest Hits Tour and Elton John’s final tour continues (to 2021 no less!), with the UK dates this summer.

After the Red Nose Day Love Actually Special in 2017, rom-com fans have been waiting on another announcement and another special. This year on Red Nose Day (15th March), we can enjoy the on-screen reunion of the Four Weddings and a Funeral cast. The short film, written by Richard Curtis, will star Hugh Grant, Andie MacDowell and Kristin Scott Thomas… exciting!!

I'm Siobhan, a Glasgow-based History and Journalism graduate from the University of Stirling. I enjoy writing about a variety of different things including lifestyle, politics, music and arts.