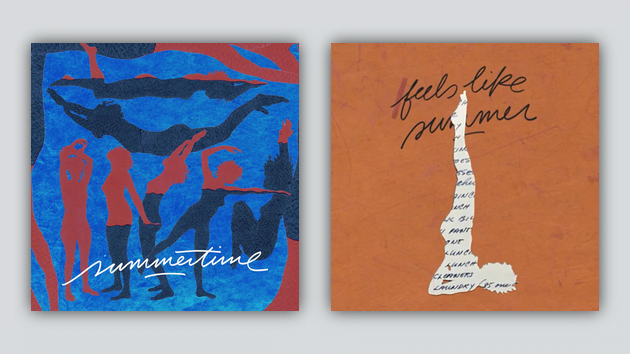 August is already here but it’s never too late to update your playlist! Here are 14 songs that should match your mood whether you’re feeling happy, in love or dealing with a case of summertime sadness. Bare with me, we’re talking feelings! I’ll also include the 3 best music videos out of the bunch.

If you’re looking for the tune of the summer, look no further: this beautiful cocktail of singles will quench your thirst and instantly take you to a tropical island. I’m already on vacation, you say? Well, Childish Gambino will make you want to crash a beach party so you can dance with your “valentine in the summer”.

Ditch those flip flops for party shoes and join your buddies for the night of your life while this song is playing in your car. Forget the heatwave, this beat is fire!

Same vibe, you can also blast it while you’re getting ready ahead of a night out. The chorus is so catchy, you will sing along – just don’t stab yourself in the eye with your mascara trying to read the lyrics on your phone…

It’s the end of the academic year, you want to turn the page and start a new chapter of your life. Mac is talking about willing to change, taking care of himself. There’s no rush though, we’re still young and we’ve got all the time in the world: “it’s a beautiful feeling”. This rap song is weirdly optimistic for such a melancholic melody. He warns against overthinking (maybe after his breakup with Ariana?): “I was thinking too much/ Got stuck in oblivion” I hear you Mac!

This song is for when you’ve somehow never listened to Dua Lipa’s “New Rules”. You’re missing your ex and feel like running back to him despite your friends’ advice. 1) you picked up the phone, you’re both drunk and alone / 2) you’re going to his place / 3) you wake up in his bed in the morning and you ain’t getting over him.

Same topic, more self-aware. He knows he keeps screwing up but he believes in (or rather needs) love so he keeps trying. The lyrics are sad but relatable and I enjoy the cosmic, bubbly tune. Rudy has got to be the only ex-Vine star, Instagram comedian whose music is genuinely good. He starred and directed his own music video and it’s pretty damn good too.

Did your deadbeat boyfriend/toxic girlfriend tell you that you needed a break this summer? Honey… if you relate to the lyrics of this song, you need to seriously consider if you wanna put up with their nonsense any longer. Charlie Puth won’t beg for Selena’s love and neither will you! You deserve better!

This epic song will make you wanna stand up and say ‘preach!’ “You’re standing on the edge face up/ ‘Cause you’re a natural”. Dan Reynold’s amazing voice will lift your spirit and inspire you to face the challenges in your life, “cutthroat”.

You’ve invested time, energy, money and love into someone who then disappeared without saying goodbye. You feel lost, you want to move on but from where? You can’t find the page you need to turn. You tell yourself s/he might reach out, s/he might return or say how s/he feels about you or why s/he left. This song will validate your feelings. The more you’ll listen to it, the better you will feel – and it helps that Lily’s voice is so angelic. Did you miss her? ‘Cause I did! Her new album No Shame (June 13th) sounds emotionally mature, honest, smart but modest and the melody compliments her voice so well! It’s a shame we haven’t heard more about it.

No Brainer: DJ Khaled ft Justin Bieber, Chance the Rapper and Quavo
It’s number one trending on Youtube and you can see the Biebs attempting to rap at 3:00.

God is a woman: Ariana Grande

We all know she’s talking about intercourse, right? Not God. There: “It lingers when we’re done”. The fake outrage on Twitter has got to stop. Regardless, the vocals here are amazing and the visuals are absolutely stunning. Keep on living your best life, Ariana!

You don’t have to be depressed to enjoy and relate to this song. The lyrics are personal and genuine and the beat is catchy. It makes you think, nobody’s perfect or fine all the time. Life is full of surprises, good and bad. The bottom line is, you should love yourself, that’s one constant you can rely on. Do that and no matter what happens, it won’t affect you to the point where you start questioning your worth. Love yourself and eventually “everything’s gonna be alright”.

Ditch your energy drink for this banger and I guarantee you will dance like no one’s watching! But if you do see the video and want people to see you dancing, you can attempt the #levelupchallenge on social media. It’s a pretty intense challenge but it seems like fun! My favourite version after Ciara’s is Aliya Janell own performing her own choreo: