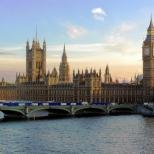 Politicians and those involved in politics have tried a number of things to get young people to vote, yet still turnout remains at just over 43% for those aged 18-24. Young people are one of the most disillusioned and disengaged groups with politics, and it has a lot to do with the sort of policies and ideas politicians talk about.

Take the 2016 budget. There was the suggestion to help those saving for a new home with a special savings account into which the government would contribute £1 for every £4 put in. But, coming from a student, this is not enough, given that young people have barely any money to save. The only solution is more affordable housing, but given its success, why would this encourage young people to become interested in politics?

There are, however, a couple of events that have seen an increase in involvement in politics for young people.

One is the rise of social media. Whether they want to or not, young people will see news stories and viewpoints from politicians and those who are also more involved with politics. Arguably, the most important thing about social media, for politics and young people, is it has enabled discussion and debate in a way that is relevant to them. Far more than socially elite structure that can sometimes appear to run through the House of Commons.

This links to the second reason more young people are interested in politics, Jeremy Corbyn who generally regarded as the antithesis of what is usually seen in the House of Commons. He is more relatable, and more importantly, his discussion of important issues makes it seem as though there is a fairer future. According to the Labour Party, more than 50,000 people became members within a month of Corbyn being elected, many of them being part of the younger generation.

Getting involved in politics has never been more important with cuts to public services and a lack of affordable housing, there needs to be more of a voice for young people. With the EU referendum fast approaching, young people need to be educated on their decision as they will have to live The impact.