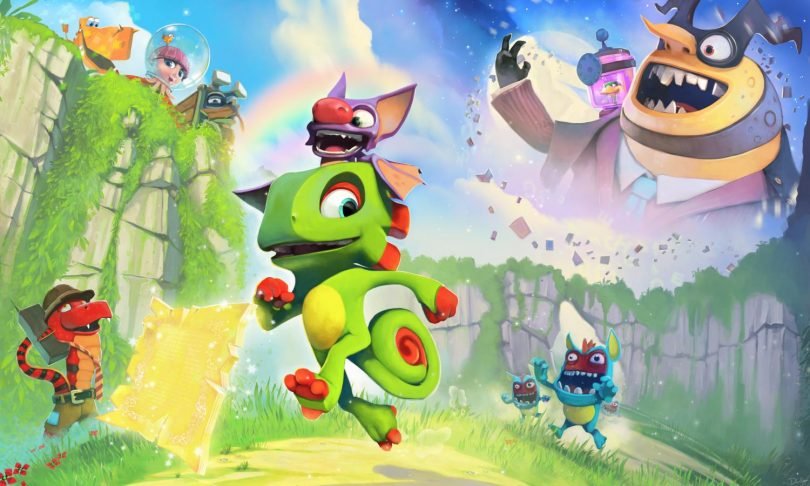 Playtonic Games have hit a note with Yooka-Laylee and it is a good one. As a gamer, I grew up with my first gaming experiences being on the original Playstation and then later PS2. Platformers were my life from Spyro to Crash Bandicoot. I never had the pleasure of playing Banjo-Kazooie as I didn’t own the Nintendo-64 but whatever childhood joy I would have felt as a five-year-old playing Banjo-Kazooie in 1998 has been captured and reimagined in Yooka-Laylee.

We can forgive the similarities of Yooka-Laylee to Banjo-Kazooie because of Playtonics being made up of all the old staff from Rare who worked on the original Banjo-Kazooie game.

What Yooka-Laylee is for me is a breath of fresh air on a stale genre. 3D Platformers (especially AAA platformers) have been stale in recent years with the last notable release being Super Mario Galaxy in 2007. Playtonic takes an archaic genre and reinvents it while still retaining our nostalgia to the games of the 90s.
The game puts us in control of the levelheaded chameleon Yooka and his pun obsessed bat friend Laylee. Both characters are fun and the humour within the game works well. The world is quirky, aside from the protaganists there is a mulititude of colourful side characters that help occupy this world making it feel like one of the vibrant 3D platformers of my childhood.
Yooka and Laylee are on a quest to recover living pages know as Pagies which have been torn out of a magical book. Each pagie recovered allows you to upgrade the world to include more areas. Quills can also be collected throughout levels to buy new moves for Yooka and Laylee.
The game runs well on PC easily capping the 165hz of my monitor (though I didn’t expect a game like this to be graphically demanding so bear that in mind). The controls are simple enough as expected with a platform and easy to pick up. I was a little disappointed at the lack of borderless windowed (windowed fullscreen) mode in the options. Simple menus/options are kind of expected on a platformed that is more tailored towards console but I still found the options on PC a little lackluster. I'd hope Playtonic plans to patch this in the future. There were also some minor freeze issues that were solved by minimising and reopening, though this could just be me and might be a dual monitor issue. 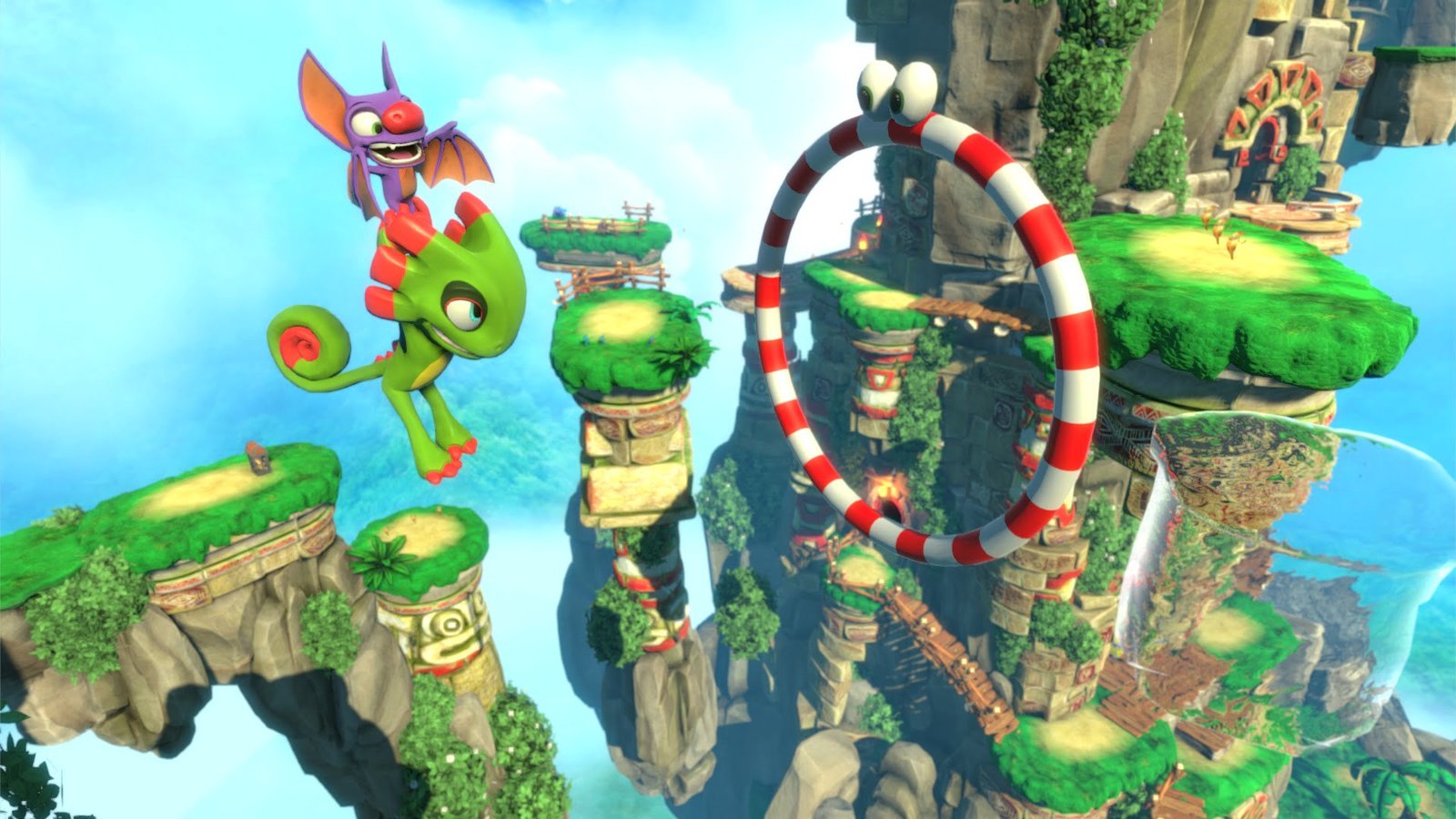 Yooka-Laylee inherits all the features that made the 3D platformers of the late 90s so fun for better and worse. From the colourful world to the dodgy camera controls. Some of the puzzles may be annoying to some especially with the lack of hand holding (something which I greatly appreciate) but I have fond memories of throwing a tantrum as a child when I found Crash Bandicoot too hard. Nearly 20 years later not much has changed.
Yooka-Laylee isn't perfect but is it worth picking up? Fuck yes.