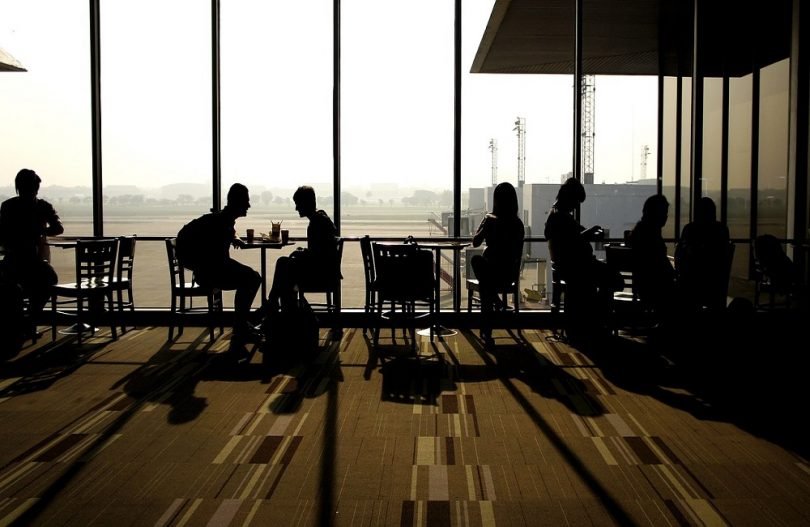 As a writer I do spend a great deal of time listening to others conversations. Technically I should put ‘eavesdropping’ although in my defence I will say if you talk loudly on public transport then I can’t help but hear.

Sometimes it is just plain crazy chit-chat from a person that has no idea they are being amusing to their fellow passengers. Take this conversation between two people on the central line between Holborn and Leyton.( It is all in the detail.)

“I can get you tickets.”

Or this one of the description of the 02, “It looks really cool ‘coz it has bits sticking out of it.”

I remember thinking, so does that man’s beard opposite, but I don’t think that’s what qualified it as cool.

Last week I heard a woman explain to her friend about her ex-lover: “It was a long time ago. I was thirty – he was thirty-eight. We would have stayed together, but he got bitten by a spider and died.” Let me assure you that was only the start of the story!

And that is the problem, it leaves you wanting to share the snippets. How often do you see people suddenly reach for their phone and start making notes, sending messages, tweeting when there is a conversation going on in front of their noses. It is easy to hide behind a phone screen pretending you are letting your dad know when he’ll need to pick you up from the station…when really you are making a note of how long the woman took to reveal about the fatal spider attack to her husband who was completely in the dark about the whole affair! I’m not one to pass on gossip, so I can’t possibly divulge.  This is where Twitter comes into its own. Such a great place for sharing snippets. (Be sure to check out  #fatalspiderattack once you’ve finished the article.)

I have though been having a look at Twitter to see what people have been sharing in their overheard conversations this month. And it appears I’m not the only eavesdropper on the train…

Girl on the train ” how do you home make soup? Isn’t it really hard?” No, no it’s not. #overheard

#overheard “Is Tower Bridge North of the river or South?”. Jesus wept.

I’m not suggesting it is only in London.

#overheard in my office: “in the men’s bathroom, they switched to single ply toilet paper and it’s really disappointing”

It isn’t just in the office though. What about this while out apple picking?

#Overheard apple picking: “I thought that was just a computer brand?”…”no, the brand came after the apple.” #oh #macintosh #apple

And while we may be chuckling about things people don’t know:

“Theres always paternity tests in case you have kids out

there you dont know about” “I’m a woman. How would I not know?!?” #overheard #dlh

There are some things that you need to hear twice, just to be sure you really heard it:

Bacon is a gift pigs give you when you’re good. #Overheard

“it’s not like I can just throw on sunglasses. I have to prepare to wear them” #overheard #what

And watch out for Thursdays. They can bite you when you least expect it.

“…then in 5th grade I cut myself on some scissors and barfed everywhere. It was a Thursday. It was a bad day.” #overheard #dlh

#Overheard in class: “Whiskers and tails, I feel, are important to cats” I think I agree!

So remember next time you are out and about, zip your lips and open those ears, you never know what you might hear.

“I’ve been better this year about keeping my mouth shut, but apparently my eyes do a lot of talking.” #overheard