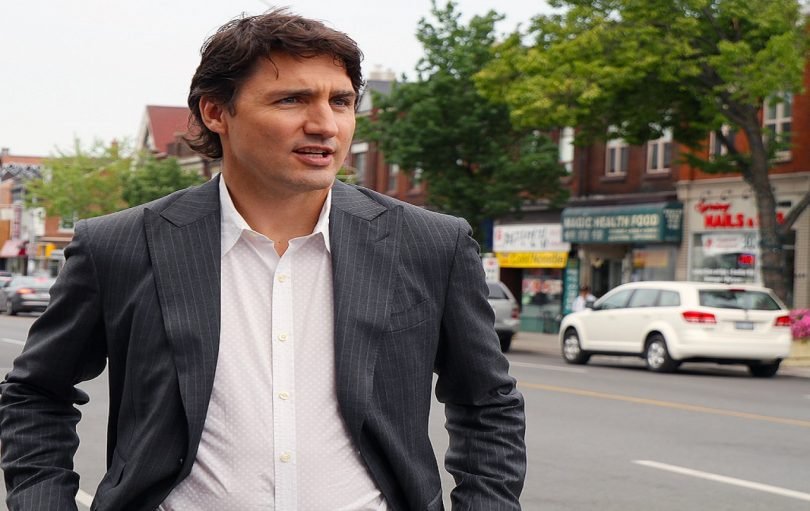 Immediately following the inauguration of Justin Trudeau as Canadian Prime Minister, he made global headlines for appointing a gender neutral cabinet – 50 percent men, 50 percent women. When a journalist asked him why he did it, he had one simple answer.

The crux of equality took centre stage at a recent visit to a summit on women’s rights at the United Nations in New York. Trudeau then reiterated a core belief he had. He was a feminist, and he wouldn’t stop declaring he was a feminist until “it was met with a shrug.”

Why I’m a feminist

Yet, while feminism is at the core of Trudeau’s beliefs and ideals, he has done more than just use feminism to help shape policy in Canada and change how the international community views it. He has said to every man around the world that it is okay to describe yourself as a feminist, and that you should.

That being said, I have this declaration to make.

My name is Alex Veeneman. I’m a journalist, and I’m a feminist.

I grew up in a predominantly female environment. My mum cared for myself and my twin sister as a single parent, all while juggling the demands of full-time employment. Even though her list of obligations was long, she always supported the work I did, and encouraged me to be the best I can be, especially when times were hard. Indeed, she was the one who encouraged me to pursue the profession of journalism amid all its changes in the industry.

Many of my colleagues I have worked with are women, and many of my friends are women, all of whom have invested time and effort to get ahead, only to face uncertainty and be systematically treated as different purely not because of the work they put in, but because of their gender. This comes as the number of women studying journalism and indeed seeking education at universities across the UK increases compared to men.

Feminism ‘is an opportunity’

The systematic treatment and economic uncertainty is wrong, and it’s got to stop.

Feminism and equality is something we should embrace, not ridicule. As Trudeau wrote in a comment piece for The Globe and Mail newspaper on International Women’s Day, we should see it as an opportunity for a better society, not as a threat.

“We should not be afraid of the word feminism,” Trudeau said. “Feminism is about equal rights and opportunities for men and women, about everyone having the same choices without facing discrimination based on gender. Equality is not a threat, it is an opportunity. It is an essential part of any society that wants to be a leader in sustainable development, clean economic growth, social justice, peace and security.”

It is time for each of us to take action to advance equal rights & opportunities for women and men. Read: #IWD2016 https://t.co/ur46C0exDr

Recently, I wrote a piece for Kettle on why it’s important we support women in journalism and the media, from our colleagues in student media and my colleagues here at Kettle, but also those working in the industry.

I believe that because we owe it to not just ourselves, but indeed the entire industry, to support women and the concept of feminism, for our industry is a great benefactor for the work done by women, and the next idea that could make this industry stronger can come from a woman, and it’s something worth listening to.

I’m proud to support them, not just as a colleague or someone working in journalism, but as a friend, and as a human being.

Justin Trudeau has made it okay for men to publicly say they are feminists without being ridiculed. Like him, I will shout loudly and profoundly that I am a feminist, until it is met with a shrug, and quite frankly, so should you.

What do you think? How has Justin Trudeau impacted male feminism? Can men be feminists? Have your say in the comments section below.