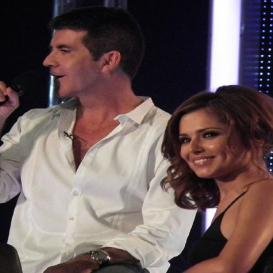 I make no hidden gesture that I cannot stand X-Factor. I find it very dated now and the judges never seem to get any better with the show. Let’s all face it, Simon Cowell will only ever make the show what it is.

Cheryl Fernandez-Versini continues to ‘grace’ our Saturday night television with her wisdom for pop culture, only lately I feel like (as well as proportion of the Great British audience may agree) she has been getting it quite wrong and is clinging on for dear life with both hands to the show. Once the show ends, what will she really have going for her? We all waved her goodbye to it and came back with open arms, because I believe, she had nothing better to do.

The ? Factor: the case both for and against the new X Factor judges http://t.co/b4Epm93b0f pic.twitter.com/yzVnHe9qg3

Time to call it a day

Let’s face it, her time is up. Now and again we are put through the painstakingly tedious year of a release of her new and predicted to be chart topping album, but always fails to reach any significance. Yes she has chart topping singles now and again, but after you get over the success of her smash hit song, what does she really bring to music? She is hardly stacked with any originality, all her music videos are a tribute to how highly she thinks of herself as a singer and dancer.

So instead she prances her way through performances on the X Factor, and brings those contestants down who may have a chance at being better than her. It’s no wonder they didn’t sit her next to Nicole Scherzinger, that woman is everything Fernandez-Versini isn’t. Nicole enjoyed platinum success with the Pussycat dolls Internationally with their killer dance moves and exciting music videos.

Then Nicole became an established solo artist doing features with the likes of P Diddy, 50 Cent, Young buck, Enrique Iglesias, Pitbull, Macy Gray and there’s more. Nicole’s career as a girlband front woman, pop star and dancer has never been questionable and she has never been sacked from the US nor the UK version of the X Factor. Cheryl on the other hand has always had her CV plus personal life up in the stakes.

X Factor is a poor show to me. I feel like it creates desperate candidates out of it applicants and is designed to make 2 kinds of people in this world, the Fools; those who maybe know they cannot sing or perform and try it out for network coverage, or who geniunely believe they can have sing end up with the nation laughing at them, or the Robots; people who have their talent questioned by a panel of near- perfect dated singers and record producer and truly believe they can be helped by them.

Those that do have any hint of talent have it disrespected as the judges try to morph it into something they believe will become a wonderful thing to share with the world. We all have Simon Cowell to thank for One Direction.

None of Cheryl Fernandez-Versini’s (It’s getting quite a mouthful to say this whole name, I wish she kept the Cole and saved us all the bother) protegee’s have changed music history.