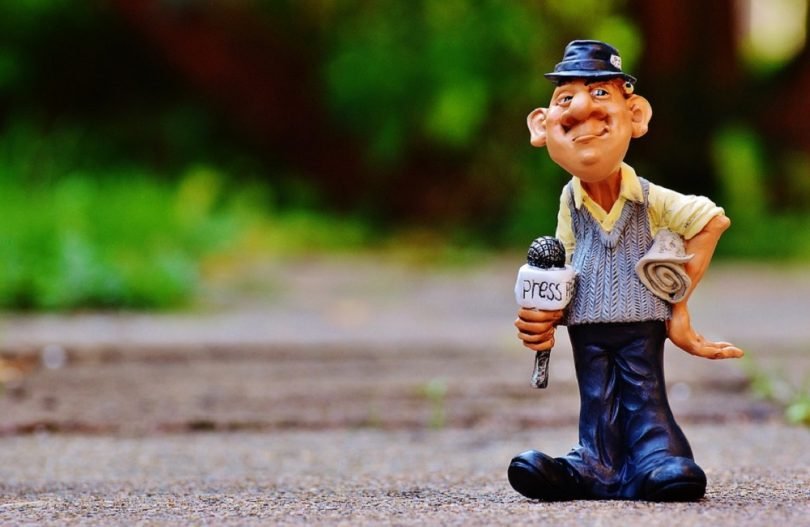 It was 1am on a Spring night in 2009, and I was sitting in my room tuning the dial on my radio – the volume low to not awake my mum and sister in other parts of the house. I’m awake as a result of insomnia and coughing from a major illness, trying to figure out what to do in the hours before a new day began.

Then, I stumble upon a station, hear the end of the pips, and then a voice comes on: “It’s 7:00 GMT. This is The World Today from the BBC World Service.”

For one and a half years, the BBC became a comfort to me in the hours where one in the United States, where I was born and grew up, felt isolated. I began to become curious about the world and its stories, whether it was about the Conservative-Liberal Democrat coalition in 2010, the changing dimensions of politics in various parts of the world, or about the latest global cultural trends. There were stories out there that were unfolding, wanting to be told.

I took a journalism course offered by my Sixth Form, read more and became even more curious about events. With the encouragement and help of my mum, I got my qualifications and realised what I wanted to do when I got to university – I wanted to study journalism.

A change of course

Yet, as I made that decision, journalism began going through a change – as Facebook began to take shape on the web, how we consume media changed too. Accessing information on the web had been at the core of consuming media, but consuming it (and sharing it) by Facebook would change things dramatically. I got work experience with my student newspaper, and then began writing for a little site called Kettle – which would shortly flourish on the web.

When I graduated 2 1/2 years ago, the evolution of journalism was still happening, this time joined by Twitter, Instagram, Snapchat and other social media platforms. The industry was trying to figure out its next steps, and what it all meant for how news was curated and distributed to millions.

Many journalism graduates up and down the UK are asking the same thing. Yet, I recall the final scene from the American sitcom Frasier, where Kelsey Grammer’s eponymous main character cites this excerpt from Lord Tennyson’s Ulysses.

“It may be that the gulfs will wash us down;
It may be we shall touch the Happy Isles;
And though we are not now that strength which in old days moved Earth and heaven – that which we are, we are…
…Made weak by time and fate, but strong in will;
To strive, to seek, to find, and not to yield.”

Simply put, according to his interpretation of the poem – though it is tempting to play it safe, you will kick yourself later for not taking up a brilliant opportunity.

Journalism is a calling, and though the platforms themselves are changing, there is always going to be a need for people to help make sense of events, be it in Westminster or elsewhere.

Studying journalism at university is an experience worth having, and is worth every penny. It is a decision I don’t regret making, and always encourage others to follow.

The industry will change, but one thing is certain. People need journalists, and journalism needs you.