I’m not the world’s biggest drinker, but without alcohol you do stand out from the crowd. During your first year at university, alcohol plays a very important role. During your first week of living with your flatmates, aka a bunch of random strangers from all over the country or world, you’re thrown into the deep end of awkwardness, so what better to do?

Go out every night in freshers so when you’re together you’re all drunk, and if you do see each other during the day, you can all laugh over what happened the night before.

Student cities have so many bars, clubs, pubs, social places etc that you can pop along to with your friends. The majority of them have offers on, in a club it’ll often be like a vodka mixer for £1, who can’t resist that offer? You get looked at if you head over to the bar on a night out and ask for a coke. “Vodka coke?” “No, just a coke.”

Nights out aren’t the same

Pre drinks is a great way to chat to your friends over a nice glass of Tesco value vodka, or maybe a fishbowl with everything and anything alcohol based you can find in your kitchen. Who wants to be that awkward one playing ring of fire with a glass of water? Not me.

I spent a month avoiding alcohol to see if the uni experience was any different without any alcohol consumption. I must say, it saved me a lot of money, but you certainly do not enjoy nights out as much. Although you have no hangover in the morning, you have to look after a lot of drunken people. You can’t help but care for your friends when they fall over in front of a taxi, they’re in the toilets and you’re holding their hair back. It’s crazy.

I struggle as it is with uncooperative people, so me being sober is not a good thing when you’re trying to dance and people around you are falling on you, knocking you etc. You need alcohol to be like them, so you don’t stress half as much when you’re out and can enjoy the night!

You don’t have to go all out with the alcohol, as in drinking as much as you can until you pass out and cannot remember a single thing after 11pm. You’ll know when enough is enough when you’re enjoying the night and don’t have to worry about receiving an essay mark the next day.

Apparently alcohol is a students’ friend. Worship it, keep some in your room, some in the kitchen. Nothing beats bonding over an alcoholic beverage  – night out or no night out, you’re bound to find a way of combining alcohol with a night. I’ve once just sat in my flatmates room with a bottle of wine, dressing up in all our fancy dress costumes and dancing to pop songs. It didn’t seem weird at the time, but it certainly wouldn’t have popped into our minds had we been sober.

You’re not going to be a student all your life. Make the most of it because it’s a lot more acceptable when you’re at university to be getting drunk and having the time of your life, rather than when you’re in a full time job and are off out with the people you work with! Even if you feel like you’re not a party person, when at uni you’re bound to find a club that stands out to you, the student deals will make it a reasonably affordable night and enjoy every moment of going out in your university city.

My home town has one club, which is tiny, full of the younger years and just plays the same old charts music every weekend. Sheffield on the other hand has a club for literally everyone, and the majority of them are all within walking distance of each other!

Go ahead and make the most of it, maybe not as much in your second and third year, but if you’re a first year you’ll regret it if you sit in all the time, or attempt to go out when sober! Even if you’re not a huge alcohol fan, you can have a few drinks and I’m sure that’ll last you for the night!

What do you think about the role of alcohol in student life? Have your say in the comments section below. 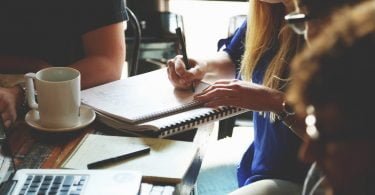