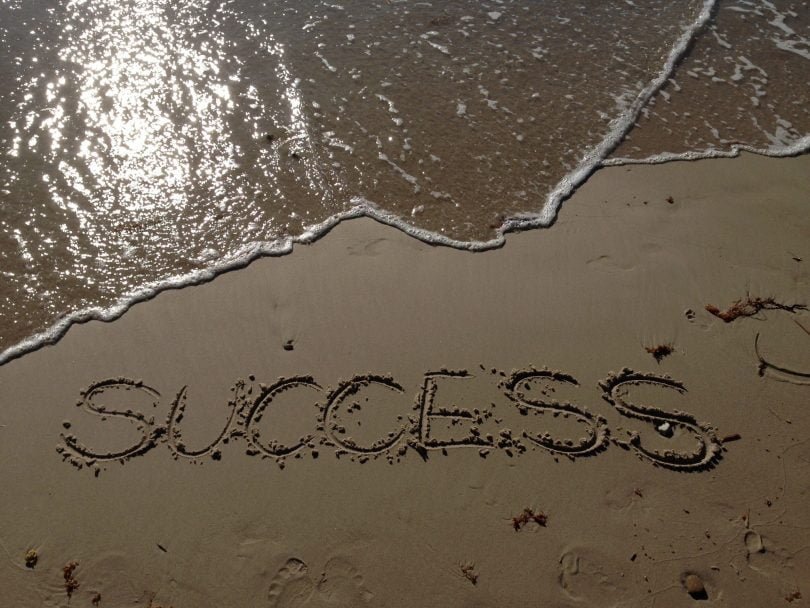 In stories that are now familiar to many, tech giants Bill Gates and Mark Zuckerberg have made multi-billion dollar fortunes from companies they launched from their college dorm rooms. Stories such as theirs are often retold to try and take the sting out of defeat the idea being, anything is possible! Even though things might seem bleak at present, one never knows how they might turn out in the future. When reeling from failure reminding someone that J.K Rowling was turned down by 12 publishers before Harry Potter hit the shelves is somehow designed to reinvigorate their spirits and fill hearts with a renewed sense of optimism.

When taken at face value, it’s perhaps easy to see the appeal. It might be encouraging to know that people have snatched overwhelming success from positions even more compromising than your own. It reminds you that the only barrier to your success is hard work and if only you’d behave yourself you could potentially achieve success in your own pursuits. Still, it’s perhaps fortuitous that nobody stops to think about the reasoning of these appeals for too long for they’d likely have the reverse effect. To the contrary, the only reason we are told about the unlikely triumphs of Gates, Zuckerberg and Rowling is precisely because they are… well… unlikely!

The very fact that these are noteworthy stories speaks to the fact that you should be disheartened by their very existence. The surprise one expresses upon hearing about unlikely triumphs is evidence of their improbability and not a reason to be encouraged. Our initial scepticism reminds us that success is hard and that we should be suspicious of easy ways to the top. After all, one could equally reverse this reasoning when life is going well and conjecture that there is always a possibility it will become incomprehensibly miserable years from now. This would also probably still be more likely than the same reasoning in the opposite direction.

Further, the reasons that make a candidate unlikely for success are not contributors to that success. Bill Gates had to overcome the fact he was only a college student in order to found Microsoft. Obstacles are still obstacles regardless of where one might end up, they don’t retroactively become assets after you’ve amassed a fortune. This may be thinking that this seems awfully pessimistic and you’d perhaps be right. Nonetheless, there is a positive message at the core of all this. It’s that your life is in your control. It might be an empty platitude or a truism but it is so for a reason!

Success might seem unlikely but you have the power to make improve the odds. You can either act in a way that is conducive of your success and flourishing or in a way that is inimical to it. It might seem daunting but there is only one way to improve your odds of achieving your goal. That is to take responsibility and work towards it. Banking on “you never know!” isn’t a plan, it’s an indictment of your own efforts. It’s also worth remembering most people are not Bill Gates or Mark Zuckerberg, no disrespect but those gentlemen might have been dropouts but they were also dropouts at one of the most, if not the most prestigious university in the world. It would be a mistake to confuse them for your average Joe.

So whilst it might be dispiriting but we shouldn’t be encouraged by infinitesimally small probabilities of overwhelming success. The the odds are already stacked against you. Surrendering agency and simply banking on the roll of some heavily loaded dice isn’t a viable strategy. Take control, and the next time a friend tries to perk you up with a story of some improbable triumph, you can tell them they’re not helping.