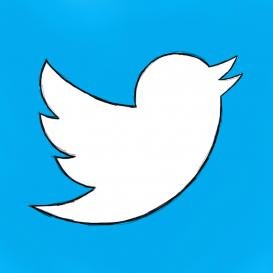 I love Twitter. I made my first account back in 2009. Since then, I’ve deleted that teenage monstrosity in favour of a fresh start, but my reasons for loving Twitter remain pretty much the same.

There’s not much to ‘get’ about Twitter like there is with other social networks. You just write and post. Even the less tech-savvy people among us can do it.

Those who want to go that step further and attach media to their tweets can (and is definitely something I recommend doing). Tweets with media attached tend to get more engagement and they’re more eye catching when you scroll through your Timeline.

No matter who you are or what you’re interested in, there’s a community for you. It’s just a matter of finding it. If you’re new to Twitter, I’d recommend finding people similar to you by searching your interests, using hashtags and just tweeting about what you’re into. If you don’t find them, they’re sure to find you.

Unlike sites like Facebook that limit the numbr of people your post reach or how many friends a person can have, Twitter doesn’t restrict the reach of tweets. If it’s tweeted while you’re online, you’ll see it in your timeline. You can also view the tweets of people you’re not conesnected with (unless their private) which means that the reach of your tweets isn’t limited to the amount of followers you have. People on other social networks can sometimes be reluctant to share, but the retweet feature is such a normal practice that people will often share your tweets with their followers and allow you to reep the benefits, whether they be in the form of more retweets, followers or engagement.

The screenshot above demonstrates exactly how tweets can go further than your own network. My tweet made 5k impressions despite me only having 1.5k followers.

If you post too much on social networking sites like Facebook, you are seen as annoying for clogging up everyone’s newsfeed. However, on Twitter tweeting several times a day is common practice. And, as long as they’re not consecutive and spammy, people generally won’t complain. Users are generally following so many other users that even if you post two tweets seconds apart, they probably won’t appear together in a user’s timeline. Even if they do, because it’s real-time, they won’t repeatedly see it like they might with a post on Facebook. Once they’ve scrolled past it so much other content is available they’re unlikely to be bothered my your consecutive tweets (of course, in an ideal world these tweets would be interesting enough that the user would interact with them). Before Twitter, I often spent time refreshing my Facebook feed waiting for something new to happen, but with Twitter something new is always happening.

If you’re using Twitter for business, whether as a business brand or a personal brand, your posts can allow your followers to get to know the little things about you that aren’t important enough to go in blog posts or press releases. Twitter enables brands to build a more personal connection with their customers. This is a personal connection that I don’t think businesses can replicate elsewhere or on other social networks.

What’s your favourite social network? Why? Drop a comment below.