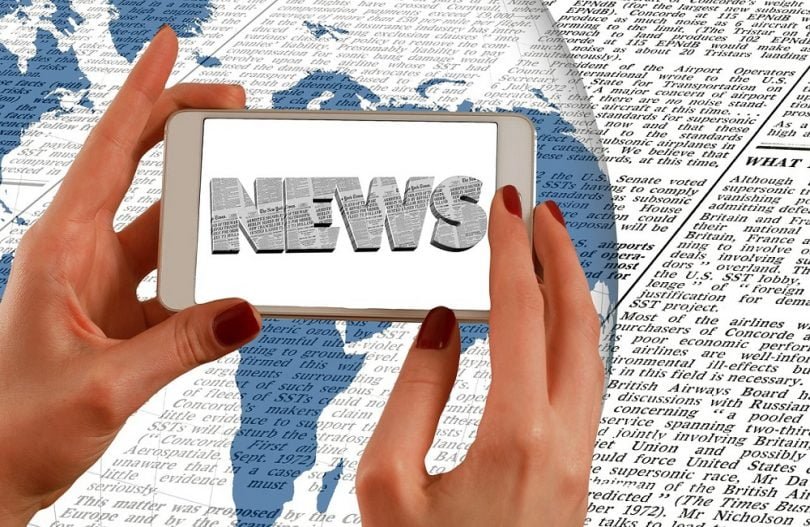 Journalism in Britain continues to evolve right before our eyes. In the span of a month, The Independent ceased publication and moved to online only, while Trinity Mirror launched a new newspaper, titled New Day.

Alongside this, the debate on the future of the BBC continues to dominate Parliament, as Facebook, Twitter and Snapchat become hubs for journalism and content, challenging not just how we consume media, but how we create it, how it can make money, and how one can stay employed.

As the industry evolves, six words have been trying to rise to the centre of every single development. Journalism is dead, long live journalism.

Those who suggest that have valid reasons to say so – advertising revenue continues to decline in the world of print media, while news organisations, large and small, broadcast and newspaper, try to adapt in the digital age.

Journalism is not dead

There is no definitive answer to the question of how journalism will survive in the digital age. Indeed, it is an ongoing conversation that we are having. Whether you’re developing tomorrow’s Today programme for Radio 4, working on a video about the Chancellor’s Budget for the YouTube channel of Radio 1’s Newsbeat, or looking after news for a community or national newspaper, this conversation is full of many ideas, all of which should be heard and considered.

However, to paraphrase a quote from the American author Mark Twain: “The reports of journalism’s death have been greatly exaggerated.”

Journalism is, in spite of all of the questions it faces on its future, vibrant and thriving. At the heart of this is a number of men and women who entered this profession to enlighten, inform and educate, and to make a difference in the lives of their communities, large or small, whether through established mediums like newspapers or the radio, and through new media like the web and social media platforms.

Great read about @BBCNews and Snapchat stories – we need to be alive and open #journalism https://t.co/g8idn3leLq

There are many opportunities for this industry to continue to thrive, yet those opportunities will come with changes. Students will have to do more to make themselves known, from networking on Twitter and LinkedIn and building their own brands and identities, to building a portfolio through work on various web sites or platforms, and there will be new ways of consuming journalism, and news organisations will need to keep up with the advancing technologies.

There may be signs of concern, yet there are signs of why we continue to need journalism in our lives. The platforms will change, but there is going to be a need for people to make sense of events around the world, to quantify the significance of events irrespective of beat.

These people who do that leave us better educated, better informed, and better citizens as a result, and as this industry continues to figure out its next steps, the worth of the work that journalists do for the wider communities must be emphasised.

I have some ideas on where journalism is going, but I don’t know the definite answer to what the future will be. That is a conversation that I’m having every day with a lot of interesting people, a conversation that I hope continues. Nevertheless, it’s important to repeat what has been said by many, including the former public editor for The New York Times, Margaret Sullivan.

“What matters is the journalism, not the medium. It’s happening before our eyes, and while there’s clearly reason to worry, there’s reason to hope, too.”

I’m proud of the fact that I studied journalism, because I know the work that I will do in the future will be beneficial for the common good. As a result, I have no plans to write journalism off, and quite frankly, neither should you.

What do you think? Where do you see the media industry going? Have your say in the comments section below.