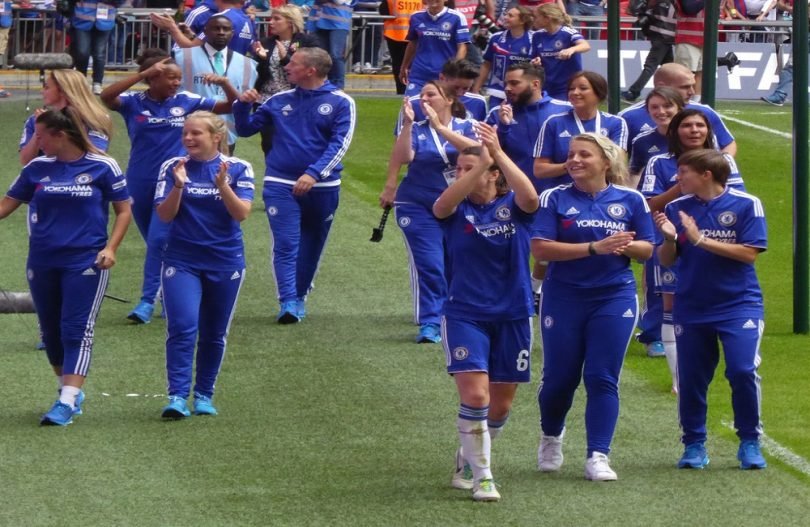 The Women’s FA Cup is now at the semi-final stages and four of the biggest teams in women’s football are battling it out for the trophy. Would you have known that if I had not just mentioned it?

Who would have known there were even games being played seeing as they receive little to no acknowledgement​ in the general footballing world. The media, being the biggest promoters of the footballing world, seem to turn a blind eye when it comes to women’s football – and you have to wonder why that is, when you think of the amount of coverage given to the men’s game.

Given that three out of the four teams left in the tournament are among the biggest teams involved in the men’s game in England you would think the media would equally promote the women’s games… yet there is nothing? Not even a mention of the fixtures or results of past games can be found in the newspapers in the lead up to the semi-finals.

Think about when it’s the men’s FA Cup. How many times do you hear about it on the radio? How many adverts do you see promoting it on TV? How many newspaper articles written about games and even player profiles do you read? So why is it different for the women’s game? Given the same teams and competition, why is it the men’s game will always be over-promoted and the women’s underpromoted?

Do we still live in a world faced with sexism? Is it seen as wrong for women to play football as it is seen as a more masculine sport? And should this be the case? Take gymnastics for example. Gymnastics is known as being a primarily female sport, however the media do not turn a blind eye to the men that compete in the sport – they actually promote the individuals. Look at the Olympics, many male gymnasts have become sporting personalities and respected in their field. So why can’t they do this for the female footballers?

Women’s football has a lot of obstacles to overcome on its journey to become as big as the men’s game; two of the biggest obstacles as stated before being the media coverage and the gender generalisation the sport faces. Female footballers work just as hard as the men and play the same game, so why should these barriers occur?

There’s always the question that arises about how to get young females involved in sport, and although there have been many developments with the aim of encouraging it more in sport, is it really a shock these young girls do not want to get involved? Particularly when there is a lack of female role models being promoted in the sports that are stereotypically seen as male sports. Instead they are faced with the idea of sexism – it is almost seen as wrong if these girls participate in sports which are seen as masculine sports.

With the lack of females being promoted in sports such as football, it is no surprise that when girls try to join in on these sports during physical education lessons that they are put off by their male peers just because of they are a different gender.