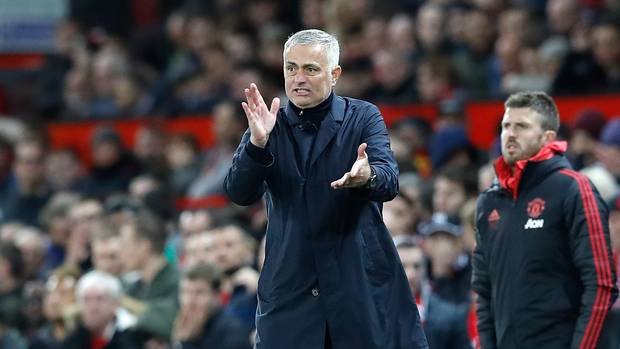 I’ve read a lot about how the last gasp victory for Manchester United at the weekend against Newcastle had saved Jose Mourinho’s job as manager. Yes, they scored three pretty late goals, and yes, it was reminiscent of the kind of character which was always abundant in the Fergie days. But when one analyses the performance as a whole, it was just as bad as it has been for weeks now. The only difference is that they actually managed to get three points this time round.

They scored two quick goals and created many more chances to put the game to bed, but even with these stats, one can’t seriously say that they expected anything other than a United win before kick-off, so why are the media so quick to rave about the comeback? Newcastle were yet to win a game in the league this season (and still are, following this result), so the odds were firmly in the home side’s favour. Especially as Newcastle attempted to do a ‘Benitez special’ and shut up shop at the back. They made a couple of forages forward in the second half, but overall they tried to remain watertight at the back, as their main method of picking up the points, once they’d got their steady lead at the break. And when you’ve got the players that Newcastle do, without any disrespect to them, against the cost-heavy Manchester United team, it looked unlikely that they would hold firm, and eventually, the pressure told.

"This is not about me or the players…this is about the club."

"I am 55 years old and this is the first man hunt I have seen in football." ?

So despite the drama that came with the manner of the victory, the same problems still persist with Manchester United.

1) The defence seem like a bunch of strangers. In fact, they don’t even seem like footballers. It’s that bad.

2) The attack isn’t firing. This attacking performance was only ignited by a Juan Mata free kick, and up until then, the forward players were anonymous. Lukaku is as useless as ever.

3) There doesn’t seem like there’s much passion on the pitch. They got their finger out, but only when Newcastle’s defensive tactics invited the hosts onto them. It was hardly outstanding initiative shown from United.

So a much needed win for Manchester United. But had the opposition been better than lowly Newcastle, the game would have been beyond them before they had a chance of getting back into it. The fact that the celebrations in this fairly routine match have been so exaggerated, says a lot about the lack of quality coming out of Old Trafford at the moment. This was a result papering over the cracks, nothing more.