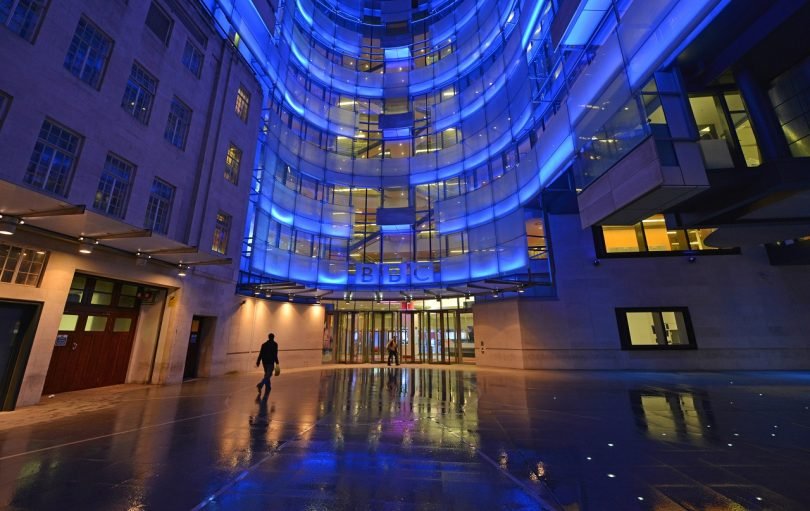 On an ordinary day, a man sits down in a pub. He is greeted by the barman. “And what can I get you sir?” the barman asks.

“Oh, get me a gin and tonic,” the man replies. “No, make that a double. I just bought my television licence.”

The man in question was John Cleese, and discussing the fee, through a routine from the Monty Python film The Life of Brian, asked a simple question of the barman, played by the actor Michael Horden: What have the BBC ever given us?

It was part of a 1986 advertisement for the BBC licence fee, which at the time was £58, as some of the broadcaster’s prominent personalities from that year convinced Cleese of the number of services that are available on TV and radio for that price, translated to 16p a day.

Just a quick reminder what you get for your licence fee #yourbbc pic.twitter.com/I1DdbtQlRF

It is a subject that has in recent months escalated politically, causing some divisions within the Party. As Shadow Culture Secretary Maria Eagle accused the government and Culture Secretary John Whittingdale of being ideologically driven and bullying the BBC, a cross party group in the House of Lords had said there was no case to scale back the broadcaster’s operations.

Additionally, former Conservative Party chairman, Lord Fowler, indicating he would launch a draft bill ensuring the charter renewal would be approved by both the Commons and the Lords, and to guarantee that the licence fee can only be used for the BBC, increasing with inflation.

In an interview with The Observer last Sunday, Fowler said the broadcaster’s global reputation deserved to be justified, and that there is no ability to vote on it in Parliament, or no Parliamentary appeal, something that should be reflected in how the BBC is treated.

“Governments of all persuasions have tried to interfere with the BBC, and political antagonism towards it is certainly not confined to one party,” Fowler said. “That suggests to me that the BBC’s global reputation for balance and impartiality is not only justified but also deserves to be protected.”

Some of the political concerns were touched on as the White Paper was released. In the paper, the licence fee would be maintained for 11 years, rising for inflation, and that the Charter would also be 11 years so it is removed from any political debate in the general election.

The Paper also calls for the BBC to be distinctive with its services, but noted the government would give content guidance to regulators on requirements.

The Paper called for a unitary board, where the government would appoint its chair, deputy chair, and members from all of the UK’s nations. The remaining members would be appointed by the BBC.

You can read the #BBCWhitePaper here https://t.co/C4XnjEF2xz – doesn’t seem revolutionary

In a statement in response to the Paper, Lord Hall, the BBC’s Director-General, said the broadcaster did not agree with the government on this, and the board must be fully independent.

“While there are many things we strongly back and endorse in the White Paper, the current proposals for the unitary board require further consideration,” Hall said in a statement. “In terms of the process, we think the chairman and deputy chairman should be appointed by the Government through an independent public appointments process. After that, we want a board that is the right size, with the right balance of skills and the right talents, appointed in the right way.”

BBC responds to today’s Government White Paper on the future of the BBC https://t.co/o6fxvsOlZT #yourBBC pic.twitter.com/OYmGNJmQW5

While most of the proposals were met warmly, there is more to be done before the Charter comes into force in the New Year to ensure the BBC remains independent and viable. It is essential that it remains so, for the reasons go beyond the pure purposes of broadcasting.

It is about understanding the world through its journalism, on TV, radio and online, cheering on humanity’s creative spirit and dedication through the Great British Bake Off and through music programmes on Radio 1 and Radio 3, and educating the next generation through children’s programmes, documentaries and Sir David Attenborough’s nature shows.

What have the BBC ever given us, you ask? The BBC have given us the ability to understand ourselves, to feel connected, to feel inspired, and most importantly, to belong. For there is one goal that connects these programmes that is at the core of the world’s foremost public broadcaster – to improve the prospects for democracy, the world, and our own lives, something no politician can, or should, control.

It was at the foundation of the broadcaster’s founding almost a century ago, and it remains at the crux of what it does today. Therefore, it is imperative that its independence be maintained, and that the BBC can confidently continue to function and do the work it is known for the most, for the people who deserve it the most – the public.

What do you think of the White Paper on the BBC? Can it truly remain independent? Have your say in the comments section below.