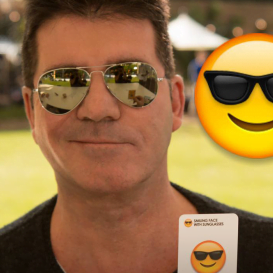 All hail Prince O’ Leary for he hath spoken! Earlier this week (11th Jan), Dermot O’Leary told Radio Times that the X Factor should “take a break”. And I completely agree.

As the years have gone on, we’ve seen multiple changes that have tried to cover up the grey hairs on this aging ITV family member: new hosts, shake-ups on the judging panel, live auditions and 2015’s ‘Six-Seat Challenge’. But the viewing figures have kept falling and the artists who do well in the show don’t do as good in the charts.

The fans of the show seem happy, and that is great, honestly, but the fact is that the show doesn’t do as well as it used to. Back in 2010, a humungous 19.4 million people tuned in to see Matt Cardle be crowned winner of the seventh series – this was also the year a new group called One Direction were on. However, just 5 years after this high, the viewing figures for the most recent final didn’t even reach 6 million – in spite of the huge investments in new presenters, Caroline Flack and Olly Murs, and new judges, Nick Grimshaw and Rita Ora.

The show is contracted for another series in 2016 – the last in its current three-year contract. So this is an urge to all the producers of the show and ITV after 2016. Don’t renew the contract. Kill the show off. It might be your baby, Simon, but it’s all grown up now. It’s coughing, spluttering and needs to put its feet up and have a cuppa.

Make people realise how much they miss it and then bring it back. When it returns, make it better than before. Perhaps then it’ll start to be the King of Saturday night once again. Let’s take a look at some other shows which have done the same…

Crashing onto our screens in 2002, SNT made the perfect Saturday night of entertainment, enticing viewers of all ages. The element of surprising members of the public worked particularly well – getting them to ride a giant piggy bank or dressing them up as a mouse before making them run around a maze collecting cheese. The colours red and blue were less Labour vs Tory and more Ant vs Dec.

Until 2009. Although Ant & Dec were still everyone’s favourite presenters – duh – ratings were falling, some features were becoming a tad repetitive and Little Ant and Dec were not so little anymore.

And so it ended; the boys continued presenting Britain’s Got Talent and I’m A Celeb, along with Cowell’s gambling gameshow Red or Black? (remember that…?)

And then – BEST NEWS EVER – Saturday Night Takeaway was to return! It had only been gone for 4 years but that was enough for the British public to miss it, and when it came back in February 2013 it was an undoubted success with almost 8 million viewers watching, often beating BBC rival The Voice, and even getting Britain’s beloved duo to the top of the charts.

Who could forget the fantastic new segment ‘I’m A Celebrity… Get Out Of Me Ear!’, perhaps the most famous of which featured Louis Walsh going literally bananas.

Can the X Factor take inspiration from the opposition?

Hopefully, because since the reboot of long-running dancing show Strictly Come Dancing returned in 2004, it’s been a huge hit for Saturday night BBC television.

The original Come Dancing waltzed around our screens from 1949 until 1998, which is such a length that it is referred to in the industry as running for ‘A VERY VERY LONG TIME’. Back then it didn’t feature any celebrities, other than the presenters which included Terry Wogan, Angela Rippon and Noel Edmonds. The format revolved around professional dancers giving dancing advice, and it wasn’t until 1953 that it became a competition, with regional head to heads.

Nowadays, the new Strictly Come Dancing is a celebrity competition, hosted by Tess Daly and Claudia Winkleman, and of course Sir Bruce Forsyth before he announced he was leaving in 2014. The show has also been a successful export around the world, known as Dancing With The Stars. Whilst X Factor has also been a hit overseas, isn’t it a bit risky to allow the show to go stale in its home country?

Okay, okay, I know this one hasn’t ever had a hiatus, but previous TV talent shows Opportunity Knocks and New Faces are pretty much the parents of Britain’s Got Talent, and when BGT came on air in 2007, there hadn’t been a variety talent show of this success for years.

Opportunity Knocks aired on ITV from 1956-78 before moving to the Beeb in 1987 where it lasted for four series. It gave rise to performers such as Les Dawson, Debra Stephenson and Paul Daniels, as well as featuring a young Lee Evans in 1986. They rejected him at his first audition though. Oh. Awkward.

New Faces, which ran from 1973 to 1988 – and had a truly great theme tune – saw the start of successful careers for people such as Lenny Henry, Michael Barrymore, Victoria Wood, Les Dennis and everyone’s favourite, the Chuckle Brothers.

Back to Britain’s Got Talent.

Good presenters? Check: Ant and Dec.
Good judges? Check: at the moment at least… did I imagine David Hasselhoff judging or what?
Good acts? Check: some of the most successful have been Paul Potts, Susan Boyle, Diversity, and Ashleigh and Pudsey.

BGT is well-loved by the British public, with the 2015 final being the second most watched show of last year, just behind the final of the Great British Bake Off, obviously. In fact, there were seven episodes of BGT in the top 40 most watched shows, twelve for BBC hit Strictly and… erm, none from the X Factor.

So is the writing on the wall? Will Simon listen to Dermot (and to me) and give the X Factor a break?

And if it does go, what would fill its space? News that ITV recently bought the rights to The Voice could be a sign of change. And what other shows would you like to see return? Personally I’d love ITV to bring back Harry Hill’s TV Burp – in fact, there’s a programme that’s had a break for long enough already! Thank goodness for YouTube, eh?

Do you think the X Factor should have a break? Let us know in the comments below!