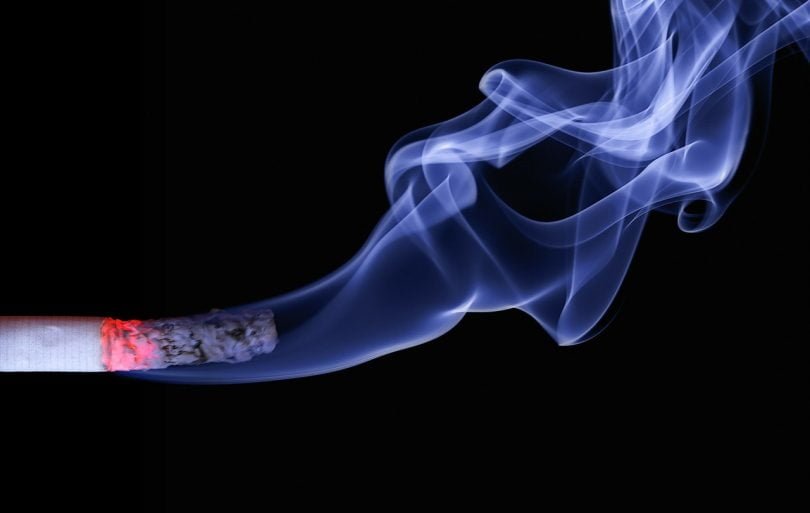 Smoking related diseases kill one in 10 adults on a global scale. It is said that if the current trends of smoking continue, then the ratio will escalate to one in 6 people dying from something smoking related. Nevertheless, people are still smoking and the numbers are increasing… so I ask why.

Why do people smoke?

Most smokers have usually started smoking when they are in their teens – possibly due to peer pressure, growing up around smokers, a use as stress relief, to improve one’s ‘self-image’ or just the curiosity of it. By the time they have reached adulthood they will be addicted.

But even though they know the dangers of smoking, they still carry on. When asking smokers ‘do you want to stop smoking’ quite a large number of them say yes, but it is a very difficult habit to break as it is such a strong addiction.

There are already a lot of negative smoking advertisements, aren’t there?

Well, this can be answered in two ways. Yes, there are quite a few variety of posters, videos and other advertisement techniques in order to promote smoking in a negative light such as the picture on the right.

The NHS have many other advertisements like this to try stop and prevent people from smoking.

But what it doesn’t do is make people further aware of the diseases and problems that smoking can cause, and many people agree that there needs to be more in advertisement in this area to help prevent smoking.

I think that if someone, specifically an adult, has been smoking for a long period of time, they aren’t going to be stopping anytime soon no matter how much the media portrays smoking in a bad and negative light, and no matter what problems arise they will still carry on smoking.

Take my grandma for example, her husband died a few years ago from lung cancer caused by smoking, but that still didn’t stop her smoking. She’s recently had her own health issues that have been influenced by smoking, but because of the fact she has been smoking for over 50 years, nothing is going to stop her habit, especially not advertisements. The only thing adverts might do is to prevent youths from starting smoking so young.

But if smoking causes so many diseases and deaths, why do people still do it?

It is a well-known fact that smoking does cause diseases such as cancer, problems such as hearing loss and deaths every year around the world; so why do people still smoke? Is it the need to feed the habit constantly? Do smokers think of the damage that is happening as they smoke?

When asking a few smokers, I found out that the danger of smoking is going through their mind at the time but is stopped due to the fact that smoking a cigarette eases their stress and tension therefore makes them feel better. However, people have said that after realising what smoking can cause they feel as though it would be best to quit and tend to try – but it all goes down to the association of having to have a cigarette to relieve tension from a bad day.

Some smokers would definitely consider quitting smoking if a family member died from a smoking related illness, or if they got any type of illness themselves. But no smoker has said that an advertisement would stop them smoking. I believe this is a bad thing that needs to be addressed otherwise the numbers of smokers will increase, and the starting age of smoking will possibly become lower.

All recent studies point to the fact is that vaping is better than smoking. With Public Health England stating that electronic cigarettes are 95% safer than smoking and Cancer Research UK supporting vaping in the fight against smoking relating diseases.

As a non-smoker I am aware of the judgment that smokers receive, as I have judged smokers like many other people. Many non-smokers have a strong hatred for smoking but for different reasons – it may have effected someone in their family or they may just think it is unnecessary and grotesque.

Opinions of smoking alter from person to person. Some people won’t be bothered, some people cannot stand being metres within someone smoking, and some people will like it. I don’t particularly like smoking, but I can tolerate it due to being around people, such as family members and close friends – it’s their choice at the end of the day.

However, I wouldn’t smoke. But only for the fact that I have lost my granddad because of it, and I saw how it affected my family.