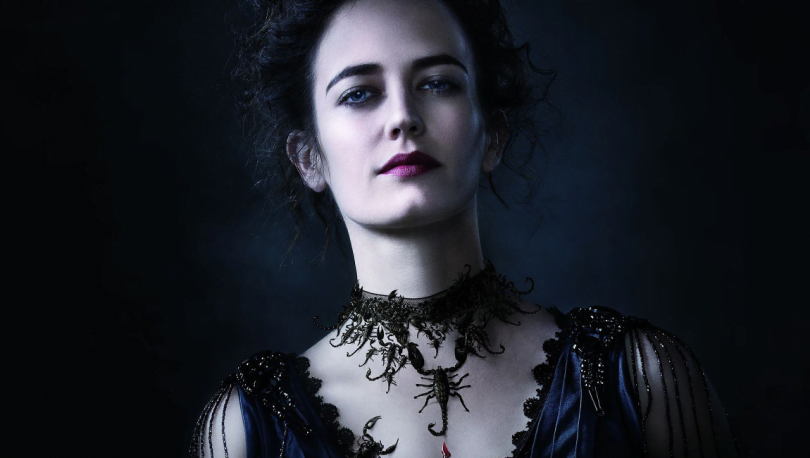 If the past year (let alone the past few centuries) has taught us anything, it is that men are in a position of undoubtable power over women. It is outdated, it is archaic, and it makes for a world full of anger and hostility.

The perception that men and women cannot live together in an equilibrium of equality is a puerile notion, put forward by patriarchal ideologies feigned to keep a glass ceiling over the heads of the female gender– as well as many other groups of people too. It’s not surprising, nor is it anything new, despite the leaps forward society has taken to achieve, or at least highlight the importance of, equality. And so why are the arts, arguably the most liberal and progressive industry there is, still oppressive of women, and in particular one female archetype almost above all else: the anti-heroine?

The anti-heroine is far from the top of the list when it comes to discriminated women in fiction. It is imperative that we have more leading ladies who are of different cultures, ethnicities, sexuality and gender, along women who are simply more than the prize to be kissed by the hero. However, the lack of appreciation for female antagonists is still an issue which needs to be broached. Whilst the film industry remains as hypocritical and two-faced as it ever was (looking at you, Hollywood), the literary canon must also be held accountable for the treatment of such an archetype.

Women of villainous means have always lurked within the literary canon, but they so often act as a springboard within a text to pivot the story forward, whereas anti-heroes or male villains are of the most importance within a story. The best example of this is Shakespeare’s ‘Macbeth’. Within this play we have an eponymous anti-hero, a soldier of honour in the initial scenes; a man with the potential to become great and celebrated on his military prowess alone, who falls into a chasm of greed and paranoid vanity. It is of course the act of women which pushes him off the precipice of pride and down into the much more exciting chasm of tyranny, perhaps like Eve enticing Adam with forbidden fruit. It is a notion as old as Genesis, and yet what do these women get from this story? Nothing.

It is witches who plant the seed into Macbeth’s head, but it is his wife, Lady Macbeth, arguably the most important and fascinating character within the play, who puppeteers him into regicide. Lady Macbeth and the witches do the most important thing within this tragedy, and that is set the sequence of events in motion. Without Lady Macbeth’s ambition, what we have are hours of Macbeth skulking around a castle, discontent with his social position but without the gall to do anything about it. If this play is to be celebrated, it is down the enigmatic Lady Macbeth that it is. But unfortunately, she is not appreciated for being such an integral part of the foundations, but rather dispensed of and forced to suffer a fate which jars with her character.

Similarly, we have Morgana le Fay from the King Arthur legend. Within the legend, Morgana becomes a wicked temptress: the nemesis of her half-brother Arthur and his beloved Guinevere. Whilst Guinevere has become an epithet of womanly grace, regardless of her affair with Lancelot, Morgana is the vile, darkly sensuous witch with sociopathic tendencies. It is a classic case of the virgin-whore binary, in which a woman is either the domesticated princess or the licentious bitch with an agenda, and as with Lady Macbeth, it is the latter which excites the story.  However she is not an outright villain, nor is Lady Macbeth: in an age in which we have rooted for the death of Joffrey Baratheon in ‘Game of Thrones’, can we even consider fictional regicide a true cause to brand a character villain? And unlike most villains, Morgana has her moment of repentance at the end of ‘Le Morte d’Arthur’, in which she holds the wounded Arthur, referring to him as ‘dear brother’. So she is not a villain, but an anti-heroine, akin to Circe from Homer’s ‘Odyssey’, or Medea.  Yet she is rarely presented as an appreciated figure from the legend, despite being such a driving force throughout it.

Nevertheless, there are exceptions to this, in which the anti-heroine of the story takes on an eponymous role. Daphne du Maurier’s 1939 novel ‘Rebecca’ is one of the stars of the female gothic genre, featuring a femme fatale-style character who seamlessly haunts a plot without making a single physical appearance. Although the novel could be critiqued as two women being pitted against each other, or more specifically, a woman who feels inadequate because of the memory of another woman, this is merely the surface of the plot– to say it is only that is to forgo the complexities which make this novel about the power of women. Not only is the text pivoted by the memory of an anti-heroine of such presence that she need not appear physically to become such a renowned character, but we have a heroine who, despite her conflict with Rebecca, learns much about independence and self-worth from her.

And so, anti-heroines are so much more than the ‘bitches’ of a text, and yet they are suppressed, reduced to shoddy character development and grizzly ends which verge on unnecessary. They are women who still are neglected in literature and film today, with exceptions such as ‘Penny Dreadful’, ‘Game of Thrones’ and Disney’s ‘Maleficent’, but it begs the question why, when society is crying out for independent and complex female characters, are they still passed off as the nasty ‘other woman’ who’ll get what’s coming to them? And why, when we think of anti-heroines, do no modern characters from literature spring to mind?