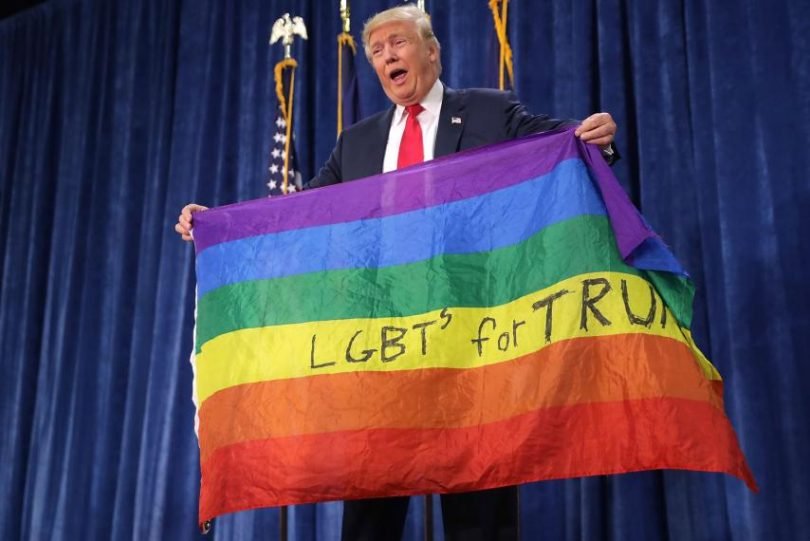 ‘He came home drunk one night and smashed me across the head with a phone and cracked my skull. I got myself to the hospital, and when I came home, he was gone’.

These are the words spoken by Australian singer Russ Vickery in an interview with The Guardian in 2017. The breakdown of Vickery’s relationship with an abusive partner propelled him to direct the stage production ‘My Other Closet’, a show about surviving intimate partner violence. The production functioned not only as a means to raise awareness of violence among the LGBTQ community, but also formed a vital part of his own healing.

Despite our best efforts, we are culturally determined to view Intimate Partner Violence (IPV) within a binary gender model of male perpetuator and female victim. It is a concept dating back to the earliest narratives fed to us in childhood; the distressed damsel abused at the hands of an evil masculine presence.

As modern day gender categories evolve and develop so must our concept of the victim. A shocking new study undertaken by the University of Michigan revealed that out of the one hundred and sixty male couples surveyed, almost half (46%) had experienced some form of IPV in the past year. IPV refers to emotional, physical or sexual violence between romantic partners, yet also extends to controlling behaviors. The simple act of monitoring a partner’s phone for incoming messages can mask a darker form of abuse simmering beneath the surface.

But why is violence in male only couples increasing at such an alarming rate? The study, which recruited 160 male-male couples in Atlanta, Boston and Chicago, found a correlation between individuals who display high levels of internalized homophobia and men who are more likely to exhibit violent tendencies towards their partner.

‘The gay person’s direction of negative social attitudes towards the self, leading to a devaluation of the self and resultant internal conflicts and poor self-regard’ (1998).

Although the promotion of liberal tolerance has made significant headway made round the world, the leading cause of internal homophobia remains society’s negative perceptions, intolerance and stigmas to the LGBTQ community. A survey conducted by The Harris Poll revealed that fewer than half of LGBTQ adults (49%) said they were “very” or “somewhat” comfortable around LGBTQ people in certain scenarios, a number down from 53% in 2016. Men who reported being victims of racism were more likely to report controlling their partners by not letting them see friends or family. They were also likely to be on the receiving end of all forms of domestic abuse. Someone who experiences higher levels of internalised ‘shame’ is lacking both power and control. The logical progression for the person becomes to enact the power they are lacking on to their personal relationships.

There is a worrying trend between this rapid increase in homophobic mentality and the recent rise of the far right. In the last two years, the USA has undergone one of its most radical political transformations under the administration of its infamous peroxide president. This has lead far right ideologies, once a radical leap over our centrist equator, to gain an alarming prevalence. Infamous Far Right supporters such as Samuel Rodriguez, leader of the National Christian Hispanic Leadership Conference, and Blogger Bre Faucheux frequently plague their followers with provocative anti-LGTQ material. In 2012, Rodriguez famously deemed Obama’s promotion of marriage equality ‘an attempt to silence the church of Jesus Christ’. Whilst the British press has been awash with content on the links between the rise of the far right and the spread of toxic masculinity, little has been said about how this dynamic manifests itself in same sex male relationships.

One need only glance at some of the most infamous examples of literature’s latent homosexuals to gain insight into the relationship between repressed sexuality and hyper-masculine displays of violence. Cast your minds to Brick in Tennessee William’s hedonistic 1955 drama, whose repression of his sexual orientation leads him to an overly zealous and dangerous display of archetypal masculinity.

‘Struggling with your own identity could really lower your self-esteem. If you’re constantly told that you’re not normal, that your same-sex attractions aren’t normal, you start to question it yourself… Maybe you lower your own value, and maybe you’re more likely to stay with a partner who’s violent, because you’re more likely to tolerate violence in a relationship” said study co-author Rob Stephenson, the Vice Chair for Research at University of Michigan’s Department of Health Behaviour and Biological Sciences.

Yet despite a growing awareness among the LGBTQ community, IPV in homosexual relationships remains an intricately complex issue to tackle due to the contradictory way it weaves itself into the fabric of society. It is at once culturally provocative and persuasive, seeping into our everyday consumption through anecdotes and newsreels. Yet it is simultaneously buried within shrouds of silence and whispers. According to research undertaken by Safelives, a huge 47.1% of the young people said that fear of homophobia, biphobia or transphobia from service providers would make them less likely to access domestic abuse support services. They also shared concerns about confidentiality; specifically, concerns about being outed by services to family.

As society becomes anesthetized to hyper displays of masculinity, it can be even harder for sufferers to find a voice. Russ Vickery recites being told that ‘when you have two blokes together, arguments turn physical. I had no barometer,’ he says. ‘I figured this was what it was like’.

Vickery has now managed to break away from his abusive relationship and found solace through a freelance singing career in Melbourne. Yet until conversations surrounding violence in relationships begin moving outside of a hetro-normative framework, many men will continue to suffer within a cycle suspended between silence and intimidation.