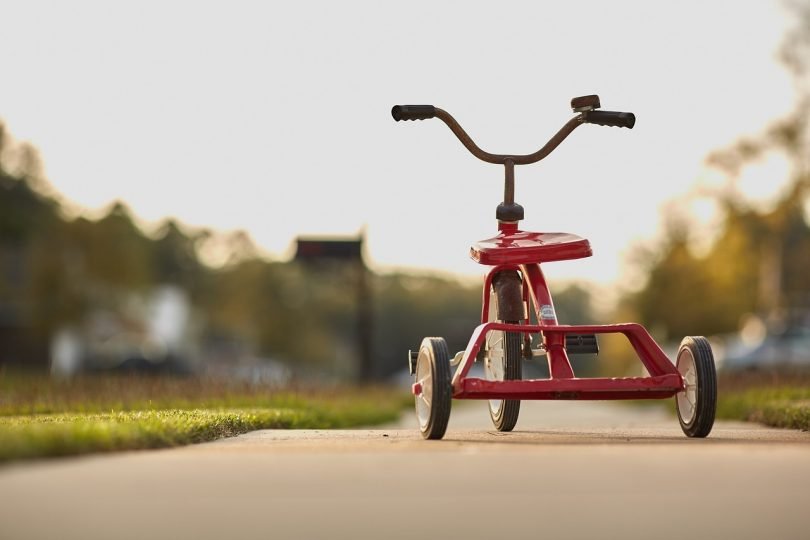 I had a difficult childhood. I wasn’t abused. I wasn’t bullied. I didn’t have cancer, my parents didn’t get divorced, I wasn’t in a car crash and I didn’t loose a sibling. Yet my childhood was a very difficult part of my life.

When I was 8 I had scarlet fever. It’s not that common since antibiotics were discovered, but it’s not that uncommon either. As with most strep infections, the doctor prescribed bed rest, banana flavoured medicine, and I was pretty much housebound for 2 weeks, but after that period was up I was completely fine. Physically at least.

Within a few days of finishing my treatment, I watched the Guinness world records on TV. There was a segment in which a young woman shoved a sword down her throat and pulled it back up again without puncturing any of her organs. After watching it I wondered what would happen if I went into my kitchen and shoved a knife down my throat. I remember thinking, huh, that’s a weird thought. I’ll stop thinking that soon. But I never did.

Amber's intrusive thoughts kept her awake at night and stopped her functioning in the day.

To mark the start of #OCDAwarenessWeek, her blog explores living with intrusive thoughts and learning how to deal with them.> https://t.co/NvND83JYZu pic.twitter.com/BHHyRFFYOQ

Pretty soon I was having other disturbing thoughts, like what would happen if I took a knife and stabbed my sister to death while she was sleeping? What if I gorged my own eyes out? What if I picked up my dad’s razor and shaved my head? The more I tried to not think these things the more intense the thoughts got, to the point I couldn’t sleep, breathe, or think without excruciating mental pain.

Within a few weeks, the thoughts had not only got more intense, but I’d also developed other worrying symptoms. My handwriting went from being neat to illegible. I developed severe separation anxiety from my parents, and I would spend hours at night scrubbing my bedroom door, because I was convinced it was dripping with poison and if anyone touched it I would be in prison for attempted murder. I tried to persuade my parents to barricade me in my room at night, because I was scared I might kill myself, my sister and our cat.

My GP referred me to my local children’s hospital as he was concerned I was suffering from a rare autoimmune condition called PANDAS Syndrome, in which after a strep infection, an autoimmune response attacks the part of the brain controlling behaviour and emotions. It can cause a range of paediatric neuropsychiatric conditions, like OCD, Tourette’s and ADHD. However, the main difference between developing these conditions idiopathically and/or genetically and developing these conditions through PANDAS is the intensity of the symptoms. For many of us with PANDAS our symptoms develop almost overnight. One day we’re calm, playful kids and the next day we’re riddled with fear, pain and confusion.

The hospital read through my symptoms and decided not to do anything. As far as they were concerned I didn’t have a mental health problem. They couldn’t see any overt symptoms. I wasn’t constantly washing my hands. I didn’t bully the other kids in my class and I didn’t bring that much attention to myself at all. I can see why they thought I was fine. Most kids with PANDAS show their symptoms through what they do. I didn’t. To the outside world I was still a quiet, well-behaved school girl. But on the inside, I was drowning.

To this day, whenever I hear the words “sorry we can’t help you,” or “your symptoms aren’t bad enough,” or “you’re in the clear,” my hands go numb, and I’m transported back into that room with the doll’s house in the corner, with the woman telling my parents to take me home as there was nothing they could find wrong with me.

It wasn’t until 15 years later, after I was diagnosed with Emotionally Unstable Personality Disorder after hitting psychiatric crisis 4 times, that I began to realise the damage that being abandoned all those years ago really had on me. After being discharged from the hospital I not only had all my symptoms to contend with, I also had no support from any medical professionals and no longer felt able to open up to my friends or family about it. After all, if I didn’t have OCD what was I? An evil, twisted little monster who thought she would one day loose control and kill everyone she cared about.

The only therapist I did have was myself; an 8-year-old girl who really wasn’t qualified to be giving anyone advice, let alone try and treat a complex mental illness. Growing up this way has been tough. My thinking patterns have become so ingrained that they have become part of my personality. I fear abandonment and I don’t have a clear sense of who I am.

Now I’m 23 and have only just started to unpick the trauma of what happened. But I think one of the hardest parts is actually accepting that what happened to me counts as a trauma at all. When most people think of a trauma, they think of something that happened right in front of them. A car crash, a divorce, a death or abuse. We talk about how experiencing one of these events can cause mental health problems, like PTSD or BPD. But what about when the trauma is caused by your own mind?

Intrusive thoughts can convince a sufferer that their very worst fears are coming true. That we’re going to become someone that we are afraid of. Constantly we worry that we’re not worthy of love, that we’re going to cause harm to the people we care about, that we’re going to abuse a child or that we’re sexually attracted to animals or a parent. If these thoughts were said to us, by another person, this would be abuse. But as we tell it to ourselves, it’s not seen to be as serious because it’s not played out in front of us.

Our illness might not show on the outside, but on the inside we face the same amount of trauma as a person would if they were forced to watch non-stop horror films for the rest of their lives that no one else had tickets to. And the very worst part is no one else believes us, because they got Disney tickets instead.

It may be true that going through this has made me stronger, but I didn’t need to be strong. I needed support. I needed to have someone tell me that my thoughts don’t define me so I wouldn’t have had to spend the majority of my childhood believing I was evil. Our children deserve a lot better than what I went through and our NHS needs better funds. But the main thing we need to do is to tell our children that their pain is valid. That we hear them and that we’ll fight for them until they’re ready to fight for themselves.