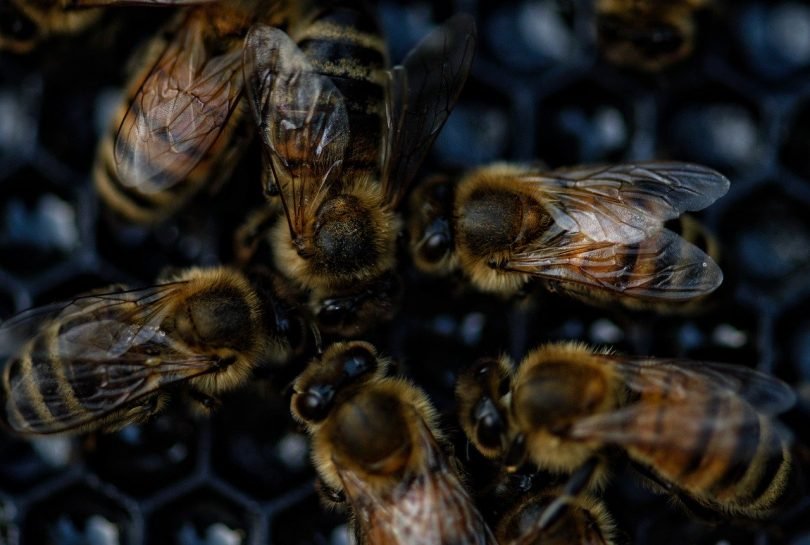 Amidst discussions of climate change and the environment, the decline of the bee population is often overlooked, yet holds one of the most serious threats to humankind. The number of native bee species in the UK has reduced by half, beekeepers have reported a loss of 44 per cent of their colonies, and two species of bumblebee have become extinct since the start of the 20th Century.

30 per cent of bees have disappeared nationwide in the last half decade alone, resulting in a warning issued for CCD (Colony Collapse Disorder), while many new species of bee have recently been added to the list of endangered animals. Now supported by other scientists and scientific research, Einstein’s prediction that the human race would not survive 5 years without bees is gradually becoming a terrifying prospect of a possible future reality.

Often thought of as just annoying flying creatures with an evil sting, people tend not to realise the complex and indispensable role bees play in the world. They are the primary pollinator of the majority of plant species, essential for agriculture and the maintaining of crops. Without bees, 1/3 of our regular diets would be affected due to failure of crops and damage to the animal farming industry, as animals require a huge amount of grains for food. These affected crops include cotton farming, an industry providing 40 per cent of world fibres.

As well as this, bees pollinate wild flowers which play a key role at the bottom of a vast web of food chains. And as if this wasn’t enough, bee extinction would massively damage the economy, considering the severe decline of the food and clothing industries.

There are multiple different reasons offered to explain the decline of the bee population, including loss of habitat due to the destruction of the countryside, invasion of foreign life forms, parasites, climate change creating harsh inhabitable weather conditions, and the increased agricultural use of insecticides and pesticides causing death and illness amongst bees. It becomes clear then that it is us who are the main killer of bees, an unsurprising realisation considering how much damage the human race inflicts on the environment everyday.

If bees did become extinct, scientists have predicted the extinction of the human race to follow shortly after, due to the failure of crops and inability to farm animals, not to mention the likely upsurge of wars and conflicts a worldwide famine would generate. What’s more, the damage to food chains would be immense, leading to a domino effect of worldwide extinction of many animal species.

So what can be done?

Firstly, governments of the world need to implement change, essentially looking beyond the convenience of the present and towards the future of humanity and the world. Pesticides and insecticides must be banned, as must the destruction of the countryside be stopped. Governments must defend the legitimacy of global warming, reject the denial of it from ignorant voices of people like Trump, and start acting upon it to save our fragile planet.

And what can we as individuals do to help? When gardening, opt for bee-friendly flowers to create your own little bee haven in your back yard and never use pesticides, insecticides or weed killers. Get involved with local wildlife conservation projects and help spread understanding of how important bees are to the world. These methods may be small scale, but if adopted by lots of us, can and will help the bees, as we welcome them back and make the world a better place for them to survive and thrive again.

Bee extinction is happening. This is fact. And what else is undeniable is how much we and the rest of the planet need and depend on this intricate and beautiful species for survival. If we care about our future and about the world around us, we must act now to save our bees. Now go forth, plant lots of bright and colourful flowers, and learn to love our humble bumbling friends.