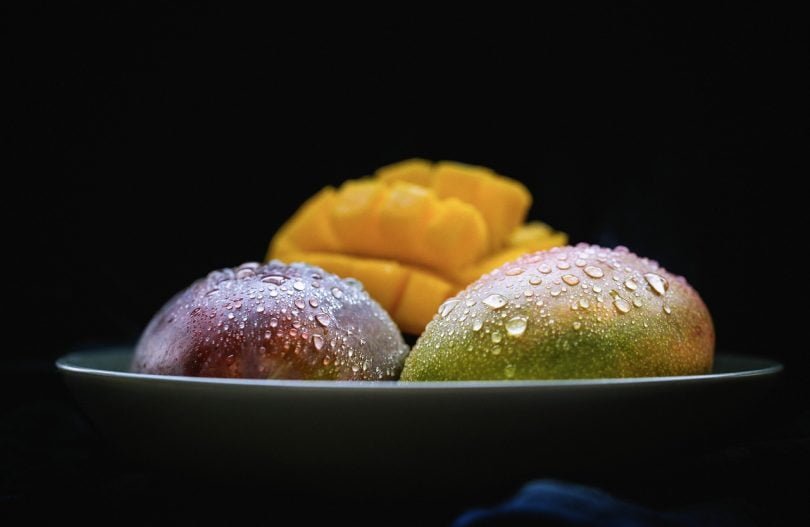 Before University I took a year out with a friend to travel and work in Australia. We had both been to Australia before, but neither of us had experienced life in the outback. We arrived in Brisbane, and a few weeks later flew to the Northern territory to work on a mango farm in Mataranka.

To give you an idea of where Mataranka is, think of somewhere really really far away from anywhere, then push it a bit further away.

Before we flew to Darwin, we had been staying in a very civilised suburb of Brisbane where cool bars were a stone’s throw away and people were everywhere. This is something that we didn’t appreciate enough at the time. Little did we know that soon, a trip to the ‘local’ supermarket would be the highlight of our week.

During the harvest, we worked full days and often weekends. Once we had acclimatised to the heat, he time passed fairly quickly and we were earning the money we needed to travel the rest of Australia. During the harvest period farms employ temporary work usually in the form of backpackers so it was never boring and there were plenty of people around. Plus, there was plenty of beer, and it was still a novelty swimming in crocodile infested waters. Learning to fill my spare time by drawing on oddly shaped mangoes to make them into other objects was just a snap shot of what we would later find ourselves doing for some form of entertainment.

By the end of the harvest, we hadn’t quite turned into mangoes, but we were well on our way. We had earnt the money we needed, and it was time for beaches, beers and BBQs. After finishing the harvest with a huge sausage sizzle, we travelled to Darwin, the capital of the Northern Territory and slightly overwhelmed by civilisation had a rather large night out before flying to Perth for Christmas.

We spent the next few months working our way around Aus, sunbathing in Fremantle, down to the Borassa Valley for wine tasting, and across to explore Melbourne. In all honesty, we were hardly slumming it and when we decided we wanted to incorporate New Zealand into our trip, we realised we could no longer survive on our mango earnings. We looked for jobs in Melbourne, but we struggled. In fact, we even struggled to find accommodation, one night we hopped between 24 hour McDonald’s and finally slept on a bench outside the library. There was one place where we knew spending money wasn’t an option, and we had been offered a job if we needed one; so Mataranka it was. We flew up to Darwin before making the journey back to the farm, the difference was, this time we knew how far from civilisation we were heading.

It wasn’t harvest time on the farm now, and our job was prepping for the next harvest. My job was driving a tractor with a sprayer attachment up and down the rows of every block of mangoes at 10km/hr from 6am – 2pm. Occasionally I saw a snake, other than that, I just saw mango trees. Usually if we needed a wee while out in the tractor we’d check for people, and snakes, and just squat where we stopped. I refilled my tank back at the yard occasionally, and if you timed your bladder's needs well, you could use the toilet; appropriately signed ‘man-goes’ one way, and ‘girl-goes’ the other. My phone supplied me with music but often over heated and turned itself off. In fact, we both tuned in to the radio station at 12 (when our tractors would let us) and enjoyed the daily country song they played; when this became the highlight of our day, we knew we’d been there too long.

Asleep at the wheel

The most exciting day I had working was probably when I lost concentration/fell asleep at the wheel and drove into a mango tree, breaking the sprayer attachment off my tractor. I remember ringing the farm manager Bruce (yes, that was his name) and telling him that I had broken it. He told me to drive it back to the yard…and when I told him it was no longer attached to the tractor, he was slightly more concerned. My punishment was cleaning Bruce’s office while it was being fixed, which mainly consisted of using a broom handle to wipe away spiders webs. Judging by the size of them, I’m lucky I wasn’t eaten by a spider that day.

After work, we faced an afternoon of nothing, before dragging out cooking our dinner that had been planned several days in advance, before an evening of nothing. In fact, I think that’s the key to successfully living the outback lifestyle, getting better at doing nothing, and making anything you can, more than it is. You name it, we probably did it.

When it came to the weekends, these were the real challenge. Friday was most definitely the highlight of the week, we had a half day working, and then our weekly 3 hour round trip to a supermarket. And of course, because we had had all week to meticulously plan our food for the following week, we had time to sit in a café in Katherine too. If you could see Katherine, and then imagine that as what we once considered the height of civilisation, you would realise the situation we were in. Katherine was home to a supermarket, a few drive through booze shops and a large amount of drunk aboriginal people. After our trip into town, we would all pile in the farm Ute and head back for an exciting weekend of nothing. Ted the farm hand would start his beers en route home, and usually he’d manage about 12 cans in the round trip. Friday evening was usually spent outside Geoff’s cabin. Drinking and playing cards and charades. One lesson that the Northern Territory taught me, was to never spend an evening alternating whiskey and bailey shots. It doesn’t end well.

Saturday was the start of potentially 48 hours of nothing. Usually we’d try and wake up late, so that the day of nothing was a little shorter. If we were very lucky, Shaun would be going for a swim in a spring or river, and we’d go with him. There is always a slight risk of crocodiles in the NT, but to be honest, if one of us got eaten by a croc, at least we’d probably have to venture at least to Darwin hospital for medical assistance…it was a risk we were willing to take.

We learnt, as time went on, to make the most of what we had. We usually scheduled in at least a few hours of sunbathing at the weekend. We would drag our mattresses from our cabin onto the dusty grass and lay there for as long as we could stand the heat. We’d go into our cabin for 10 minute intervals, and then turn over. A bit like a hog roast.

If people on the farm were about, we’d sometimes spend the evening playing crate golf. We were usually in pairs, and the aim was to get your golf ball into a plastic crate situated somewhere on Geoff’s lawn. Crate golf often got competitive, and it was easy to feel the pressure when paired with Bruce, who didn’t settle for runner up.

Occasionally we’d both get bored of doing nothing and decide we were getting fat off mangoes and try and do some exercise. The heat and humidity made this particularly unpleasant. I remember going on a run once in the morning, and thinking I definitely knew my way around the farm. Turns out, even if you feel at one with the mangoes, all trees and blocks look identical. I soon became lost, probably running around in circles. I then reached the edge of a block thinking I could work my way back from there, only to come across a mauled kangaroo. I was convinced I was going to be eaten alive by a dingo. I picked up the pace, made it home, and never ran on the mango farm again. One thing I became very good at was planking. Minimal movement, and could be done in the air conditioned cabin. I was doing 5 minute planks daily by the time we left.

Never alone in the ‘bathroom’

After a day in the Northern territory there was nothing quite like a nice cold shower. Luckily that was the preferred option, because hot showers weren’t on offer. You were never alone in the ‘bathroom’ (a cabin containing a shower and toilet). You could always guarantee to be joined by a frog who would sit and watch. Probably the same one that you accidentally pissed on earlier when you didn’t notice him inside the toilet. I would much rather the frog sat watching me than the huntsman spider who was also a local resident in the shower. The worst thing was getting completely naked, realising he was there and having to slowly retreat. I remember hitting the light switch once on my way in only to discover that I had narrowly missed hitting the huntsman, from then on I always used a torch to check the light switch was clear before touching it.

An activity that I would suggest to anyone who is travelling, would be to write a diary. I was away from home for 10 months, and at the end of each day I wrote in a note book. Basically saying what I’d done that day. Some days I seem to have extremely long entries for a day on the farm, however, until you’re there, you won’t realise quite how easy it is to write a paragraph on the baked potato you ate for supper. It’s such a worthwhile thing to do though, and looking back through it you remember little things that you wouldn’t otherwise.

When it came to the final mark on our Northern Territory count down calendar, we were both beyond excited. We both felt civilisation and people were long overdue. We threw our bags (that had been packed for a good 24 hours) into the Ute and headed towards the city. Though the NT was something that took its toll, and not somewhere I would like to be permanently, it was a part of our trip that I wouldn’t have changed. We met some hilarious people, experienced a part of Aus we probably wouldn’t have if it wasn’t for the mango job, and we went on to travel NZ and the east coast of Aus before heading home. It’s an odd backpacking tradition to dress up a termite mound before you leave the NT, so en route out of there, I donated a shirt to the biggest termite mound we could find on the roadside. I heard, not that long ago, that 2 years later, it’s still there. Not only did the NT leave a huge amount of crazy memories with us, it seems we left a bit of us in the NT.