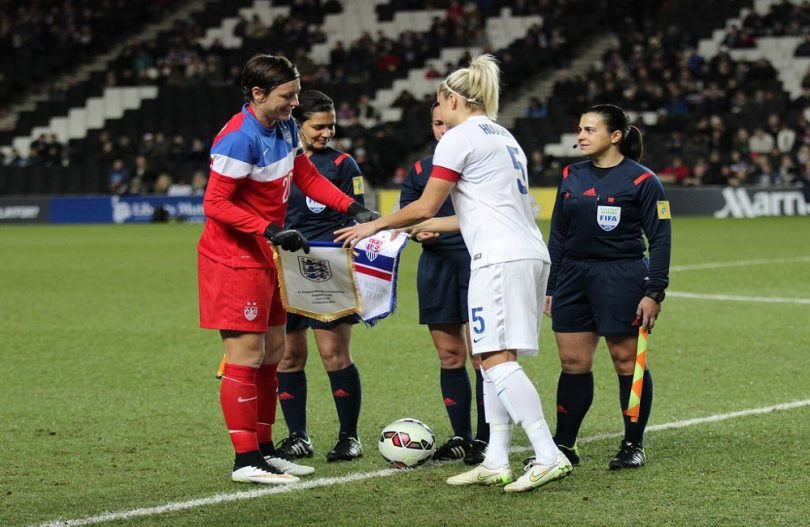 In a game that’s ever-changing and constantly developing, women’s football has gained quite the following. Even celebrities around the globe have come forward in support of the women’s game and a recent match against Austria, so what’s next?

The Women’s England Football Team beat Austria 3-0 in a friendly in the build up to the UEFA Women’s Euro finals on April 10. It was their final home game before Euro 2017 in the Netherlands.

With goals from Ellen White, Lucy Bronze and captain Steph Houghton, it was the team’s second win in seven games in 2017; their first on home soil since a 5-0 victory in September over Estonia – although those fixtures have included meetings with the world's top three sides.

The Lionesses took to Twitter following the match at Milton Keyes to celebrate.

So what’s next for the women’s game?

Now that their run of friendlies before the European tournament are over, it is time to turn their attention to the future. The players will now return to their clubs for the Women's Super League One Spring Series which starts on April 22 and finishes on June 3. It will have coverage across the BBC’s TV, radio and online channels.

The US Soccer Federation and the US Women’s National team’s top female players have ended their long-running dispute over wage discrimination following the prospect of a strike. Female footballers from the US National team have already considered striking over the issue of pay.

The fallout between the world champions’ and the US Soccer Federation has now led to a collective bargaining agreement through to 2021. This includes tournaments such as the 2019 Fifa Women's World Cup and 2020 Olympics. No details of agreement have been released yet, however.

US Soccer president, Sunil Gulati, said: "We believe this is another important step to continue our longstanding efforts to drive the growth of women's soccer in the United States.

"This agreement helps to ensure the strength of the women's national team, provide stability and growth potential for the National Women's Soccer League, and over time strengthen the elite player development process at the grassroots level.

"We believe our continued partnership will ensure a bright future for our sport for years to come."

The four home football associations are also in talks with the UEFA Congress over whether there will be a Team GB women’s football team taking part in the 2020 Tokyo Olympics. English, Welsh, Scottish and Northern Irish representatives held discussions on the topic when they attended the Congress in Helsinki, Finland.

After both men and women’s teams competed in the 2016 games, there are no plans for a return for the men’s team following protests from the Irish, Welsh and Scottish FA’s. It is said that they feared losing their status as independent football nations if Team GB were to continue.

The Lionesses face Scotland in their opening game in Group D on 19 July. It will be the fourth Euros tournament for England’s record 160 cap-holder Fara Williams, along with centurions Alex Scott, Casey Stoney and Karen Carney.

In the 12th edition of the tournament, the women’s team will also face Spain and Portugal in July.

Hopefully the support for women’s football will continue to grow just as it did following the World Cup and its increased coverage.