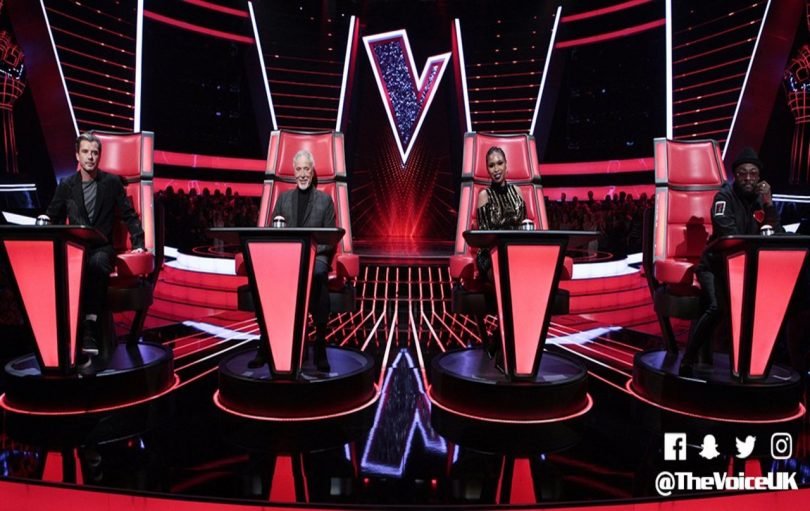 As 2016 begins to draw to a close, broadcasters have begun sharing news of their big new shows arriving onto our screens on their channels in 2017. From the news I've been seeing floating around, there's plenty of them coming too.

So what TV shows can we expect in the year ahead, and where are they all off to?

2017 is the year that The Voice UK heads to ITV with its brand new judging panel, featuring Jennifer Hudson, will.i.am, Gavin Rossdale and Sir Tom Jones. It's also the year that, as the Radio Times reported, the show gets a small twist added to the blind auditions phase; if a judge doesn't press the button to turn for a contestant, they don't get to see the contestant.

ITV is also bringing The Voice Kids to the UK for the first time too, with a judging panel of will.i.am, Pixie Lott and Danny Jones. Emma Willis is set to present both programmes, whilst Cel Spellman will host The V Room, a switch-over show for both programmes which will be made available online through social media and the ITV Hub.

The BBC is bringing a new talent show to our screens in 2017 too. Let It Shine was confirmed back in June to be coming to BBC One on Saturday nights. Set to be presented by Graham Norton and Mel Giedroyc, the show will run over eight weeks and will see Gary Barlow joined each week by three mentors to try and seek out individuals in order to form a new group. The winning group will perform the hits of Take That in a new nationwide musical stage show set to be called The Band.

Mel and Sue will be back on BBC One in 2017 again together presenting a new Saturday night show on BBC One. Let's Sing And Dance for Comic Relief which is back for 2017 and will see celebrities taking on the double challenge of singing and dancing for Comic Relief.

Your old favourites certainly don't seem to be going anywhere either, though. ITV's signed a new deal to keep Britain's Got Talent and The X Factor on the channel through until 2019, plus with Ant and Dec's new three-year exclusive deal with ITV- marking their 20 year anniversary working with the company- it doesn't look like they're going anywhere either.

There's plenty of entertainment shows hitting your screens next year too. The Keith and Paddy Picture Show is a new five-part series coming next year to be presented by Paddy McGuinness and Keith Lemon, where each week the duo will attempt to recreate an iconic movie with a celebrity cast. We don't know specific details, but we do know that it's coming to primetime on ITV in Spring.

In fact, ITV has several brand new entertainment shows arriving next year. Ashley Banjo and Diversity are set to host a one off primetime special for the network called Diversity Steal The Show, plus Alesha Dixon and Will Best will host new primetime dance show Dance Dance Dance, which will see celebrities and dance partners re-enact famous dance sequences.

Plus, ITV will also be bringing a new 10pm show onto our screens in 2017, called The Nightly Show. Set to run for five nights a week for eight weeks, it will feature a different host every week. David Walliams will host the show for the first week, and it will be pre-recorded 'as-live' at a London studio each day. It's set to feature, according to ITV, "a high tempo mixture of topical monologue, studio games, celebrity guests, experts and VT’s."

And whilst ITV are bringing lots of new shows to our screens next year, they're certainly not the only ones.

BBC One will be bringing Michael McIntyre's Big Show back to our screens for a third series to air on Saturday nights, which has proven popular for the channel; the first episode of series 2 of the Big Show aired with an average of 6.2 million viewers.

Robot Wars is heading back to BBC Two for a second series following its reboot this year, and Matt LeBlanc will take the wheel at the new series of Top Gear in 2017, also to air on BBC Two.

As well as all of that, Channel 4's The Jump is coming back for a fourth series, and at the time of writing there have been three celebrities have been announced as taking part; Made In Chelsea's Spencer Matthews, Welsh Rugby International player Gareth Thomas and England rugby captain Jason Robison OBE. The series will again film in Austria and will be presented by Davina McCall.

Speaking of Channel 4, we all know by now that The Great British Bake Off will be moving to the station in 2017. What's happening to Britain's most popular television programme?

The first Bake Off programming planned to air on Channel 4 will be a celebrity special in aid of Stand Up To Cancer in 2017. The award-winning programme, which is produced by Love Productions, has been signed to a three-year agreement with the channel.

However, BBC Two has commissioned a brand new programme, under the working title of The Big Family Cooking Challenge, which the BBC says will 'pit inter-generational teams of home cooks against each other in a brand new format celebrating ordinary dishes made extraordinary.' It's already in pre-production, and it's set to air in Summer 2017 on a 12 episode run of 60 minutes each.

So that's some of what there is to look forward to on your TV in 2017! Plenty of new stuff, but also old favourites too.

What programmes are you looking forward to in 2017? Have we missed any? Leave them in the comments!