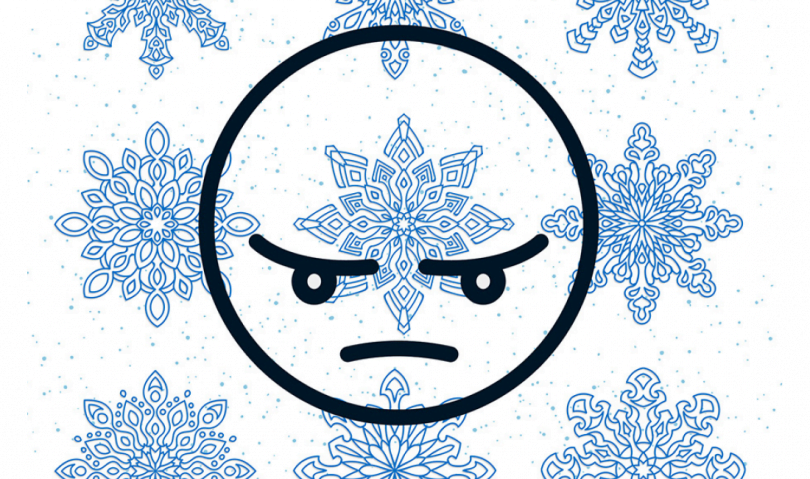 The wintry season is upon us, so it’s the perfect time to discuss the ever-intriguing term that baby boomers have blessed us millennials with – “snowflakes”.

So what is a snowflake?

What exactly is a snowflake? “Snowflake” refers to someone who is easily offended, hateful towards opposing opinions, over-emotional, and entitled. This term is therefore used against people – most likely liberal and a millennial – who bring up social justice issues in mainstream media, and often find any moderately right-wing mindset utterly intolerable. According to Merriam-Webster, “snowflake” was originally used in 1860s America to describe people who were against the abolition of slavery. Oh, the irony.

The British press is very fond of taking it upon themselves to push all blame onto the younger generations; a trend that began at the dawn of time. However, some liberal millennials are not concentrating on the right side of left-wing politics (pun intended) when it comes to having their voices heard on social justice issues. The flaws in the pervasive black and white-ism often seen in a “snowflake’s” verbal and virtual militant liberal agenda need to be addressed.

For a group of people who promote safe spaces and inclusivity, they don’t tend to include this world of oxymorons. Gay Tories exist. Feminists who enjoy reading Hemingway exist. Vegans wanting to lower their carbon footprint, yet eat unseasonal fruit and vegetables exist. Another one is so-called “snowflakes” watching The Inbetweeners, but still somehow having a massive social justice issue with Friends. The liberal agenda is all about refusing to pander to stereotypes, yet its rigid set of rules is still enforcing just that.

Just before I started university in 2016, like many others I was added to my Freshers’ course group chat. I remember one boy being kicked out because he suggested that the alleged rape scene in Thomas Hardy’s Tess of the D’Urbervilles might not have been considered rape according to Margaret Oliphant, a Victorian literary critic. His supposedly harmless comment was viewed as misogynistic by some of my peers. I wasn’t concerned about his statement; I was more worried about the future of studying English Literature at university, a degree and an establishment specifically designed to welcome and discuss all perspectives about a wide range of topics. As a liberal millennial, it has always been clear to me that a slightly more right-wing opinion isn’t a threat to democracy. It is not belittling my freedom of speech.

In an attempt to create a safe space for their students, the Universities of Bristol and Manchester have banned the sale of many newspapers and magazines, including Charlie Hebdo, whose editors were murdered by Islamist extremists in 2015, for fear of spreading hate speech and upsetting students. As a German student, this sudden left-wing inspired censorship reminds me of the extreme suppression during both the Soviet Union and the Third Reich. It seems to me that this world keeps unquestionably swinging from one totalitarian belief system to the other, resorting to pointing fingers and name-calling instead of an intellectual debate. It is harrowing to see establishments created to preserve freedom of academic research sinking to such measures.

In November 2018, Emily Dawes, the President of the University of Southampton’s SU was forced to resign after her thoughtless comments on painting over the university’s First World War mural as it only represented white males. The mural commemorates the soldiers who were alumni of the university and killed in action. To assume such an artefact so specific to Southampton’s history is racist, because of its lack of representation of ethnic minorities, is an uproar with no substantive logic. Such an uproar is unclear and regressive, as it doesn’t account the context of the events. Research should always preclude opinion.

In my book, Kevin Hart is a snowflake, because of his problems with potentially raising a gay son. Piers Morgan questioning Daniel Craig’s masculinity after being photographed carrying his daughter in a baby carrier is proof that Morgan is a snowflake. Australian senator, Jacqui Lambie’s remarks in a debate against Muslim youth leader Yassmin Abdel-Magied shed light on her snowflake tendencies. Snowflakes are thriving everywhere and watching the world burn. By world, I of course mean Internet forums and social media.

So, are these little battles really helping us fight the bigger picture, or are they actually more of a distraction? Are the people complaining about Kleenex’s anti-feminist branding, the same ones campaigning for the tampon tax to be abolished? These issues aren’t any less relevant or important, but they aren’t priorities in this political climate. Whilst we’re using our voices to attack the small things, the extreme right-wing parties are taking gleeful advantage of this disinterest in much more serious problems and using the same old fearmongering tactics to win over majorities. And we are still confused about why society hasn’t moved on. Snowflakes aren’t restricted to one generation and one mindset. This world is full of them, no matter how thick your winter coat is.