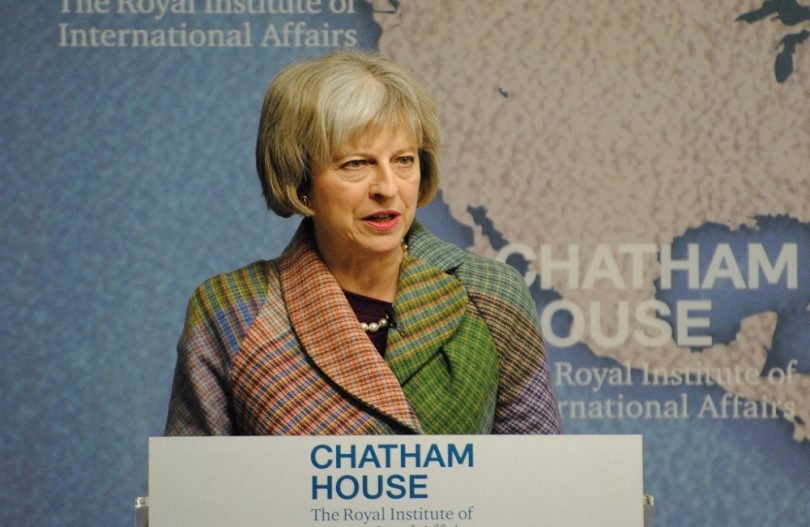 On the 18th of May, Theresa May stood in front of a blue background with not one, but three slogans to announce her parties manifesto, which will build “a stronger Britain” with “a prosperous future” so that we can move “forward together.”

Here are the key points from the Tories' manifesto.

NHS spending will increase by a minimum of £8bn over the next five years, with the aim of recovering costs of medical treatments from non-UK residents. Plans will also be put in place to ensure 140,000 NHS and social care workers from the EU will be able to continue to work in the UK.

They’ll also introduce a controversial ‘death tax’, meaning individuals with over £100,000 in assets will pay for their own elderly care through a ‘receive now pay later’ style of care. Meaning widows will be forced to pay the cost of their partners care as soon as the pass, possibly leaving them with nothing.

Free lunches will be scrapped and replaced with free school breakfasts for students in every year of primary school. Also, schools with an Ofsted rating of ‘inadequate’ or ‘requires improvement’ won’t be able to offer places to new students.

At least 100 new free schools will be built every year and selective schools will be banned. They’ll build and run these schools by increasing the budget by £4bn by 2022 and redirect £1bn of national funding formula to help schools.

Former Chancellor George Osborne’s pledge not to increase NI or Income Tax will be ditched, alongside the original deadline of setting public finances straight, which has been pushed to 2025, ten years later than planned. The National Living Wage will increase to 60 per cent of median earnings by 2020.

Energy tariff caps will be extended to protect prices for vulnerable customers, but they will still maintain a competitive element for the retail energy market. By 2025, they plan to reduce carbon and take action against poor air quality.

Immigration levels will be reduced to a “sustainable” state, by net migration only being in the tens. Asylum claims will be reduced but still offered to those in parts of the world affected by conflict and oppression.

By 2020, personal allowance will increase to £12,500 with the higher rate to £50,000. The pension triple lock will also end in 2020 and change to a new double lock system. Corporation tax will also be cut to 17 per cent by the same time. There will be no increases to VAT.

£178bn will be invested into renewing Trident and its new military equipment. Nato targets will continue to be met with at least 2 per cent of GDP being spent on defence.