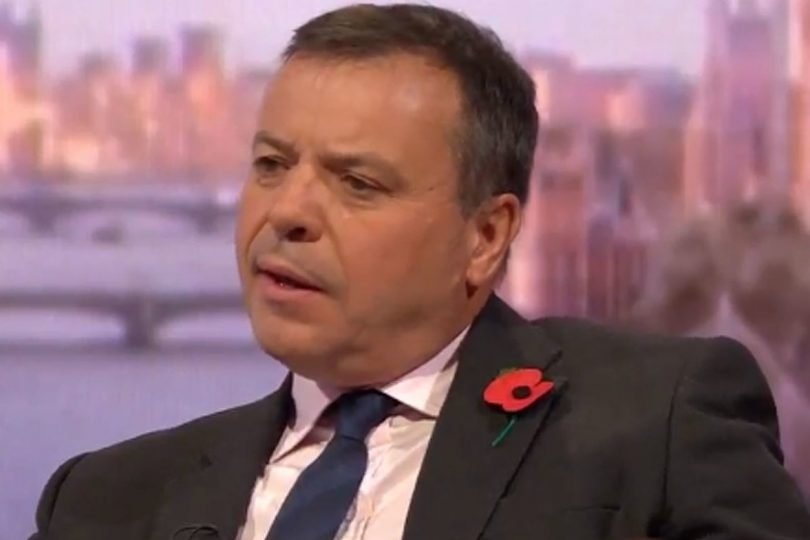 Much has been made of the BBC inviting Arron Banks onto the Andrew Marr show on Sunday, given that just two days earlier he had been referred to the National Crime Agency over problems with his funding of the pro-Brexit campaign group Leave.EU. Prominent Remain figures, and now People’s Vote campaigners, led by Lord Andrew Adonis, called for the BBC to withdraw their invitation to Banks, leading to lots of talk of boycotting the BBC from Remainers on Twitter. Although the BBC was, in my opinion, absolutely right to have Banks on their show.

Firstly, as I understand it from a legal perspective, Banks had not been charged, as instead his case was merely referred to the NCA for investigation. This means that the alleged crimes are not under judicial process and so the BBC is free to talk about them. Secondly, the BBC should not be responsible for shutting down debate at the behest of one side.

In his letter to BBC Director-General Lord Hall, Andrew Adonis described Arron Banks as representing ‘an extreme element of a referendum campaign’. By this Adonis means to refer to Leave.EU, which claimed at points to have the support of 270,000 people, while UKIP, who Banks supported and backed financially, had at its height nearly 4 million people voting for it in a general election. Whatever you may think about UKIP then and now, both UKIP and Leave.EU were largely single-issue entities, and that issue was one which over 17 million people backed in a referendum. I don’t wish to defend many of the ways in which they got there, but to describe them as extreme elements is somewhat hyperbolic. At the time of writing around a million people have signed a petition for a second referendum, a position which I myself am beginning to agree with, but this does not make them an ‘extreme element of a referendum campaign which concluded more than two years ago’, even though people like Adonis are as ‘extreme’ Remainers as there are.

In another tweet, Adonis compared Banks to Harvey Weinstein, a rather fanciful comparison, arguing that Weinstein is no longer given a platform to defend himself and so why should Banks? The two cases are obviously very different, but it also worth remembering that Banks was similarly pilloried for his alleged links with Cambridge Analytica, which a report from the Information Commissioner this week admitted there was nothing in. This case seems to be potentially more serious, but the presumption of innocence should still remain, no matter how fervently you disagree with someone’s politics.

We should never be afraid to listen to the views of those we disagree with, because to do otherwise is to fuel their fire. Look at how Banks’ UKIP movement engorged itself on the idea that it was being ignored by the media, much as Trump does in America. Incidentally the interview itself was not one which Banks came out of particularly well for those who with any background understanding of the case – Banks repeatedly claims that the funds were generated by a corporation which has been described as a shell corporation, and so we are still no clearer to learning where the funds really came from than before. Those who expected Banks to confess dramatically or be caught in an obvious lie on live television were fooling themselves, but Banks’ defensiveness makes it ever clearer he has a case to answer.