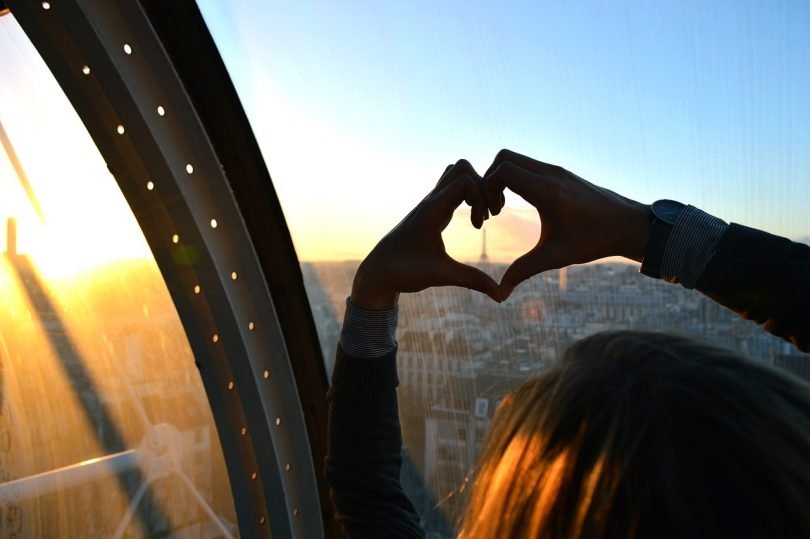 Bilingual was the goal I imagined in primary school when I began learning French. A bit early, I know, but ever since, I’ve steered my education entirely towards a Study Year Abroad en France.

My relationships also revolved around these ‘third year’ plans with no one long-term interested in long-distance. Ironic. As I discovered in January, a Results Day dumping is particularly crushing… mainly because your housemates focus on his terrible timing rather than more pertinent details like why I was devastated over a grown man who slept on a sofa bed in lieu of buying the real deal. After one too many a sympathetic offer of tea, and with all the promise of spring, I decided to venture out into the world of casual dating.

Of course, in our electronic times the obvious choice was online. Tinder and Bumble took up valuable gigabytes of space on my phone; still I hoped they would earn their keep in the form of mildly entertaining conversation. This was true, for the most part. The UK experience gave me spring flings and summer romances. Ensuite, la France!

I arrived in the Alps late August and scouted for new foreign talent. French, Spanish, German, Italian, etcetera all up for the swiping. The only problem: la communication. Suddenly everything remotely funny was mdr (mort de rire), coucou became a common replacement for Heyhey! and the tectonic plates of the dating world shifted beneath my feet. Conveying traditional English sarcasme was nigh on impossible and French men seemed to want a mariage or a lady of the nuit with not much understanding of what lay, or didn’t, in between.

Unfortunately, French dating vocabulary is not the whisk-you-off-your-petit-feet-first-classticket-to-Paris one would imagine. I have been asked to prendre un verre on multiple occasions which literally translates to taking a drink… from where? Who knows. Whichever bar has the coolest pint glasses, I guess. And don’t get me started on «Que fais-tu sur Tinder?» because asking someone why they’re on a dating app is boring in any language. Perhaps most off-putting to me is that a date is called a rendez-vous, which sounds mysterious and alluring until you realise that in France, it’s also the term used for a medical appointment. I will continue to keep an eye out for the lesser-spotted «Voulez-vous coucher avec moi ce soir?».

Sensing an issue with my colloquialisms and subject-specific phrases I decided to tag on «Parlez-vous anglais?» to the end of my bio. In flooded the over confident messages from non-native speakers all willing to prove they knew zee English. One German, having incorrectly assumed I was a Frenchie and part way through the conversation we were having in my mother tongue, extended an offer of language tuition if I would improve his français in return. I like to think my English isn’t stilted, but after a couple of months immersed in another country maybe he was right… We later met for a coffee and I ordered for the both of us. It turned out his French did need serious coaching. The date ended and as the ultimate unnecessary ego stroking, my English was deemed parfait, bien sûr.

As far as faux pas are concerned, I myself made a rather large linguistic one. As a Francophile but not yet a Francophone I was keen to request that any grammatical mistakes to be set straight. The first few weeks I continually asked to be corrigé whenever I made errors. Then, a wonderful French man swiped right into my naïve dating life. He discretely let me know that the verb corriger is crudely synonymous with “to punish or scold” when dropped into flirty exchanges.

So, I had unknowingly sent out euphémismes to all my matches. This was indeed worthy of death by laughing, mdr.

All things considerées, I have learnt that sometimes, in the quest to become bilingual, it’s better not to be corrected. Especially on dating apps.