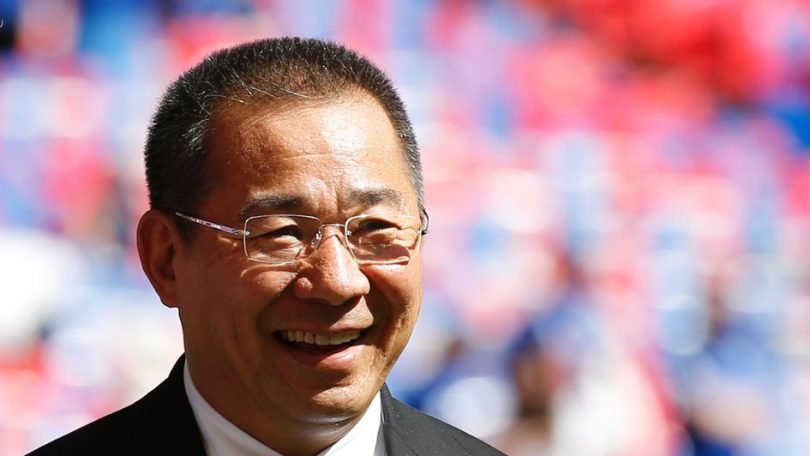 The past few days have been filled with loss and mourning in football after the death of Vichai Srivaddhanaprabha, the owner of Leicester City.

Kaveporn Punpare, Roza Lechowicz, Nusara Suknamai, pilot Eric Swaffer and his partner Izabela also died in the crash as the helicopter spiralled out of control.

Football fans around the world mourn the loss of the man who invested millions into Leicester City, made the fans dream the impossible and then went on to lead the club to astonishingly win the Premier League in 2016.

Air investigator talks through what is happening in footage of the Leicester City owner's helicopter moments before the crash.

Who was Vichai Srivaddhanaprabha

Mr Vichai’s was born in Thailand and founded the duty-free business King Power in 1989 which now has branches across the country.

Worth an estimated £2.9 billion ($3.8bn) he was the fifth richest man in Thailand and amongst the top 500 richest people in the world. He bought then-Championship side Leicester City for £39 million in 2010.

Before his takeover, Leicester city where prompted back to the Championship after a number of poor season. Yet, after four years after buying the club, Mr Vichai saw the club return back into the Premier League.

His time at for Leicester City:
Mr Vichai did the impossible and made Leicester’s dream come true.

In their first season back into the Premier League, the Foxes just about avoided relegation and eventually finished 14th.

The club then began their 2015-2016 campaign with odds to 5,000-1 to win the League, but under Italian manager Claudio Ranieri backed by Vichai Srivaddhanaprabha the Foxes came finished at the top of the Premier League.

Vichai Srivaddhanaprabha – The man who has done so much for Leicester and made dreams a reality ❤️?

The self-made billionaire was also a popular figure in Leicester. He donated millions to local causes including £2m towards a children hospital and another million on the city’s university medical department.

Claudio Ranieri has visited the King Power Stadium to pay his respects to those who died in the helicopter crash and to lay a wreath for Vichai Srivaddhanaprabha, with whom he helped Leicester City do the seemingly impossible ??#LCFC pic.twitter.com/l14KDs69E2

The funeral for the Leicester City owner will begin in Thailand on Saturday evening and will begin with a Buddhist bathing ritual.