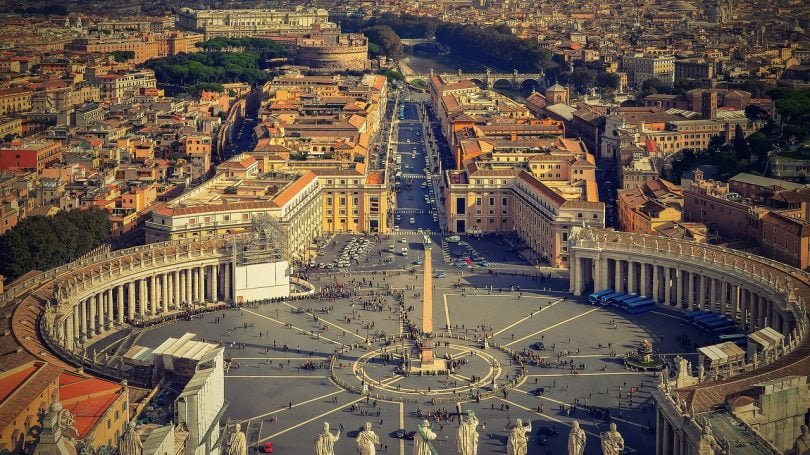 A priest who came out as gay yesterday has since been fired by the Vatican.

Giving two interviews, one to an Italian newspaper and the other to a Polish news programme, Father Krzystof Charamsa came out as gay yesterday and revealed that he is currently in a relationship with a spanish man.

Speaking to the Italian newspaper Corriere Della Sera, he said:

‘I want the Church and my community to know who I am – a homosexual priest, happy and proud of his own identity.

I am ready to pay the consequences of this but the moment has come for the Church to open its eyes to gay believers and to understand that the solution which it offers to gays, namely total abstinence from a love life, is simply inhuman.’

Father Krzystof Charamsa’s self revealment as a gay man came on the eve of a Synod, this particular important `meeting of the world’s Bishops planned to talk about outreach to LGBT people as well as family issues.

Acknowledging the timing of his coming out,  Father Krzystof Charamsa says:

‘I would like to tell the Synod that homosexual love is a family love and one that needs the family. Every person, including gays, lesbians, trans desire love and a sense of family.’

In his interviews he discusses his homosexuality and calls on the Catholic Church for greater LGBT acceptance. He highlights specific changes he feels should be made in relation to the Church’s doctrines and attitudes, he has also relaeased his own 10 point manifesto. His manifesto lays out his demands to the Catholic Church, it covers things such as combatting anti-LGBT discrimination  and fighting prejudice.

In a video released by the Polish LGBT activist group Artykuł osiemnasty,  Father Krzystof Charamsa expresses his impassioned anger over the treatment of LGBT people.

‘My name is Krzysztof Charamsa. Monsignor Krzysztof Charamsa. I am a member of the Congregation for the Doctrine of the Faith…the second secretary of the International Theological Commission. I’m a theologian, philosopher; I lecture  in bioethics at the Pontifical Gregorian University… I am gay … I love our country, our fatherland, I am a patriot… when in parliament, in my fatherland, someone can  put down a homosexual person with impunity, with impunity! And his microphone is not turned off!

If someone can travel around, as does Fr. [Dariusz] Oko my country  with his theater of the absurd, demagoguery, ideologies, and do so with impunity!

When someone becomes the president of this country, and can be allowed with impunity to make insinuations about improper attire of my social group, and the next day not apologize for his words; with impunity!

When the former president for five years, didn’t meet with homosexual families, not even for half an hour, to look them in the eye. With impunity ignore then! Those for whom they were established to serve.

‘The decision to make such a pointed statement on the eve of the opening of the synod appears very serious and irresponsible, since it aims to subject the synod assembly to undue media pressure’

The Catholic Church teaches that homosexuality is not a sin but that homosexual acts are. However, the Vatican strongly denies the suggestion that Father Krzystof Charamsa was dismissed because of his homsexuality.