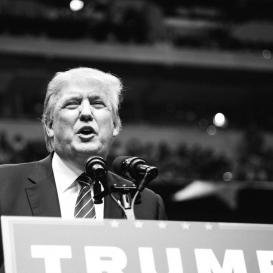 I’m not going to add to the barrage of Donald Trump racism related articles, because everyone is sick of hearing about his beliefs, and the incoherent mess that comes out his mouth is shunned by plenty of people already.

What initially worried me about his campaign was how little he understands about some basic scientific facts, which even David Cameron can seem to get his head around. But it’s not just him. The whole Republican party seems to be completely backwards when it comes to science.

My interest in American politics was only piqued once I watched this video a few months ago, and since then I’ve been both saddened and horrified by the Republican Party. Watch it now, bearing in mind that Ben Carson is a doctor.

What struck me about this video was the sheer benightedness of it all. I’m familiar with vaccine conspiracy theorists and their tendency to throw their bullshit around, but to hear budding presidential candidates turn their hand to it was truly shocking.

First of all, Trump refers to autism as an ‘epidemic’. There is so much wrong with what he says, but I’ll start there. An epidemic is the rapid spread of an infectious disease in a short period of time, measured in weeks or less.

Autism is not an infectious disease. If you touch an autistic person, you will not catch it. In simple terms, more people are diagnosed with autism now than they used to be because there is a better understanding of the condition and doctors are better at recognising it.

This is right at the beginning before he spouts off on further nonsense that he has conjured from thin air (something that he has become pretty good at) which shows that he knows absolutely nothing about autism, science or probably the world more than a couple of feet in front of his puffy, lobotomised blonde head.

Those who should know better

In a way I can forgive his ignorance, because he’s a rich businessman who just likes the sound of his own voice. What I can’t forgive is the fact that he is able to be given a platform to profit from lies when there is already so much ignorance in America about vaccinations. By getting into a place of supposed authority, he is adding fuel to the fire for anti-vaccine campaigners under the illusion that he knows what he is talking about.

Another thing I can’t forgive, and let this sink in again: Ben Carson is a doctor. He went to medical school and received a certificate that tells him that he can treat ill people for real. Now he doesn’t actually say that vaccines cause autism, but he doesn’t exactly not say it either.

I still can’t believe that Donald Trump said a vaccination gave a child autism and not one person on that stage called him out on it.

Carson refers to the paper Andrew Wakefield published in 1998 in The Lancet, which apparently showed a link between the MMR vaccine and autism. It was retracted for being a load of nonsense. It had no control group, no statistically valid conclusions, and relied on people’s memories as results, which are three massive no-nos to anyone that knows anything about scientific research. The data was skewed and cherry-picked to conjure up connections that weren’t there. Of course, the paper has been widely discarded by the scientific community.

Nevertheless, the damage was done, and 1 in 4 Americans still believe that vaccines cause autism in healthy children. Instead of admitting their own ignorance, or indeed reading the evidence around the subjects, Republican candidates prey on the minds of these people and boost their agendas by stating lies about vaccines that they know the badly informed parents will agree with.

Carson is asked whether Trump should stop spreading propaganda about vaccines causing autism. Instead of answering the question like any self-respecting doctor should, Carson says: “It has not been adequately revealed to the public what is actually going on.”

Overall there are over a hundred peer-reviewed and respected studies that reveal no link between vaccinations and developing autism. Here is just one of the more comprehensive of them.

Healthy young child goes to doctor, gets pumped with massive shot of many vaccines, doesn’t feel good and changes – AUTISM. Many such cases!

Trump’s paradoxical and cyclical way of proving his own opinion works by spouting what he believes and backing it up with yet more of his own ideas, implying that they are fact, and thus making what he said in the first place a fact. This is a trick he uses in all of his speeches, from attacking Muslims to Mexicans to women. I’d be surprised if the man has ever picked up a damn book.

Unfortunately though, it works, as many American people are scared of vaccines (and Muslims apparently) and are happy to hear someone in an authoritative position saying that they were right. Trump preys on their ignorant minds and reassures them that they were right to be cynical, and their babies are much better off without Bag Pharma injecting them with its evil poison.

I could go on about this for a long time, but I’ll just make a few important points. There are no toxic chemicals in vaccines. One did contain mercury once upon a time, as does the seasonal flu jab, but it is no longer used as standard, so don’t let anyone tell you that children are being injected with anything harmful.

Some people have the chance of having an allergic reaction to them, but the chances are incredibly small. If it does happen, the doctor, nurse or pharmacist giving the jab is prepared with medicine to stop the reaction.

Again from Carson: “it is true that we are probably giving way too many in too short a period of time.”

There is absolutely zero chance of a baby’s immune system being overridden with too many vaccines. None. Babies have awesome immune systems, which are even better when they’re breast fed. They are up against viruses and bacteria daily and they manage to fight them off just fine. They can’t fight of diphtheria, mumps, rubella or polio though.

If vaccines are spread out, like Trump seems to think would be best, you’re actually increasing the chance of your kid getting sick because you’re delaying their protection. Also, if there is a long time between boosters, a lot of parents don’t even bring their children back either because they forget or feel like it’s no longer necessary.

Thanks to vaccinations, smallpox was eradicated. Polio came close, but there have been instances of it cropping up in countries recently because it isn’t being vaccinated against. Whooping cough was at an all time low in the 1980s at 2900 cases around 10 years after the vaccine was introduced. Since Wakefield’s paper though, this rose to 26,000 in 2004 and 50,000 in 2012. Go figure.

If you’re at all confused, watch this.

If the Republican party get into office, God help America. Seriously, I pity the country if they vote in someone with less scientific understanding than our own government in the UK. Not only will vaccination policy be at risk, so will stem cell research, women’s rights to their own bodies and the climate change agreement. Their ignorance knows no bounds and the scariest thing is that supporters and leaders alike do not understand the harm they could do.

What do you think? Let us know in the comments below.