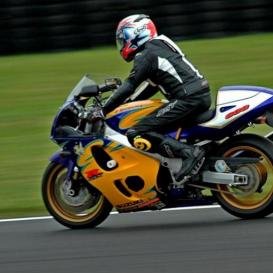 Whether in a car or on a bike, track days are enormous fun - but not without their risks. Here are Kettle's top 10 tips for anyone planning their first track day. Leave your ego at home It is important to remember that you are not a racer and no one is expecting you to...
Riters Rides: Suzuki GSX-R600 SRAD
The day began with a brisk jaunt up the A46 from Lincoln to Newark, Nottinghamshire, and back again (roughly 40 miles). Though primarily done to charge the battery, this gave me the perfect opportunity to reflect on the bike’s ability to cover long distances at motorway speeds. Suzuki GSX-R600 SRAD Having altered the gearing for...