Twitter reacts to Sadiq Khan’s London victory
London has changed hands from the eccentric Tory Boris Johnson to the moderate Labour MP Sadiq Khan. He has made history by being the first London Mayor of the Islamic faith. In a race frought with dirty tactics and subtle racism, Khan has emerged victorious with a majority evident by 7pm last night. But what...
Review: Doctor Who, Hell Bent 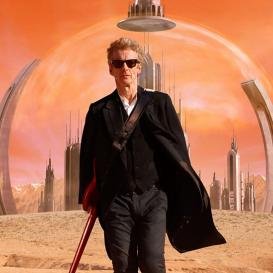 The scene opens in Nevada, USA. The Doctor has his guitar and his sunglasses. He’s so cool. He walks into an abandoned diner. And Clara is there?! Oh no, wait. It’s another incarnation of Clara, who moved to the USA and is now a waitress in Nevada. Makes sense. I love this framing narrative, as...
Review: Doctor Who, Heaven Sent 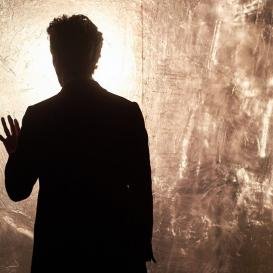 Well, I’m going to come out and say it. Doctor Who has returned stunningly and totally for this series. Heaven Sent is an instant classic. We’re going to forget that Sleep No More exists, and declare this series to be the best since Matt Smith’s debut. The format of this show was flawless. Peter Capaldi’s 55 minute long...
Review: Doctor Who, Face the Raven.
MAJOR SPOILER WARNING. After last week’s semi-atrocious episode, I was pleasantly relieved to see a return to form this week. We are randomly reunited with that guy from ‘Flatline’. Graffiti artist Rigsy is cute and I like him. He has a tattoo on his neck, counting down the minutes until he dies. The Doctor and...
Review: Doctor Who, Sleep No More
Judging by the title, this episode didn’t seem like the best one to watch on iPlayer at midnight, in my bed, all alone. Of course, that’s what I did. We are told by a new narrator as the episode commences ‘Do not watch this’. Oh, what a tease.   Yet another inconsequential #DoctorWho episode. When...
Review: Doctor Who, The Zygon Inversion.
The episode opens with Clara/Bonnie/Clara? Waking up from a dream....except she’s still in a dream...except she’s not, she’s in Zygon hibernation. Clara still has some limited control over her body, which means that the cliffhanger at the end of the last episode- the doctor and Osgood about to get blown up on a plane- is...
Review: Doctor Who, The Zygon Invasion.
This episode sees a more political Doctor Who, involving 20 million displaced Zygons hatched at the end of the 50th anniversary episode. UNIT has apparently been integrating these young aliens into human life. Most Zygons, it seems, want to live peacefully. I can’t help but wonder why this vast storyline wasn’t mentioned in the episodes...
Review: Doctor Who, The Woman Who Lived.
The second part of Ashildr’s swashbuckling tale explores the price of immortality.  The Woman Who Lived opens with a masked Ashildr, who we last saw having just gained immortality, robbing a carriage with the aid of a creepy pair of eyes glowing in the dark. There’s a few questions raised in the first 90 seconds of this...
Review: Doctor Who, The Girl Who Died
This episode had me so riled. Mainly because of Maisie Williams. She did not disappoint. Most of the episode did, and I’m especially annoyed because the standard of Doctor Who has been so high throughout this series. The girl who died began with the sonic sunglasses being snapped in half. Fans are delighted. YES! The...
Review: Doctor Who, Before the Flood.
This was perhaps my most eagerly anticipated episode of Doctor Who since Deep Breath. However, the description was perplexing. On a remote army outpost, a fearsome alien warlord called the Fisher King sets in motion a twisted plan to ensure his own survival. Seriously, they couldn’t think of a better name for the twisted alien behind...
Review: Doctor Who, Under The Lake.

First of all, apologies for the late review, I’ve been moving into halls and university has hit me with full force! I didn’t even get to watch the latest instalment until Monday morning. But it was worth the wait. I LOVED that episode. It genuinely was the best of Capaldi’s era thus far. I'd say...
Review: Doctor Who, The Witch’s familiar

Spoiler alert! If you haven't yet watched the second episode of series nine, do not read on. The second installment to the opening of series nine of Doctor Who didn’t quite match up to the first, but still packed a powerful punch.   The plot was slower, and Peter Capaldi and Michelle Gomez carried the...
Review: Doctor Who, The Magician’s Apprentice
SPOILER ALERT - If you haven't yet watched the opening episode of the new series of Doctor Who, stop reading now. My love for Doctor Who has raged pure and strong over the years, and as such, when the writing got bad, I always remained hopeful. Last night, my loyalty was rewarded with the premiere...
Doctor Who Series 9 – what you can expect
After a season finale which thrilled some viewers and disappointed others, the Doctor Who fandom have been waiting what seems like an age for season nine. Finally, it's coming to our screens on 19th September. Just one more sleep to go for every nerds Christmas! #DrWho — Darren Marples (@darrenmarples69) September 18, 2015 So, what’s...
KettleMag speaks to Holli Dempsey
When she left school at 18 with dreams of becoming an actress, Holli couldn’t afford the £30 fee to audition for drama school. Now, in addition to roles on Derek, and ITV's Breathless, she’s finished shooting the feature-length remake of Dad’s Army, alongside the likes of Alison Steadman, Bill Nighy and Michael Gambon! I just...
Downton Abbey’s Catherine Steadman speaks to Kettle

Catherine Steadman is a young, talented and highly accomplished British actress. You probably know her best as Mabel Lane Fox, Lady Mary's rival love interest in the last series of Downton Abbey. With credits such as The Tudors and Fresh Meat under her belt, as well as Downton, she’s now starring in the RSC’s new play...
Lady Sings The Blues by Rebecca Ferguson: Review

Rebecca Ferguson came into the public eye as the runner-up of 2010's X Factor, where she won the hearts of the public as a down-to-earth young woman with soft jazzy vocals and a sweet but dignified demeanour. Since her X Factor days, Ferguson has achieved what many of her fellow X Factor alumni would do well...
On World Radio Day, what is the future for radio?
Happy World Radio Day! Today is being marked by UNESCO as a celebration of radio, the world’s furthest-reaching method of broadcasting information. In an age where the internet seems universal, it’s easy to forget that radio is not only the oldest, but most accessible form of broadcasted media. Even in developing countries, over 75 per...
5 Reasons Nicki Minaj is a Fantastic Role Model

Given that I’m a wimpy white British girl, Nicki Minaj is probably the last person you’d expect me to adopt as a role model. And yeah, she’s not perfect. No one is. And her music? You can love it or hate it. But in the 21st century – where female empowerment has come far but...
Should I take a gap year?

To Gap Year, or not to Gap Year? That is the question... here are some pros and cons of taking a year's break from education. Con #1 Delaying your education If you’re taking a year out before college or uni, you will most likely experience a slowing down of the ol’ academic side of the...
How to sleep at night.

Trouble sleeping can be brought on by any number of things. Stress, over-eating, overdoing it on the caffeine, not getting enough exercise. In short, student life. Disclaimer: Insomnia is a real medical condition that affects a lot of people in very serious ways. This article is not a substitute for medical advice and is taken from personal experience....