Why we need the theatre
When you picture a trip to the theatre, what do you see? London’s West End extravaganzas? Smartly dressed folk with those tiny binoculars? Expensive tickets? Most towns and cities have some sort of theatre space, putting on productions large and small, made up of professional actors and am-dram societies alike, and in a world fast...
A love letter to Bohemian Rhapsody
What do you get when you combine a stubborn songwriter, a rebellious DJ and five Galileos? The answer is a song which, 40 years after its release, remains one of the most recognisable and universally acclaimed songs ever produced. Of course, I’m talking about Queen’s 'Bohemian Rhapsody', which this month celebrates its 40th birthday. Five minutes and...
The Kardashians and Me

Hi. My name is Becky and I have a secret… If I tell you, you have to keep it to yourself. Promise? Pinky swear? Ok. Here goes. I can’t get enough of the Kardashians. I consider myself to be an intelligent, cultured woman with a passion for literature. I rarely wear make up, I’m terrified...
Girls Love Shopping? The Problem With Gender Stereotypes
While I was binge-watching a show on Channel 4’s catch-up service, 4oD, an ad break arrived and I was suddenly stunned into speechlessness. This does not happen very often. After a few seconds of staring slack-jawed in disbelief at the screen, my mute state gave way to stuttering outrage. The cause? An advert for a well-known...
A guide to long-distance relationships

According to dating website Parship, 12 per cent of UK couples are in long distance relationships. With more and more couples meeting online, and the increasing ease with which they can keep in touch with their loved one, it’s hardly surprising that more than one in ten people commit to long distance love. If you’ve...
Book review; The World of Ice and Fire: Westeros and beyond 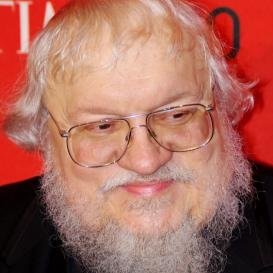 It’s been three years since the release of the last instalment of A Song of Ice and Fire. The next book in the series, The Winds of Winter is the source of anticipation for many fans of George RR Martin’s epic series, upon which the hugely successful TV series Game of Thrones is based. So,...
Why You Should Go See The Ugly Sisters
It’s that time of year again: When grown men bedeck themselves in brightly coloured outrageous frocks and wigs, young ladies don breeches and over-the-knee boots, and women accessorise their pink frilly dresses with fairy wings and a magic wand. That’s right, boys and girls - IT’S PANTOMIME SEASON! *Cue chorus from the audience of ‘OH...
More Pressure for the Blades
As the controversy around the return of Ched Evans to the training ground at Sheffield United rumbles on, musician and staunchly Sheffield lad Paul Heaton has become the latest patron of the club to resign. He stated “I firmly believe that Ched Evans has the right to rebuild his career in football but (this) should not...
Rock Royalty show how its done live
It’s the holy grail of going to gigs- a live show that as well as having you singing along at the top of your lungs, has the ability to make each and every member of the audience feel like they’re the only one there. Not just your favourite songs but showmanship to go with it....
Workplace Mental Health Discrimination
With World Mental Health day (Saturday 10th October) taking place last month, and the current Time to Talk campaign from mental health charity Time to Change, the psychological well-being of the country has never been so widely discussed. Even TV juggernaut X-Factor got inadvertently involved last week, with judge Cheryl Fernandez-Versini being slammed in the media...