Iran returns US navy soldiers to freedom
The US Navy soldiers on vessels captured in Iranian water have been released according to Iranian media. The AP reports that both the US and Iran have confirmed the release of the 10 sailors who had been intercepted by the Iranian Revolutionary Guard Corps and taken to Farsi Island, where they were kept and interrogated....
Arrests in Austria: terror suspects amongst refugees
Austrian authorities have arrested two possible ISIS terrorists with connections to the Paris attacks. Last weekend two suspects arrived in a refugee camp in Salzburg from the Middle East and were arrested, a spokesperson for the prosecutor’s office declared to the APA. They currently remain in custody. Both Frenchmen, of Algerian and Pakistani origin respectively,...
I’m not a celebrity, but get me out of here!
Locked in a room, my every move under observation. That’s exactly where I thought I would end up when I ventured from Monument station to George Yard in London. In a courtyard off Gracechurch Street, a small sign outside the building instructed me to press the doorbell and descend to where Escape Entertainment sits, home...
Blatter Hospitalised
Sepp Blatter has been admitted to hospital in Zurich today. Blatter, 79, has been suspended as FIFA president over the legal investigation into FIFA’s financial affairs, along with his colleagues UEFA President Michel Platini and Secretary General of FIFA, Jerome Valcke. The BBC says “a small breakdown” and “nervous shock” are the reason for this...
Saudi Arabia releases British Expat
After having been arrested for possession of home-made wine in Jeddah, Saudi Arabia, in August 2014, Karl Andree has now been promised a release from prison by the Saudi government. In a country where alcohol is illegal, Andree, who spent several years living in the country, was purported to be punished with more than 300...
Biden will not seek White House in 2016
Vice President of the United States, Joe Biden, announced that he was not joining the race for the Democratic nomination. Speaking in the Rose Garden he started off with a light joke, thanking President Obama for lending him the space and Obama commenting that it was a “pretty nice place”. Biden’s announcement turned sombre quickly,...
Blatter Faces Potential Suspension From FIFA

FIFA President Joseph Blatter has been temporarily suspended by the ethical committee of FIFA. The final decision on his fate and that of Michel Platini will be made on Friday, commitee member Abdoulaye Makhtar Diop confirms, as both have come under scrutiny for suspect payments. Blatter's spokesperson Klauss Stöhlker told BBC Sport: "The news was communicated...
Russia Begins Air Strikes on Syria
Russia has begun launching air strikes in Syrian territory today with the aim of combatting enemies of President al-Assad. Reports differ as to whether this military action has affected the Islamic State and the areas it controls - the BBC reports that the United States have no intelligence to support this thesis, whereas the German news service...
Prom 30 – Friday Night with Frank Sinatra
Ol’ Blue Eyes The Proms have an age old history of bringing music to all people, and this is true today still. While I had always put off going because I didn’t think anyone would enjoy coming along to listen to classical music, not only have I learned that many of my friends would have...
Deadly On-Air Shooting in Roanoke, VA
A Roanoke VA news report at Bridgewater Plaza about the growth of the area was brutally interrupted by gunshots this morning. CBS affiliate WDBJ7 sent a crew to interview Vicki Gardner about the development, when shots were fired from behind the camera in their direction. At least six shots were fired, during which the camera...
Prom 5 review: Haydn, Gruber and Stravinsky
With the blurry impression of Royal Albert Hall framing the orchestra, a towering organ behind it, the musicians take their place. It is a smaller ensemble at first, for Haydn’s Symphony No. 85 in B flat major, also known as ‘La reine’ for its famous fan, Queen Marie Antoinette. The tuning of the string section...
SPECTRE of the Past: Bond’s personal history looms heavily
What are the knowns of Spectre? We have Daniel Craig returning to the James Bond franchise for the fourth time, in a universe that now has established Ralph Fiennes' Gareth Mallory as M, a Miss Moneypenny retired from the field, and a cynical Q. The world hasn't quickly smoothed over the symbolic destruction of what...
Bohemia: Decadence, and Humility

Bohemia in Brighton ensnares you from the moment you walk into the premises. Tucked away in the Lanes, home to many a jewellery shop or stores that sell vinyls, Bohemia is a retreat for those weary of strolling around, that fits right in. The interior decoration is an absolute dream, from the lamp fashioned out...
Belgo: Modern, Lively and a Safe but Pricey Choice

Belgo Centraal, near Covent Garden, seems very unimpressive at face value, but first impressions can be deceiving. Walking in through one of the two ground-level doors on a Saturday evening, it is busy with people buying drinks at the bar, but no sign of a restaurant that won London Restaurant of the Year in 1996....
Banglore Express: Sweet and Spicy, but Mild Overall
Bangalore Express is only a stone’s throw away from the London Monument, but it is much more difficult to find! Tucked away in a courtyard off Gracechurch Street, there is a fantastic bar right by the entrance, as well as several tables with seats, which are handy for waiting for further members in your party,...
Bond 24: UnSPECTRE-cular Announcement but Plenty of Good News
Thursday’s live-streamed announcement of the newest entry to the James Bond franchise was not as flashy as the much compared Marvel Cinematic Universe press conferences for new releases. Some even quipped it wasn’t worth live-blogging the information from the comforts of their homes or offices. However Pinewood in Gloucestershire was the setting of some interesting reveals...
A guide to losing a guy: how to turn down unwanted advances
I’m no Andie Anderson, and this isn’t the cute story of how you can do little things that drive away a guy without you intending for it to happen – and then you wind up with the guy you were meant to be with after all. It’s probably because Kate Hudson has no idea about...
The Third Three Years: Getting to Know Frank Turner
The first time I heard Frank Turner play, I dismissed him. It was only a Youtube clip of a song my friend had put up, trying to convince me to go to Frank Turner’s show at my university later that year. I wasn’t impressed and declined. Who was Frank Turner anyway? I wish I could...
Is Germany all that? 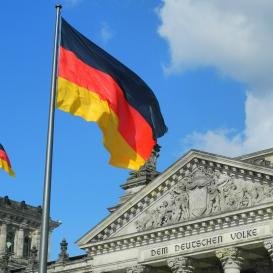 The Nation Brands Index 2014 sees Germany take the lead in the ranking of best nations, because of its "sports excellence" and other qualities like exports, governance and culture.  That sporting excellence surely refers back to the FIFA World Cup victory achieved this summer in Brazil, but according to Simon Anholt also reflects "its perceived leadership...
British MPs voted to recognise Palestine as state

Former foreign secretary William Hague declared the current British policy to be that Britain “reserves the right to recognise a Palestinian state bilaterally at the moment of our choosing and when it can best help bring about peace”. UK politicians agree that a two-state solution must be agreed. The vote on October 13 was non-binding,...