What is your favourite film?   Inception Directed by Christopher Nolan 2010, staring Leonardo DiCaprio   When, and where, was the first time you saw this film? Was it a particularly memorable day/company/experience? It was at a Cineworld, in The Corner House, Nottingham. I went with a friend, the pair of us are quite avid...
Boris Johnson – one-nation conservatism 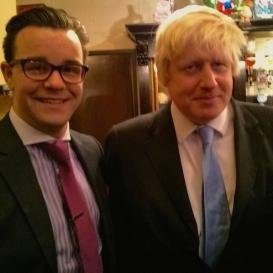 The weather was awful, the rain incessant, and to add to it, an accident on the M1 caused all sorts of bother. Making all roads, and any progress to get to Nottingham on time highly unlikely.   Perhaps I’d have been better off taking the Tram? Ahem. – This pun will make sense in due...
Cruising – It’s not just for the 50+

Conjure the image if you will, a gigantic pristine white cruise ship alongside the ports of Southampton, a staggering man-made wonder at just shy of three football pitches long, and as tall as an eight storey building. Now if you will, imagine the passengers boarding her, see anyone below the age of 60? I thought...
Vaginas: There’s more to them than meets the eye.
I think it’s appropriate to explain how it comes to be that I’m writing this. I noticed that our lovely Women’s editor, Alice Wolff, posted a link to a site called 101vagina.com. You may have now guessed what that website entails, but just in case you haven’t, yes, it is entirely about vaginas.  Before I...
In response; – Why I will be wearing a poppy, this year, and every year to come.
Four years, three months, and two weeks – a war that was four years, three months, and two weeks too long. The wearing of a poppy, and the act of remembrance has recently fast grown to be a semi-contentious issue. I’m an advocate of the right that we all bear to have our own opinion,...
When did education become so seclusive? – How technology is shaping the future of education

The days of chalk boards and slates are something that only reside in the memories of the parents of those of us that are in our mid to late twenties and early thirties at best. To ask a child in the education system of today if they remember the roll down boards, which I know...
Venezuela’s hidden truths – a disturbance of the peace 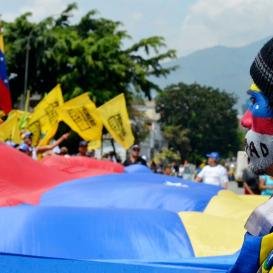 Between the Ukraine, Iraq, ISIS and Ebola, we seem to be conveniently forgetting that there are still big issues afoot in South America, particularly in Venezuela. With government turbulence, food shortages, fear and tyranny, a beautiful country is looking pretty ugly to live in. I look at an account from a Venezuelan who happens to...
Immigration – How the newspapers have it so wrong

Immigration is a topic that currently dominates the political arena, and not only inside Westminster, but on the lips of the British public as well.  This is hugely facilitated by the media and the newspapers who’s extensive coverage and continual provocation of the ‘issue’ of immigration, firmly fixes the idea of there being a problem...