4 of the biggest Twitter outbursts to haunt footballers
After Sergi Guardiola signed for Barcelona B from Alcorcón yesterday, he probably thought signing for the European champions was the start of something big for the 24-year-old midfielder. But after tweets posted back in October 2013 were seen by officials at the Catalan club, his contract was rescinded just seven hours after officially joining. Sergi...
“Evil” back-to-back fixture list causes Manchester clubs to suffer fatigue
Manchester United manager Louis van Gaal was quoted in mid-week saying: “There is no winter break and I think that is the most evil thing of this culture. It is not good for English football.” This was demonstrated in one of the biggest games of the Premier League; failing to live up to the hype and...
Allardyce keeps Sunderland run going in the Tyne-Wear Derby
Sam Allardyce has become the fourth Sunderland manager in a row to win their second game in charge against Newcastle United. A 3-0 victory at the Stadium of Light has meant for a brilliant start to life as manager for Allardyce. The controversial ex-NUFC manager took control of the tie when Fabricio Coloccini was sent off...
Chelsea front-man Costa given three game ban

Diego Costa has been handed a three match ban shortly after the Football Association lifted Gabriel’s ban. Following the Chelsea vs Arsenal match played on Saturday, both clubs had been fined for not being able to control their players on the pitch. Controversy broke out after a clash with Costa and Arsenal defender Laurent Koscielny...
Firepower lacking Red Devils drop first points of the season

Three games into the season and a 0-0 draw at Old Trafford is agonisingly disappointing for Manchester United fans who are hoping to see their side rise higher than 4th place this season. The club have had an impressive yet lackluster start to the campaign thanks to two 1-0 victories against respectable opposition in Tottenham...
Positive England gain Ashes momentum
Jubilant scenes surrounded the SWALEC towards the close of Day Four of the First Test after Moeen Ali grabbed the wicket of Josh Hazelwood. The Australian tail-ender lofted the ball straight down long-on’s throat to give England a 1-0 lead in the Ashes. The testing encounter between the Poms and Aussies proved to be an...
Sepp Blatter’s sacrificed to centralise FIFA’s power
FIFA President Sepp Blatter has announced that he is to step down from the position he has held after 17 years. The news announced at FIFA HQ in Switzerland on Tuesday afternoon followed the investigations taking place, involving other leading officials in the world’s footballing body. 1) Blatter’s fall is like the end of communism:...
Paul Pogba future remains in doubt amid frequent speculation 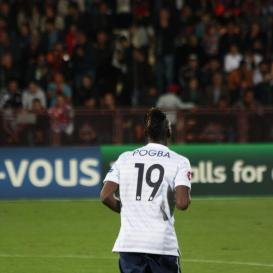 French International midfielder Paul Pogba has denied claims that he is on the verge of moving to England or Spain over the summer. The 23-year-old midfielder has a host of top European clubs after his signature after another fantastic campaign at Italian champions Juventus.   The Turin side have been dominant in Serie A where...
Barcelona to host 2015 Copa Del Rey Final 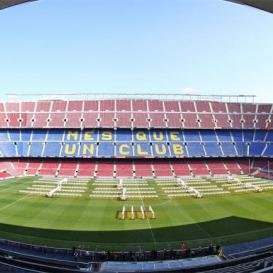 The final of Spain’s FA Cup-style competition has been announced at the Camp Nou for the tie in May. It seems a fairly simple decision given that the stadium is closer to the homes of both participants and it is the largest stadium in Spain. But behind both regions is a desire for separation from...
Los Boquerones give moral advantage to Manchester city
With Tuesday night being one of the most eagerly anticipated nights for football in the calendar year so far, Malaga were able to assist their old manager in dampening Barcelona’s spirit. The southern Spain club defeated the Catalan’s to undo their 11 game winning streak. Now Manuel Pellegrini’s new club are hoping to taking their...
Why January is so important for Liverpool FC. 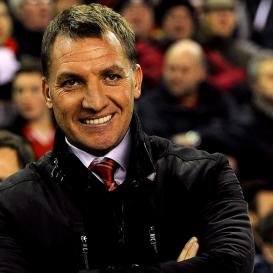 Liverpool's 3-1 loss to Crystal Palace on Sunday 23rd November was hard to take for Liverpool fans. After Rickie Lambert scored his first goal for the club in the opening stages of the game, it was a perfect start. What they did for the remaining 88 minutes of the game summarised the start to the...
Ashley holds onto Tyneside soap opera villain