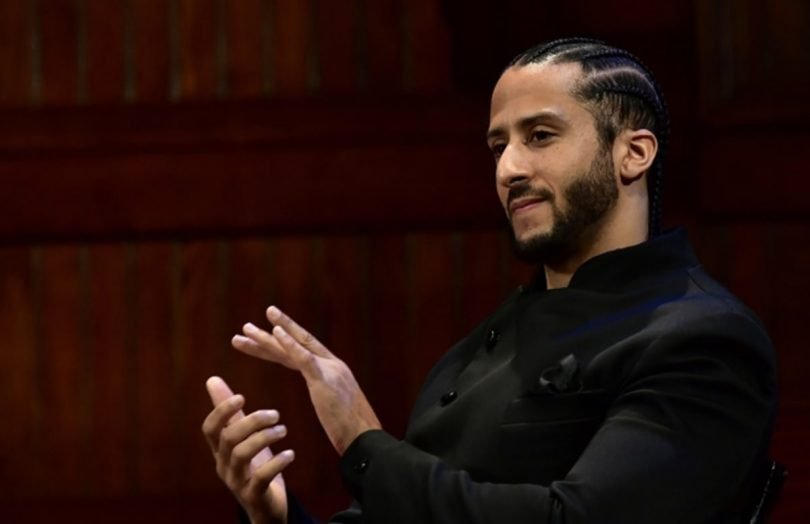 Well how did I start on this informative rant? Blame it on my girlfriend Keisha; she re-posted a post originally on twitter, by an artist who was dishing out informative ways of handling the situation pertaining to the NFL penalising their employees for peaceful protesting. The gist of the message was to reach out to the sponsors of the NFL and let them know that we, the public, are not comfortable with their support of a company that tries to stifle freedom of expression, in the form of peacefully protesting.

So I heeded the message and took it upon myself, as a member of the human race, to perform this duty and inform you of whom some of those companies are. My intentions are to remind you that we do have alternatives, if we are uncomfortable with whom these sponsors support we can remove our support from them, by not spending our hard earned money on their products.

It is 2019 we have choices galore, we may have to repeat what we did to H&M and Starbucks and pull a move like the mobile phone advert (NFL and your sponsors can you hear us now), to make it clear to them that threatening our rights is a state of emergency. This is not an exaggeration, today it is we cannot exercise our right to kneel tomorrow it will be we cannot speak unless they give us permission.

So let’s get to the meat of the matter here is a list of a few of the top tier companies associated with sponsoring the NFL, there are definitely more but here are a few of the top tier. Visa and MasterCard, Ford Motors who are owned by the vanguard group and Evercore wealth management, Nike and Microsoft McDonalds, PepsiCo Anhueser-Busch and Bridgestone corps.  Hearing some of the names mentioned especially those we are not familiar with, may just go through one ear and out the other because  we associate these brands with millions and billions of dollars and that seems so far removed, from the way in which the majority of us live our lives. The truth is they are a lot closer to us than we realise. Their lavish lives are enabled based on how we spend our cash.

Every time we use our Visa or MasterCard we support a company that sponsors the NFL and does not support peaceful protesting. We have all heard the saying and probably used it at some point in our lives, actions speak louder than words.  The companies I have mentioned and others I have not mentioned but feel free to Google, have chosen to show us what is important to them by way of sponsoring the NFL.

Basically they hear us loud and clear when we swipe those cards but tell us to please “stfu” about issues that affect us.  The NFL and its sponsors need to be reminded that many of those players still have brothers and sisters, cousins, aunts, uncles, friends and grandparents that still live in areas where injustice is part of their environment. How dare the NFL ask these players to turn their backs on their families and friends when those family members support that organization year after year, by tuning in to watch and attend the games. Here are some alternatives, people – go research Union pay and Rupay.

Ford motors sponsor the NFL. The all-American, patriotic company owns 8 percent in British company Aston Martin, they have 49 percent stake in Jiangling of China, which has Changan Ford, as well as stakes in Taiwan, Turkey, Russia and Australia. In 2018 the USA again proposed sanctions against China, a country that Ford Motors does business with, yet Ford Motors stands with the NFL’s decision to penalise tax-paying citizens, who are American football players.

When you support the NFL via sponsorship, you make a statement.  There are other affordable car companies: Toyota, Volkswagen, Hyundai-kia too much to mention.  If Ford Motors has no problems rubbing hands with other countries, even those sanctioned by the USA then we the public don’t need to feel guilty about where we spend our money.

McDonalds chairman is Enrique Hernandez of Mexican and American decent, he also supported a party that promoted building a wall to keep his fellow Mexican natives out. In this era there are so many other alternatives if fast-food is your thing.

PepsiCo sponsors the NFL. A few of the brands affiliated with PepsiCo are: Frito lay, Tropicana, Quaker Oats and Gatorade – they also own Starbucks.  Surprisingly PepsiCo’s leadership rostra looks very diverse. Chairman is Indra nooyi, the scientific officer for the company is Mehmood Khan, President for Greater China region is Ram Krishnan, President of Latin America Luis Montoya and Mexico rep is Pedro Padierna. My question to them is why the silence? I urge you, the public, go and check out PepsiCo’s site you too will be shocked at the amount of people of colour on their executive rostra.

When we shop at the super market we need to intentionally be aware of the alternatives and the other hundreds of choices available to us when spending our money.

Anhueser Busch are sponsors of the NFL, their affiliates are Molsen-Coors, Asahi Breweries and Coco Cola Company, they also have affiliates listed on the stock exchange in Mexico as well as South African commercial brewery, Castle Brewery. Here are some names to be aware of that they own: Budweiser, Stella Artois, Becks, Bud light, Michelob and Bacardi.  The alcoholic beverage aisle in the supermarkets offer so many alternative choices regarding bear and liquor, choices today are limitless from low-calorie to organic beverages containing alcohol.  Remember these companies need to earn the right to our  hard working dollars.

It’s clear from the limitless brands trying to get our attention every which way we turn that choice is clearly not an issue; this is not the stone-age, when some of these companies I mentioned were formed. We have choices, so I am simply saying choose wisely when it comes to who we spend our money with and on. These companies are clearly exercising their choice to sponsor an organisation like the NFL, who chooses money over humanity, choice and peaceful protest. Employee’s rights obviously carry no weight over at the NFL.