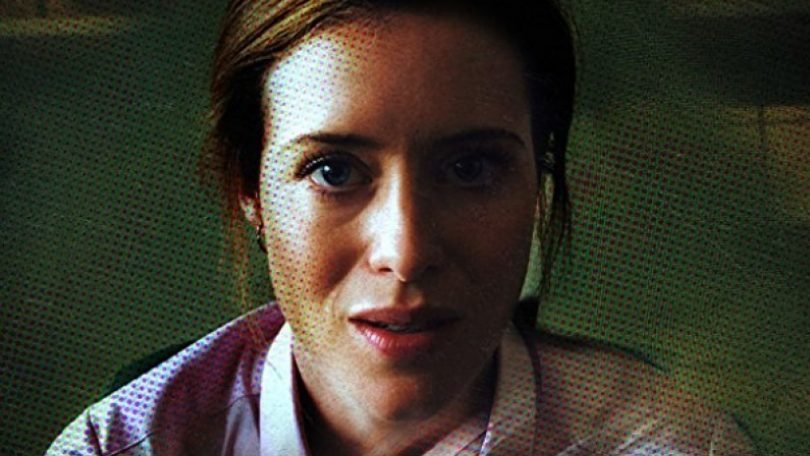 An unnerving psychological horror, Unsane follows the story of troubled Sawyer Valentini (Claire Foy) who was mercilessly stalked in her previous residence. Still plagued by memories of her stalker, Sawyer visits a psychiatrist who involuntarily admits into a psychiatric unit. However, after coming face to face with one of the hospital staff, Sawyer is convinced that her stalker has followed her to the unit, but she is right or is it just a result of her delusion?

In the opening scene, viewers are indirectly introduced to Sawyer’s stalker David Strine (Joshua Leonard) in the form of a voiceover. He can be heard telling a woman that he likes her in the colour blue. The scene then cuts to victim Sawyer who is seen working as a salesperson in Philadelphia after having moved from Boston. Later whilst talking on the phone to her mum, the camera zooms out to a haunting long-shot giving the impression that she is being watched. Later, Sawyer meets up with a Tinder date, however after suffering a panic attack spends the rest of the evening locked in the bathroom away from him.

The plot really starts to thicken when Sawyer visits a counsellor at the Highland Creek facility to discuss her ordeal. However, after revealing that she has thoughts of suicide, the counsellor suggests she sign for further counselling sessions.

Nevertheless, unbeknown to her, she is then involuntarily whisked away to a secure physiatrist unit where she is told she will be committed for 24 hours. Things take a more violent turn when Sawyer meets patient Violet (Juno Temple) who threatens to stab her with a makeshift knife. To make matters work worse, whilst attempting to escape, Sawyer knees patient Jacob (Raul Castillo) in the groin and slaps a doctor thinking he was David Strine.

Later, Sawyer sees Dr. Hawthorne (Gibson Frazier) who informs her that due to her outbursts he is keeping her in the unit for a week. The plot takes a more exhilarating turn when comes face to face with ‘George Shaw’, a nurse who is been instructed to administer her medication. After trying to convince hospital staff that George is actually her stalker David Strine, Sawyer is restrained and taken back the ward, but not before he hands her a letter belonging to her mother Angela (Amy Irving).

Subsequently, Sawyer finds out that patient Nate (Jay Pharoah) has been hiding a phone. She uses this to call her mother Angela who later comes to visit her. However, following this, Angela is paid a visit by a maintenance man, who in an unnerving twist, is revealed to be David. At the hospital, Nate, who has been spending a considerable amount of time with Sawyer informs her that Highland Creek is an insurance scam, in which patients who are not actually unwell are admitted for extended periods of time for money. After seeing the two together, David in a jealous fit of rage assaults Nate, leading to some devastating consequences.

After several altercations with patients and hospital staff, Sawyer is taken to solitary confinement. There she is visited by David who begs her to come and live with him in a cabin in the woods. She agrees on the basis that David has sexual intercourse with another woman in front of her and suggests he bring patient Violet. The climatic moment comes as David brings Violet downstairs. After assaulting her, Sawyer steals her make-shift knife, stabbing David and breaking free of confinement. After her escape, Sawyer hides, but it’s not long before David catches up with her.

Director Steven Soderbergh has impressed yet again with another nail-biting, psychological thriller to add to a catalogue of highly successful films including Magic Mike (2012), Side Effects (2013) and Logan Lucky (2017). Soderbergh’s ability to create suspense and anticipation is second to none. This is particularly apparent in the scene in which Sawyer meets Nurse ‘George Shaw’ who She claims to be David in disguise. However, as Soderbergh has never revealed with David looks like the suspense in the scene is heightened as her outburst and his denial of being David casts doubt on whether Sawyer is actually sane and therefore should be in the unit.

One of the most exhilarating aspects of the film is the clever use of close-ups and long shots. Close-ups are usually used in movies to make the character the focal point, convey their emotions to the public and show their intent. This shot is particularly effective in the scene in which Dr. Hawthorne tells Sawyer she is to be kept in for a further seven days following her outburst. The camera then focuses in on Sawyer’s face in an attempt to make the audience question her sanity. Claire Foy herself also does a great job of creating this doubt.

Close-ups are also used for David’s character which actor Joshua Leonard utilises perfectly to reinforce doubts about Sawyers sanity as well as to highlight his strange mannerisms.

Equally, long shots which are used to give more context to a scene are also utilised by Soderbergh. These shots are often used in the movie to capture Sawyer from afar giving the eerie impression that someone is watching her. This makes the film more realistic and frightening as stalking affects many people’s lives.

Whilst Unsane as a whole is well-executed, thrilling and intense, there is one particular scene which should have been made clearer. Following her visit to the hospital as well as a lawyer to discuss her daughter’s stalker David, Angela goes back to her hotel room. She soon receives a visit from the maintenance man, who is revealed as David. However, after this scene, there is no mention of Angela or whether David has killed her or not. Later on, a body is found in the woods, which is eventually revealed to be the real George Shaw, but this could easily be confused with the body of Angela as the face wasn’t shown.

Unsane was released into cinemas on the 23rd March 2018 in the UK and is currently available to buy on DVD and Blu-ray.