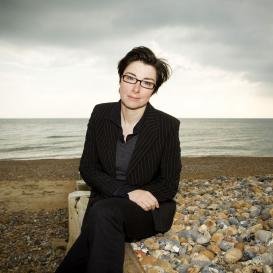 “Guys, post the utterly fabricated story about me & Top Gear, my timeline has been full of blokes wishing me dead…”

That is how, in a series of three tweets on 14 April, the comedian and personality Sue Perkins began the message that she was to take a leave of using Twitter.

The presenter of programmes including The Great British Bake Off had been subject to abuse from users of the social network after it had been suggested that she would be taking over presenting the BBC’s car programme, Top Gear, after the departure of its controversial presenter, Jeremy Clarkson.

Guys, post the utterly fabricated story about me & Top Gear, my timeline has been full of blokes wishing me dead…

This morning, someone suggested they’d like to see me burn to death.

All of which goes to say that I am off Twitter for a bit. Love and peace x

The actions had taken place after the release of a story based on bookmaking from the London based bookmaker Coral, which had suggested on 9 April that she was a new favourite to replace Clarkson. Clarkson had his contract with the BBC not renewed after punching a Top Gear producer in the face, and the broadcaster is looking into ways to bring the programme back, according to a statement issued from its Director-General, Lord Hall.

“This latest gamble suggests that Sue Perkins is being lined up to replace Jeremy Clarkson on Top Gear,” wrote Nicola McGeady of the firm on a post on Coral’s web site. “When betting first opened on Clarkson’s successor, it was one-way traffic for Jodie Kidd and now today’s flutter has convinced us that a female is in the driving seat.”

That information was then circulated onto reports from the Press Association, which then appeared on several newspaper web sites, including the Daily Telegraph. Perkins denied that she would be presenting the programme, and said the story was utterly fabricated.

Reached by telephone, David Stevens, a spokesman for Coral, said another bet was taken and it was suggested that Philip Glenister would take over from Clarkson, but the firm made the decision to suspend the betting on 12 April. Stevens declined to comment on the reporting and Perkins’ decision to leave Twitter.

After Perkins’ announcement, tweets of support were forthcoming.

@sueperkins there are some awful and sad humans out there. How pathetic. ps you absolutely rock!

@sueperkins come back. That’s all.

@sueperkins Try not to let them get to you. There are some thoroughly warped people about. I like to believe there are more who aren’t x

The case of Perkins’ announcement comes as Twitter tries to cope with the issue of trolling, as its chief executive, Dick Costolo, acknowledged that there was a problem with handling abuse on the site.

“I’m frankly ashamed of how poorly we’ve dealt with this issue during my tenure as CEO,” Costolo wrote in a memo according to a report in The Guardian. “It’s absurd. There’s no excuse for it. I take full responsibility for not being more aggressive on this front. It’s nobody else’s fault but mine, and it’s embarrassing.”

So what can be done to prevent cases like Perkins from happening again? Reached by email, Zoe Amar, a marketing and digital communications consultant, says more action must be taken from Twitter to tackle abuse.

“Twitter has reportedly tripled the size of its user protection team recently, and invested in tools to improve its capabilities to spot and deal with abusive content,” Amar said. “However, it has also stressed that it does not want to limit free speech. This isn’t good enough. Twitter needs to own the problem and invest more resources in tackling it, or it will lose more users and its share price will tank.”

Amar said though that trolls are limited in the extent of overall social media users.

“For every troll, there are hundreds of social media users like you and me who simply want to stay in touch with friends, find useful information or network,” Amar said. “We can’t let the actions of a few stop us from having valuable conversations.”

Amar says abuse can be reduced only if teams at social networks can take a lead at reducing the issue. Indeed, issues have been raised with Twitter abuse, including in 2013 with the arrest of two people who had abused the campaigner Caroline Criado-Perez on the social platform.

Yet, while the social networks work on strategy to tackle abuse, individual users can play a role as well.

“Trolls are like playground bullies,” Amar said. “By calling out and reporting bad behaviour on social media and sharing positive content we can show trolls that they are very much in the minority.”

What do you think? Is enough being done to take on abuse on Twitter? Can incidents like the one with Sue Perkins be prevented from happening again? Have your say in the comments section below.