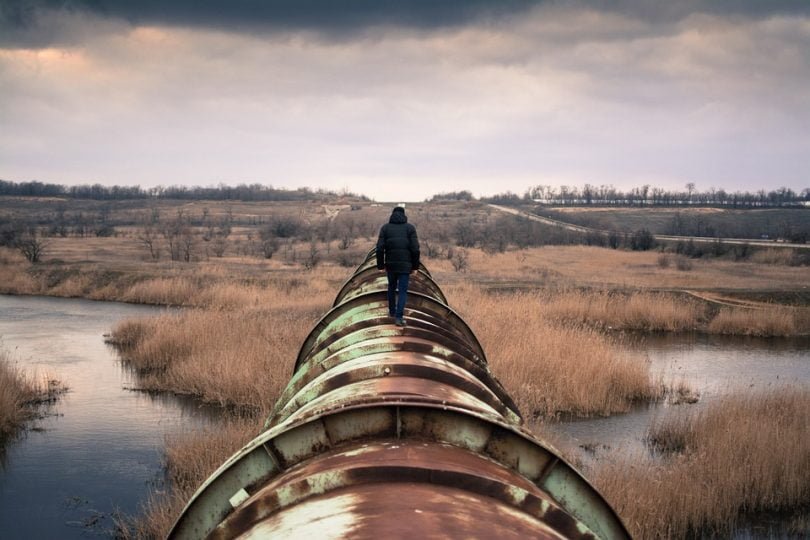 Keystone XL and the Dakota Access oil pipelines were fervently opposed by many and amassed huge media attention due to the protests at Standing Rock and celebrities that disputed it.

For environmentalists this is a President worth fearing. A man in charge of federal funding for climate change and the power to slow the country's use of pollutants  believes that climate change is a 'hoax' invented by the Chinese to make 'U.S. manufacturing non competitive.'

The President said that he supported the pipelines because they are good for ‘all Americans’ bringing wealth and jobs to many people. Trump held shares worth hundreds of thousands of dollars up until the summer of 2016 in two of the major partner companies, Energy Transfer Partners and Phillips 66.

He also received over $100,000 to his presidential campaign from Energy Transfer CEO Kelcy Warren but was quick to downplay any links saying that his support has 'nothing to do with his personal investments.'

His Secretary of State, Rex Tillerson, is also former head of oil conglomerate Exxon Mobil which begs the question if these pipelines are good for ‘all Americans’ or just his friends.

The new head of the Environmental Protection Agency, EPA, is Scott Pruitt. A man who according to the NYT held a secretive alliance with oil companies to combat any environmental regulations put forward by the Obama administration.

The EPA has also been banned by Trump from giving updates on social media, speaking to reporters, officials and have had their grants frozen.

Ryan Zinke is the nominee for Department of Interior and argues that Volcanos are to blame for the amount of CO2 in the atmosphere. Rick Perry, former governor of the Lone Star State, says that, "Calling CO2 a pollutant is a disservice to the world followed by "I'm not a scientist."

The list stretches to the new director of the CIA and of course Mr Tillerson. To have these people, some in charge of carrying out jobs aimed at reducing an effect they do not even believe in, is fundamental insanity.

We as a world community are at a point where we must reduce our carbon footprint. The USA produces more carbon dioxide emissions than the whole of the EU and is second only to China.

A four-year term of encouraging extra pollution, while doing nothing to reduce the emissions, will leave future Presidents with a problem that should be secondary and not as urgent.

It would not surprise me if Donald Trump allowed companies to forego regulations, standardised checks and poor upkeep that will lead to a major environmental disaster like the Exxon Valdez or Deepwater Horizon.