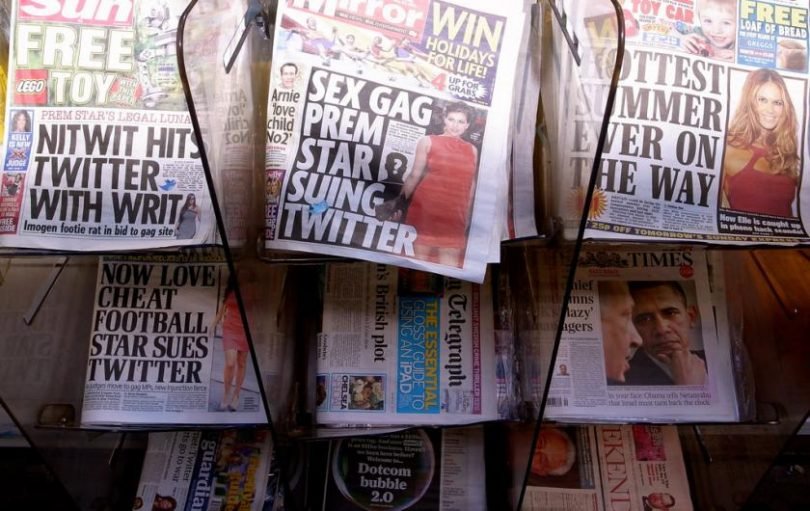 The UK tabloid market could be about to get a lot smaller, as in a deal worth £130m the Trinity Mirror group is in discussions with tabloid tycoon Richard Desmond to buy 100 per cent of his publication stable Northern and Shell (N&S).

The group, which publishes the Daily Mirror, is reported to have made a direct offer to Desmond’s Northern & Shell within the last few weeks, making a deal in the process of being brokered by former Mirror employee David Montgomery to bring together the back office and sales of the two groups redundant.

Although the two publications have previously held unsuccessful talks over a potential deal two years ago, it is thought that a deal is more likely to succeed this time around due to both deterioration in the tabloid market and Desmond’s desire to move away from his media assets into property. The breakdown of talks two years ago ignited a price war between Desmond’s tabloids, as he drastically reduced the cover price in an attempt to undercut rivals.

If approved, the merger would bring two very politically different papers into the same stable – the Daily Mirror has staunchly supported the Labour Party in recent years, while Desmond’s Daily Express has been a vocal supporter of Brexit (the media mogul donated £1m to UKIP ahead of June’s General Election and has appointed a UKIP peer as his Deputy Chairman).

Although Trinity Mirror is likely to consider sharing editorial content across the publications in the event of a successful deal, the stark political differences in their leanings could make it difficult to do so.

The combined circulation of all three tabloids (625,278 for the Mirror, 380,632 for the Express and 421,812 for the Daily Star according to Press Gazette) would also still be lower than that of News Corp owned rival The Sun, which sells 1,568,250. Associated Newspapers’ Tabloids maintain a vice-like grip on the tabloid market, as the Metro and Mail have a total combined circulation of nearly £3m.

Concerns have also already been raised by organisations, including the National Union of Journalists (NUJ), about the effect that such a deal could have on media plurality. The union’s Acting General Secretary told the Guardian that it believed separate editorial structures for each paper were the best way to maintain independence.

Trinity Mirror have a track record of buying then CLOSING papers. I wish them God-speed in their take-over of Daily Express #StopFundingHate

N&S’ loss-making magazine business, which includes the celebrity news and gossip magazine OK!, could also be under threat if any deal is reached. Although OK! Is profitable, others, including Star (not to be confused with the newspaper), are struggling to break even and could possibly be closed.

Whatever the impact of a deal on the media outlets currently owned by Desmond, it is likely that a successful agreement would benefit him financially. Express Newspapers was originally acquired by Northern and Shell in 2000 for £125m, meaning a sale for £130m in the current market on top of profits made over the last 17 years would represent a coup for the media tycoon.